The footage also features the 'MONTERO (Call Me by Your Name)' dancing naked in the shower along with a number of male dancers before he escapes from prison.

AceShowbiz - Lil Nas X proves that no one can stop him, including homophobic trolls. The "Old Town Road" hitmaker, who is no stranger to clapping back at haters, continues to take aim at them through "Industry Baby" music video ft. Jack Harlow.

The clip, which was dropped on Friday, July 23, begins with the MC being sentenced jail time at "Montero State Prison" because he is gay. Despite being locked up, he seems to have a great time in the prison as he boasts about his Grammys and a framed platinum record.

The footage also features Nas X spanking and throwing money at his twerking cellmates. He goes on to make jaw drop by dancing naked in the jailhouse shower with his fellow nude male prisoners.

"I told you long ago on the road/ I got what they waiting for/ I don't run from nothing, dog/ Get your soldiers, tell 'em I ain't layin' low/ You was never really rooting for me anyway," he sings. "When I'm back up at the top, I wanna hear you say/ He don't run from nothin', dog/ Get your soldiers, tell 'em that the break is over."

Nas X then tries to break out of prison with the help of Jack, who gives him a hammer inside a book. He then carves into the wall of his cell, imitating Tim Robbins' Andy Dufresne in 1994's "Shawshank Redemption". He then manages to escape from prison and lives his new life.

The video came just days after Nas X unleashed a teaser of "Industry Baby". In the satirical video, the 22-year-old star seemingly poked fun at Nike's lawsuit over his "Satan Shoes", which sparked backlash back in March.

Nas X, who came under fire in late June for kissing his male dancer during BET Awards 2021 performance, then turned to Twitter to remind parents who may complain about the explicit music video. "Saying this in advance so y'all won't blame me. THE INDUSTRY BABY VIDEO IS NOT FOR YOUR KIDS!" he declared. 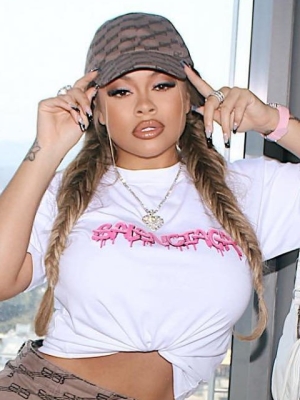