'The Morning Show' actress explains what made her finally take the leap in saying yes to play the lead role of Ravonna Renslayer in the highly anticipated Marvel series, 'Loki'.

AceShowbiz - "Loki" star Gugu Mbatha-Raw previously turned down comic book roles over concerns of their depictions of violence and representation of women.

"The Morning Show" actress has landed the lead role of Ravonna Renslayer in the Disney+ series, opposite Tom Hiddleston, which is based on his character, Loki, from the "Thor" and "The Avengers" movies. And in an interview with Porter, she admitted to previously walking away from superhero roles due to creative concerns and the restrictive contracts that are often involved.

"There have been a few I've auditioned for and not got," the 38-year-old tells the publication. "And one or two [that] I got and turned down. Sometimes [the role] was so secretive, I was like, I'm not signing up to something where I don't know what it is."

She continues, "Sometimes I wasn't sure the character was going to have enough layers. Sometimes the tone of the piece just wasn't to my taste: how the violence is depicted, how the women are represented. Those things are important to me."

The "Beyond the Lights" star finally made the leap to take a role in the highly anticipated Marvel series, and when asked what changed her mind, she explains, "For a start, it was exciting that Kate Herron was directing all six episodes," Mbatha-Raw says of the writer-director of Netflix's hit show "Sex Education". "Also, having been to drama school with Tom Hiddleston, there was a lovely circle of life about working on something together at this point."

Both stars studied at London's prestigious Royal Academy of Dramatic Art, though the "Belle" actress explains she was in the year above Hiddleston, 40, so they didn't share any classes. However, she admits he did make an impression.

She says, "He was blond. Sort of angelic. He seemed very...centered is probably the best word."

Another draw for the star's involvement in "Loki" was it was pitched to her as Ravonna's "origin story".

"That was exciting, to be able to take ownership of a character pre the comics. She's an authoritative character. Morally ambiguous. "She has to make some difficult choices. I loved that there is a complexity to her that I hadn't seen in any of the [superhero] roles that had come my way before."

Tom Hiddleston on Loki Coming Out as Bisexual: It's Such an 'Important' Moment 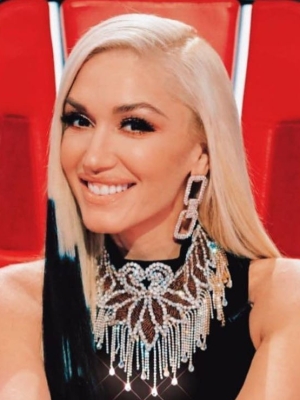