While the Hulk depicter of MCU admits that the use of the term to condemn Israel's attack on Palestine was 'hyperbole,' others are disappointed in him as they think that 'the term genocide is fitting.'

AceShowbiz - Mark Ruffalo has found himself catching heat over his latest tweet about the Israel-Palestine conflict. The actor, who has never held himself back in weighing in on social and political issues, has just toned down his criticism at Israel's attack on Palestine, but that only earned him criticism.

On Monday, May 24, the "Spotlight" star took to Twitter to share his thought after a moment of reflection. Regretting his use of the term "genocide" to describe Israel's attack in Gaza, he posted a statement of apology.

"I have reflected & wanted to apologize for posts during the recent Israel/Hamas fighting that suggested Israel is committing 'genocide'," so the 53-year-old wrote. Admitting that "it's not accurate, it's inflammatory, disrespectful & is being used to justify antisemitism here & abroad," he implored, "Now is the time to avoid hyperbole."

However, many were disappointed in him as they believe that the "the term genocide is fitting" to describe the current situation. "no, you were right the first time - see this heat so of the attacks on Gaza, and it's such a shame that you've chosen to conflate criticism of the state of Israel's atrocities with anti-Semitism. It isn't and should never be used to justify racism. You are part of the problem," one person criticized Mark's tweet, stressing, "It is genocide, it is ethnic cleansing. Shame job. Spineless." 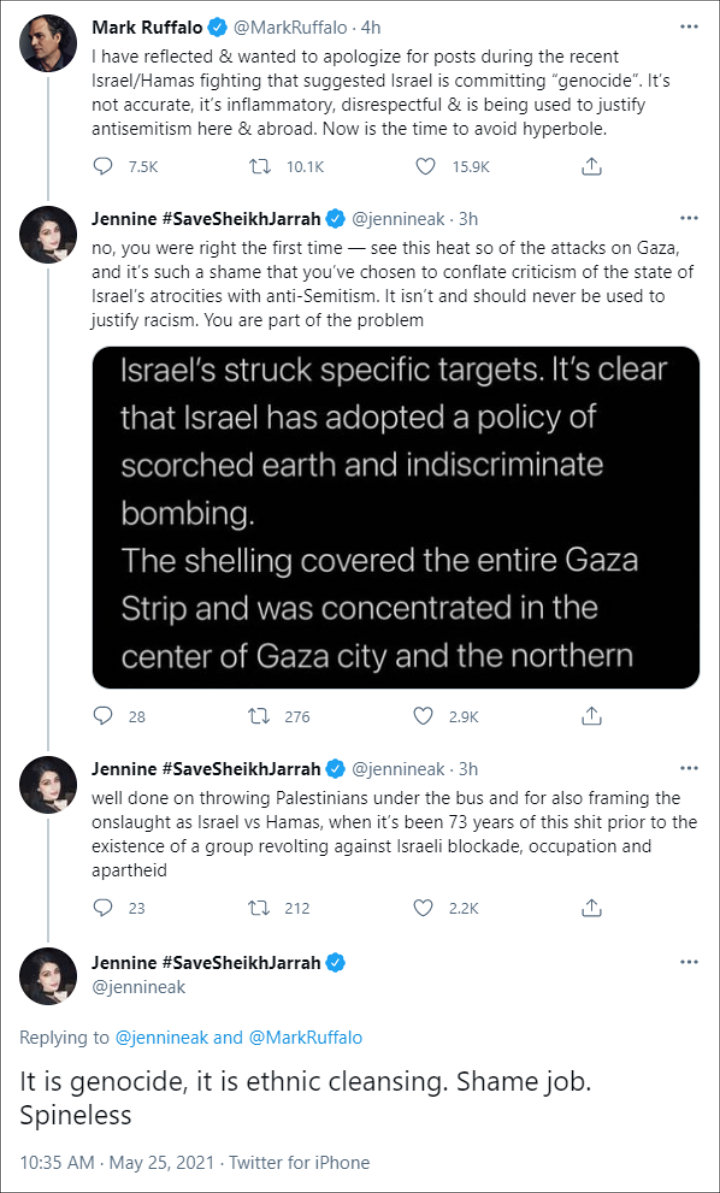 Another wrote back to the "Avengers: Endgame" actor, "Hey, Mark. I love and respect your activism, but take it from a Jew, the term genocide is fitting since it is indeed the aim of Zionism to remove every Arab from the land, which has been done by ethnic cleansing and mass murders. Its really important to focus on the actual violence that Israel is doing to Palestinians, and not let ourselves be distracted. Thank you for being a decent human." 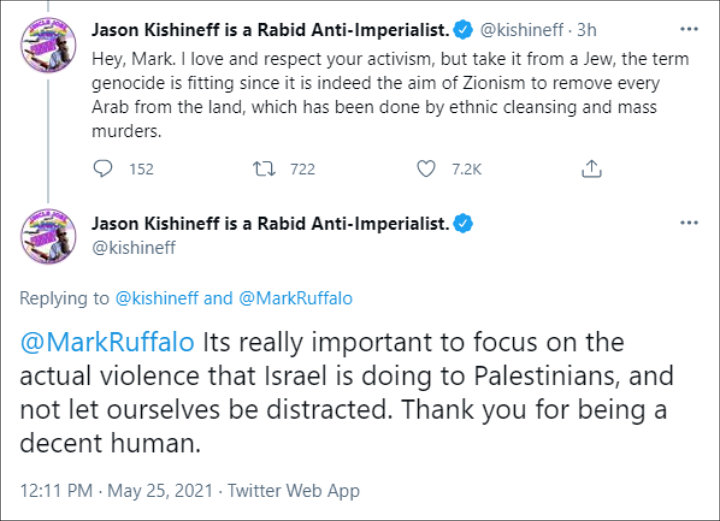 A third user commented, "you should tell the families of the 200+ murdered palestinians in gaza that were declared enemy combatants in the latest idf propaganda that their occupiers aren't actually committing ethnic cleansing when they 'mowed the lawn' last week." 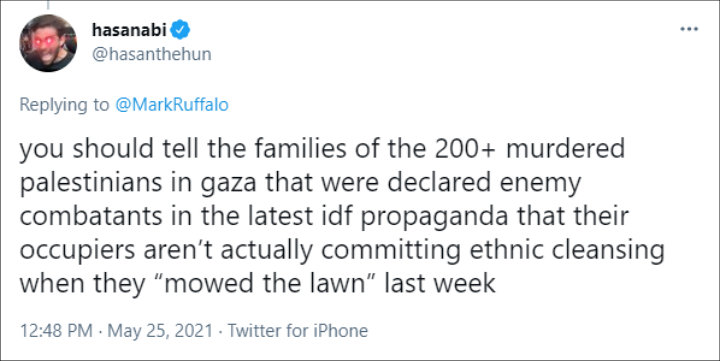 Another criticized the actor.

It's unclear which tweet Mark referred to that he apologized for, but back in October 2020, he referred to the Israel-Palestine conflict and the division between the two as a "kind of apartheid" while speaking to television host Mehdi Hasan on his self-titled NBC program.

He accused the Israeli government of carrying out "asymmetrical warfare" against the Palestinian people, and tied in United States support for Israel as plainly aiding and abetting the separation and the "violence acted upon them."

Meanwhile, in March of this year, he tweeted in support of Palestine, "1500 Palestinians face expulsion in #Jerusalem. 200 protesters have been injured. 9 children have been killed. Sanctions on South Africa helped free its black people - it's time for sanctions on Israel to free Palestinians. Join the call. #SheikhJarrah."