AceShowbiz - JT and Lil Uzi Vert's ex-girlfriend Brittany Byrd seemingly are not planning to stop feuding. The two ladies kept exchanging insults on social media as Brittany suggested that the raptress was the victim of domestic abuse.

"I offer this to every young girl, every woman or young person following me to never give your whole life to a man, never let a man use you to attack another woman, don't allow yourself to be abused, confused, misused enough to become an abuser," so Brittany said, seemingly referring to the City Girls rapper. "I'm too much of a womanist I am too much of a feminist to, ever allow myself to hate you."

She went on saying, "You can call me homeless, but I saw you get three-pieced like a person in a Mayweather fight and asking for a hotel room and a safe environment and it just didn't make me feel good to see that, it made me feel sorry for the girls who think that abuse is okay. You can call me everything but a child of God but I never wanna see a woman get beat, I wanna use this platform for good forreal."

Catching wind of the remarks, JT responded to them in an Instagram Story. "I never saw that sick a*s b***h a day of my life!!" she wrote fiercely.

JT and Brittany started beefing after the latter appeared to mock JT and Lil Uzi's cover for men's fashion magazine Arena Homme+. At the time, JT clapped back on Twitter, "All jokes aside for someone who left someone the obsession is real, move on ... be happy live your life!"

"She sneak diss me all the time saying I'm trying to be her I'm her son, please tell me how? You the one put on a wig after you got left," she went on to say. "B***h has nothing to show for that long pointless a*s relationship just drip pics & text messages! You not a baby mama wife nothing move on animated grasshopper."

JT Admits to Having Breast Implants, Considers 'a Redo'

JT Savagely Claps Back at a Troll Who Calls Her 'Rude' 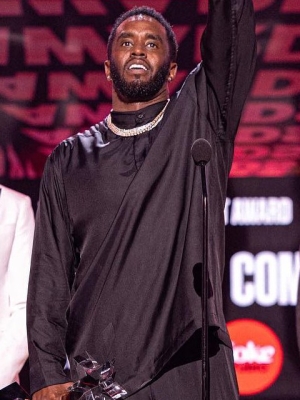