The 'Nasty' singer is preparing for her first NFT collection to celebrate the 35th anniversary of her 1986 studio album with part of the proceeds going to charity.

AceShowbiz - Janet Jackson will celebrate the 35th anniversary of her acclaimed LP "Control" with a series of NFTs.

The influential record was her third solo record and included hits such as "What Have You Done for Me Lately", "Nasty", and "When I Think of You".

And following the milestone anniversary in February, the 54-year-old music icon has partnered with gaming and augmented reality firm RTFKT on the NFTs and "augmented experiences" for her fans.

What's more, Janet is donating part of the money made from the NFTs to the American child sponsorship and Christian humanitarian aid organisation, Compassion International.

Randy Jackson, the founder of The Association Entertainment Corporation, said in a statement, "Once again technology through NFTs creates a new lane for artists to express their art in an innovative way throughout the world."

"RTFKT is the leader in this medium. Janet and I are grateful to be working with them."

RTFKT President and Chief Strategy Officer, Rocky Mudaliar, added, "Janet's longevity is a testament to her forward-thinking. Working with Randy Jackson, Janet and the Rhythm Nation team has been creatively refreshing."

"Our partnership will bring rare and highly interactive experiences to the blockchain and social media. We are thrilled to welcome Janet Jackson to the RTFKT family."

Non-fungible tokens (NFTs) are an emerging market within blockchain where single-impression unique digital art and goods known as the "token" can be sold.

"And I want to thank all of you for making 'Control' number one once again after 35 years. I never, never in a million years, I would never think that this would happen. I really appreciate you and I love you so, so much. Thank you."

Britney's Dad Fires Back at Mom, Accuses Her of Exploiting the Star's Pain 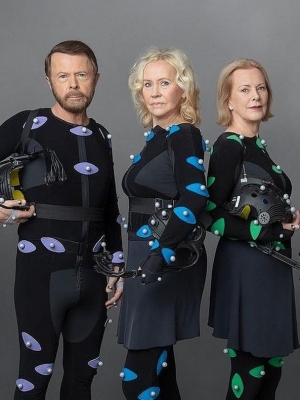