On his Instagram Story, the longtime partner Meagan Camper offers a look at his little daughter Marvel Jane, who just turned 3, with one featuring them wearing protective face mask.

AceShowbiz - Pete Wentz is a proud father to an adorable daughter. Congratulating Marvel Jane for turning 3 years old, the Fall Out Boy bassist made use of his Instagram Stories to share rare photos of his little girl with longtime partner Meagan Camper.

In the first Story Pete posted on Tuesday, April 20, Marvel could be seen standing before a Los Angeles massive fountain in a cute blue floral dress. In the second one, the birthday girl was seen posing for a selfie with her rocker father. The two of them covered their faces with different colored masks. Over the selfie snap, Pete wrote, "She's helping me figure it all out." 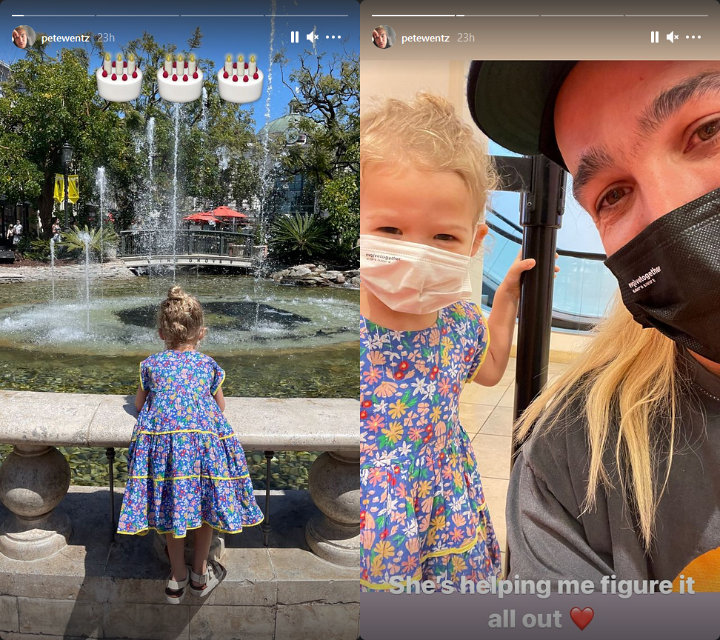 Pete's partner Meagan has also shared the intimate moment on her Instagram Story. The 31-year-old beauty wrote, "Happy Birthday Marvel Jane Love." She included a photo displaying a sweet mother-daughter moment in which the two shared a kiss on the lips while enjoying an oceanfront dinner. 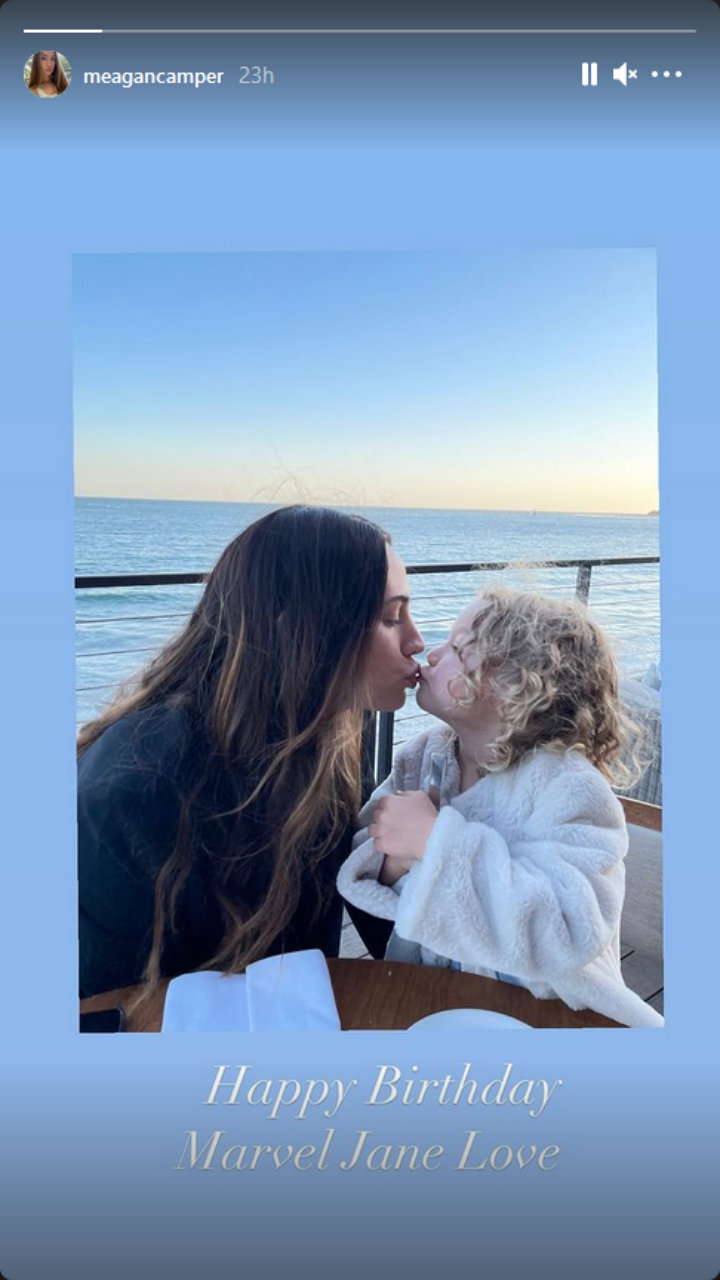 Meagan Camper shares photo of her and birthday daughter Marvel.

Before welcoming Marvel, Pete told PEOPLE in 2018 about wanting to have a daughter. "We have a lot of testosterone in our house," he said. "I see my friends who have daughters, and it seems like a whole different kind of love that they have for each other, so I look forward to that being a completely new journey. Hopefully it'll bring some balance to our home!"

Pete and Meagan also share 6-year-old son Saint together. The couple has been together since 2011. The 41-year-old rocker additionally has a 12-year-old son whom he shares with ex-wife Ashlee Simpson. He was married to her from 2008 to 2011.

About co-parenting Bronx with Ashlee, Pete previously shared, "We co-parent really well. I have to say, I have really good co-parents to deal with. [Ashlee and Evan] are both communicative and easygoing."

"For Bronx, it's basically the only life he's really known," the rocker added. "So it's normal to him, and he's really good at it. Our schedules can be crazy, so we've been good about making sure Bronx has balance."