Before suggesting The Bigg Chill to label their food more inclusively, the 'Heart Attack' hitmaker launches the hashtag 'Diet Culture Vultures' to fire back at 'harmful messaging from brands.'

AceShowbiz - Demi Lovato is taking issue with the frozen yogurt shop's advertisement of its diet products. One year after addressing the effect of her extreme dieting, the "Heart Attack" hitmaker publicly called out The Bigg Chill for not offering "clearer messaging" when they promote their sugar-free options.

Making use of Instagram, the 28-year-old begged the fro-yo shop to label their diet products more inclusively. In a Story she posted on Sunday, April 18, she wrote, "I was thinking, maybe it would help if you made it more clear that the sugar free options and vegan options are for that. Labeling the snacks for celiac or diabetes or vegans." 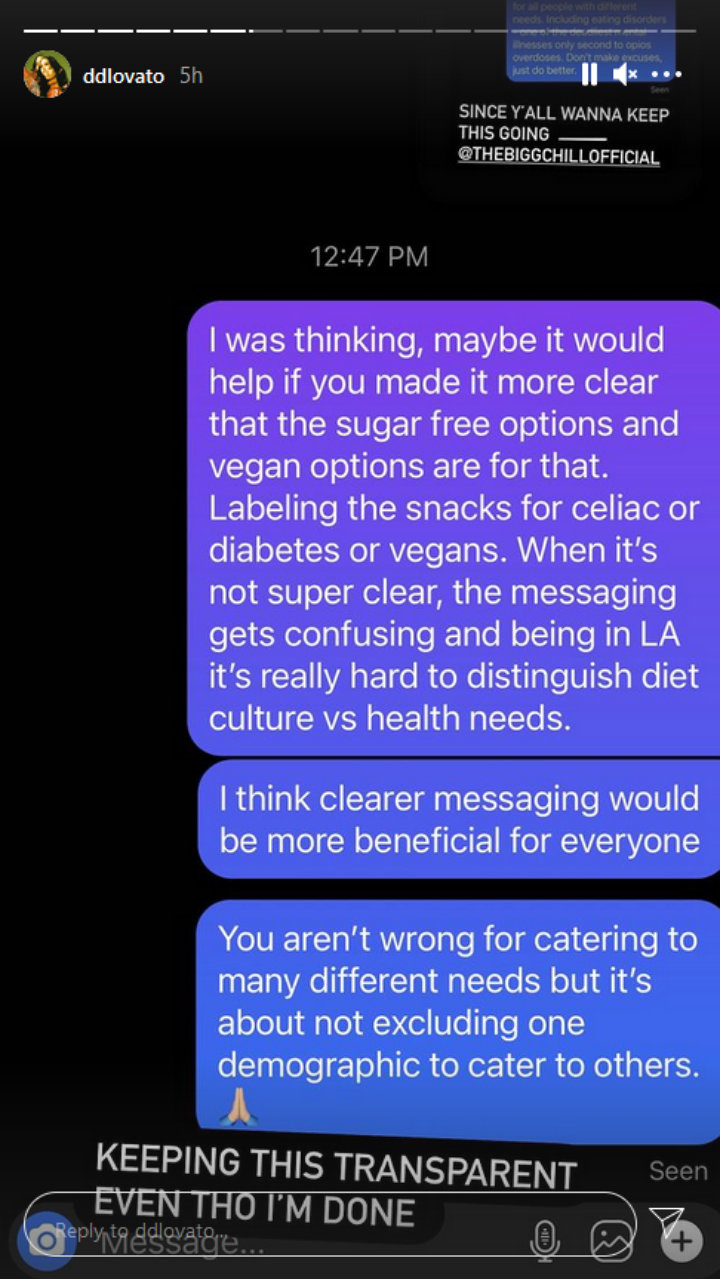 Demi Lovato publicly called out The Bigg Chill for not offering 'clearer messaging' when they promote sugar-free products.

The pop star continued reasoning, "When it's not super clear, the messaging gets confusing and being in LA it's really hard to distinguish diet culture vs health needs. I think clearer messaging would be more beneficial for everyone."

Demi's Story came several hours after she shared her dissatisfaction with the shop. In another Story she wrote, "Finding it extremely hard to order froyo from [The Bigg Chill] when you have to walk past tons of sugar-free cookies/other diet foods before you get to the counter. Do better please," the "Dancing with the Devil" singer pleaded. 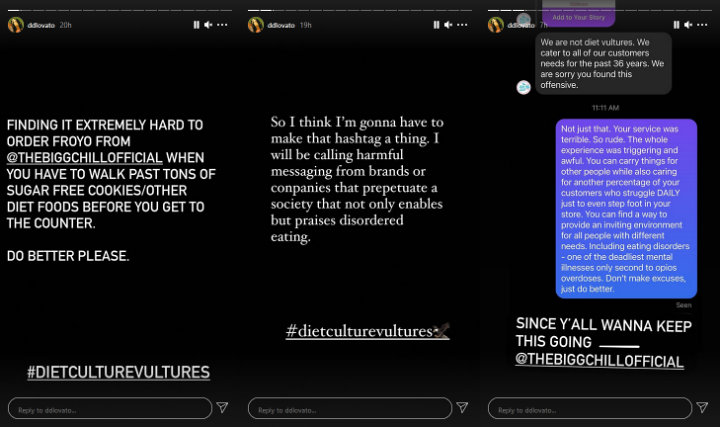 Demi Lovato shared her dissatisfaction with the fro-yo shop as she had a 'triggering' and 'awful' experience from the visit.
See also...

Claiming to have a "triggering" and "awful" experience from the visit, the former Disney Channel star launched the hashtag #DietCultureVultures. With it, she aimed to call out "harmful messaging from brands or companies that perpetuate a society that not only enables but praises disordered eating."

In response to Demi's complaints, The Big Chill posted on their Instagram Story that they "carry items for diabetics, [people with] celiac disease, vegan and of course have many indulgent items as well." They also claimed in their DM to Demi that they are "not diet vultures" since they cater to all of their customers' needs. 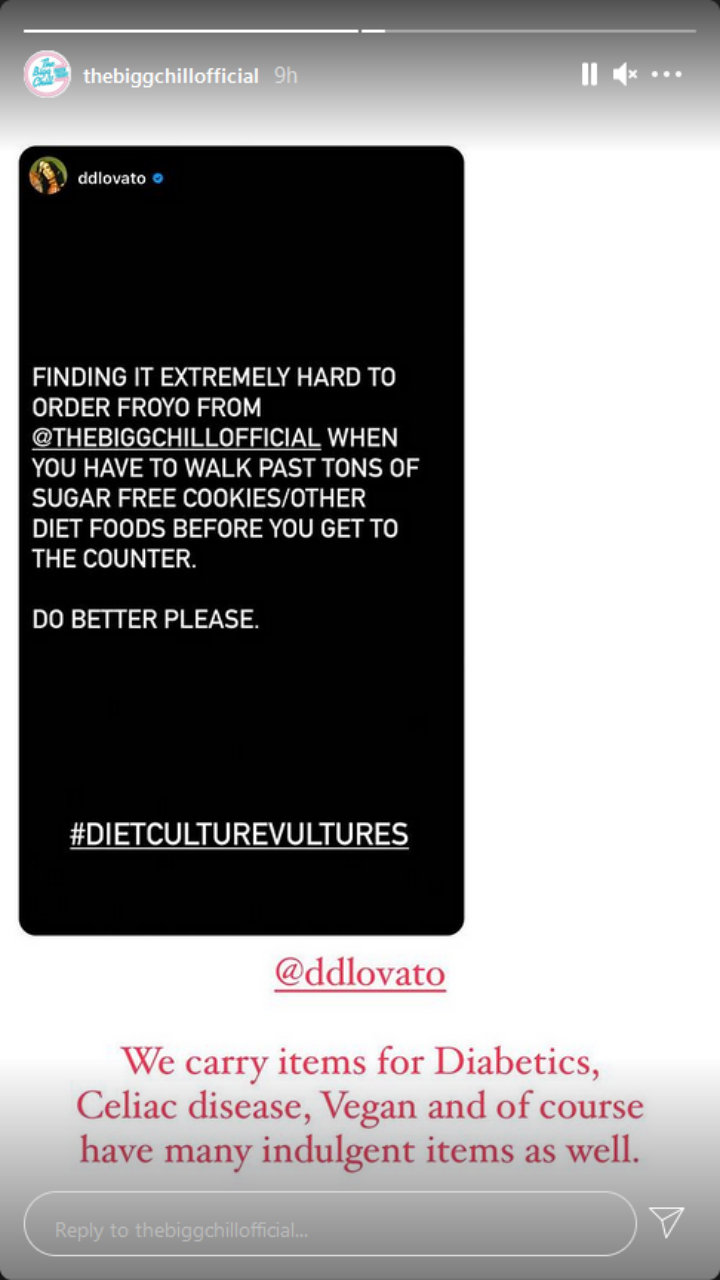 Replying to the yogurt shop's DM, the "Sorry Not Sorry" singer pointed out that their service was "terrible" and "so rude". She further suggested that the shop found "a way to provide an inviting environment for all people with different needs," including those who suffer from eating disorders. She then ended the lengthy message with, "Don't make excuses, just do better."

In a February 2020 interview with Ashley Graham on the "Pretty Big Deal" podcast, Demi admitted, "I'm tired of running myself into the ground with workouts and extreme dieting. I thought I was recovering from an eating disorder for the past few years when it was really just really falling into it." She added, "And I just knew that while my symptoms weren't as clear as they had been, I was still suffering from an eating disorder."