Hours after he broke down in tears over the passing of the former 'Princess Nikki' star at the age of 38, the 2006 winner of 'Big Brother U.K.' continues to share his grief by sharing their old memory together.

AceShowbiz - Nikki Grahame's ex-boyfriend Pete Bennett is mourning her untimely passing. Just hours after he broke down in tears when paying tribute to the former "Princess Nikki" star, the 2006 winner of "Big Brother U.K." continued to express his heartbreak by sharing their old moments together.

Making use of Instagram Story on Sunday, April 11, the "Big Brother" 2006 winner paid another tribute to his late ex-girlfriend. Sharing an old memory of theirs, he wrote over the post, "Hangin with [love] Nikki." The Story itself was a repost to his November 2014 upload that saw the two of them having fun together. It was originally captioned, "Surprise visit #nikkigrahame." 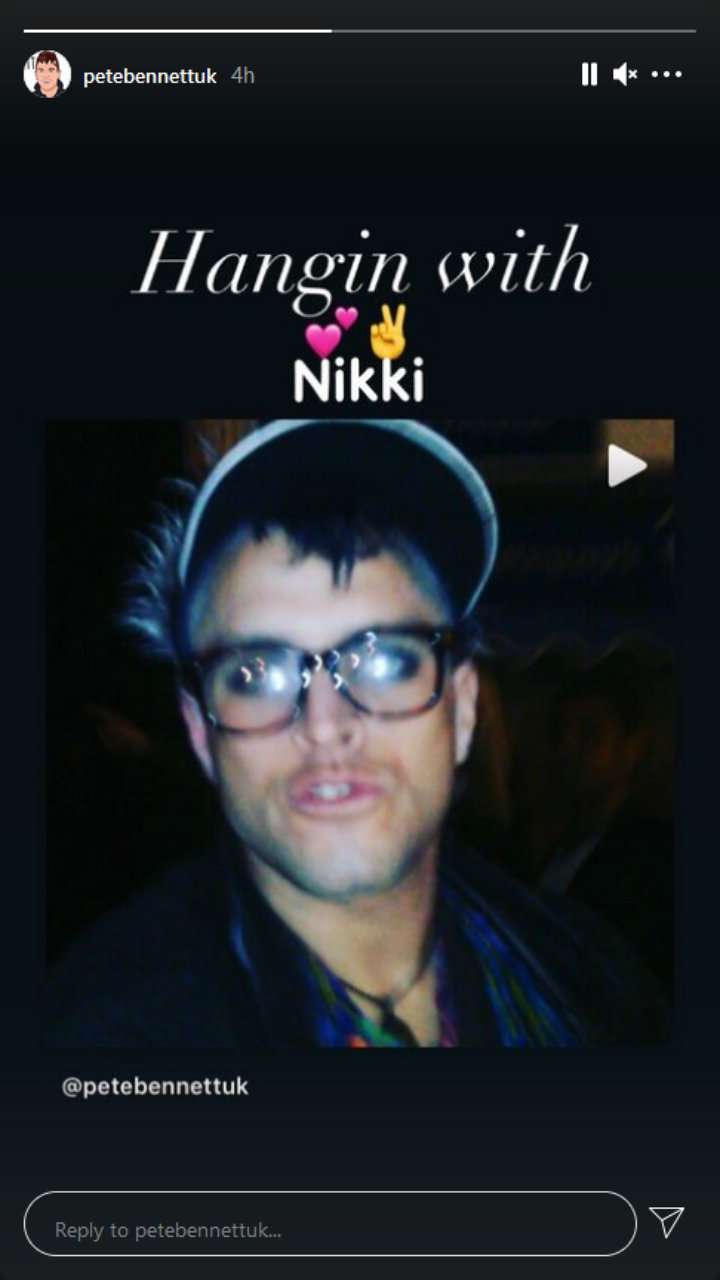 Pete's Story came just a few hours after he shared an Instagram video of him expressing his grief over the loss. "I thought to myself, yeah, we could save her -- but we didn't. It's OK, she's in a good place, she's not suffering anymore," he stated. Struggling to hold back his tears, he added, "So I'd just like to raise a f*****g glass, or bottle of wine more like, for Nikki Grahame."

In the clip, the 39-year-old continued, "All the love from us at Big Brother 7, we really love you Nikki and you were a true winner man, you were really great, you f*****g rocked it babes. Just want to say we'll miss you babe. See you later Nikki."

In March, Pete was seen visiting the "Princess Nikki" alum. Through an Instagram post, he shared a photo of him hugging her along with a caption that read, "Pete and Nikki March 2021 [love] visiting my nikki and still cuddling to this day :) Remember the fundraiser to help get her into a specialist anorexia clinic is in my bio! #savenikkigrahame."

Nikki passed away at 38 following a lifelong battle with anorexia as her friend Leon Dee confirmed. On the GoFundMe page set up to help fund Nikki's treatment, Leon announced, "It is with great sadness, we have to let you know that our dear friend Nikki passed away in the early hours of Friday 9th April."

The "Dying to be Thin" author, who first appeared on the seventh season of "Big Brother U.K.", passed away just one month after her friends, Carly Cunningham and Leon started a GoFundMe page for her anorexia treatment. In the page, her friends wrote a note, "At the moment, Nikki constantly feels weak and is struggling on a day to day basis."

"She feels trapped and really wants to get better but feels like it's impossible. It's heart-breaking and we desperately just want a healthy and well Nikki back with us," the message continued. "She has no energy and is taking each day as it comes."