Ryan Reynolds Pokes Fun at His Style During COVID-19 Vaccination

The 'Deadpool' actor, whose wife Blake Lively has also got her shot, compares his look wearing a pink beanie at the vaccination center to the actress' on the set of her 2020 film 'The Rhythm Section'.

AceShowbiz - Ryan Reynolds knew how to bring the fun in encouraging his online devotees to get COVID-19 vaccine. Having received his own vaccine, the "Deadpool" leading man poked fun at his style during the procedure.

Making use of Instagram Story on Wednesday, March 31, the 44-year-old actor shared a picture that saw a medical worker administering the shot in his upper arm. In the snap, he could be seen wearing a white T-shirt and pink beanie. In the accompanying message, he jokingly wrote, "Science is sexy. The hat? perhaps not." 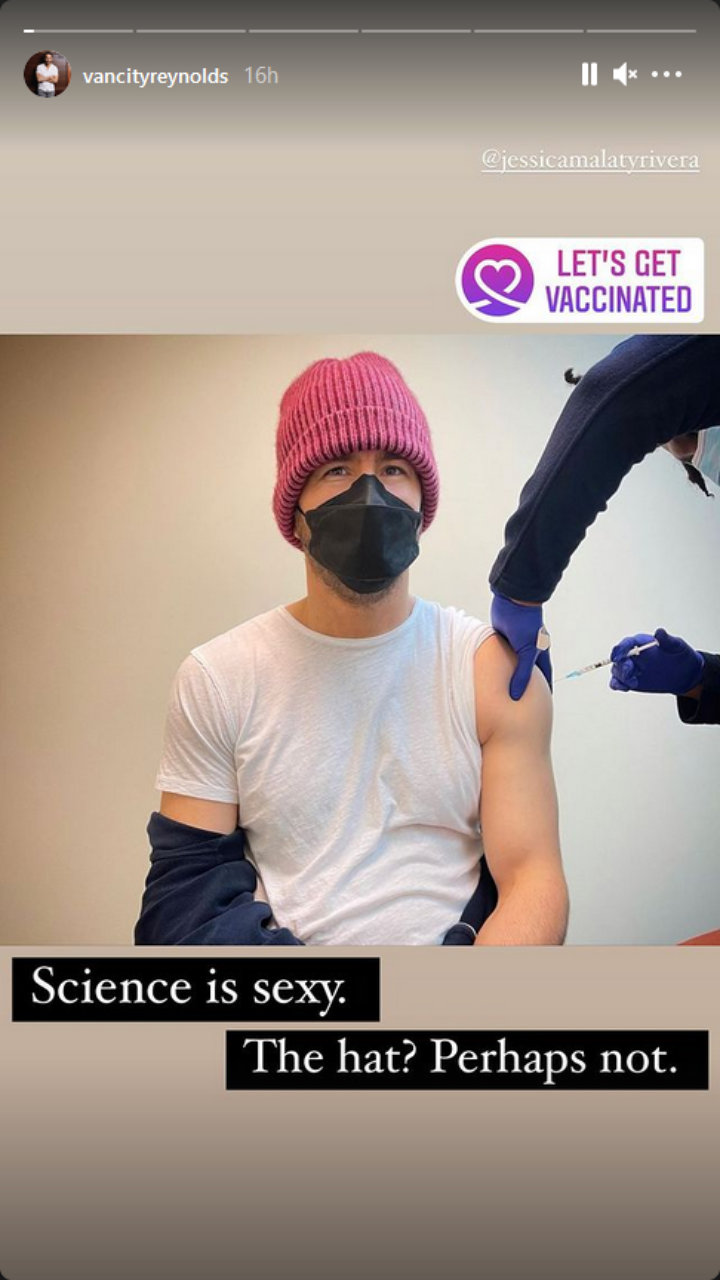 Ryan Reynolds poked fun at his style while getting COVID-19 vaccine.

Hours later, Ryan compared his look to wife Blake Lively's on the set of her 2020 film "The Rhythm Section" where she sported a blue beanie. "Who wore it better?" he asked his followers while creating a poll between the two. 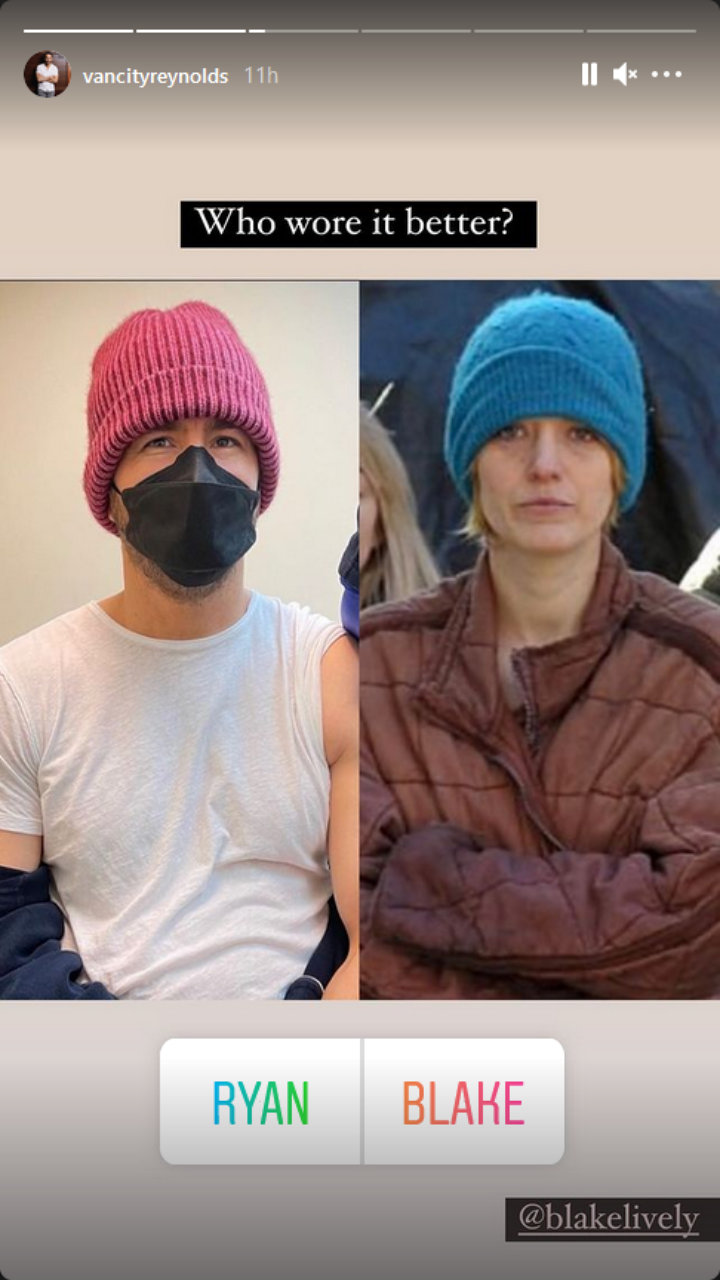 The Andrew Paxton depicter in "The Proposal" previously put out his vaccination photo on his Instagram feed. In the accompaniment of the post, he simply jested, "Finally got 5G."

Ryan was not the only one who got his first dose of COVID-19 vaccine. His wife Blake also got her own shot and documented the process on her own Instagram page. Alongside a picture of herself getting vaccinated, she penned, "Find you someone who looks at you like I look at the heroic nurse vaccinating me."

Blake's post came more than two weeks after she jokingly called out her husband for not inviting her on the set of "Deadpool 2" when Brad Pitt filmed a cameo. After Cinephile Club Instagram account shared a clip of Brad shooting his scene, she replied in the comment section, "Weird... My husband didn't invite me to set that day."

Blake and Ryan have been known for trolling each other on social media. The pair tied the knot in 2012 and share three daughters together named James, Inez and Betty.

Ryan Reynolds Blames 'Lifelong' Struggle With Anxiety for Overscheduling Himself