The FBI posts a digital 'wanted' poster for one of the individuals involved in the deadly resurrection at the U.S. Capitol on January 6 to ask for public's help to locate him.

AceShowbiz - Rick Moranis' name became a hot issue after he was somehow linked to a manhunt for a Capitol rioter. On Sunday, March 21, the FBI tweeted out photos of one of the individuals involved in the deadly resurrection at the U.S. Capitol on January 6 and the man looks like the actor.

"You can help the #FBI identify individuals involved in the January 6 violence at the U.S. Capitol," the tweet by the FBI read. "Visit http://tips.fbi.gov if you recognize this person. Reference photo 268 in your tip." The man in the photos wears a hockey helmet and glasses. 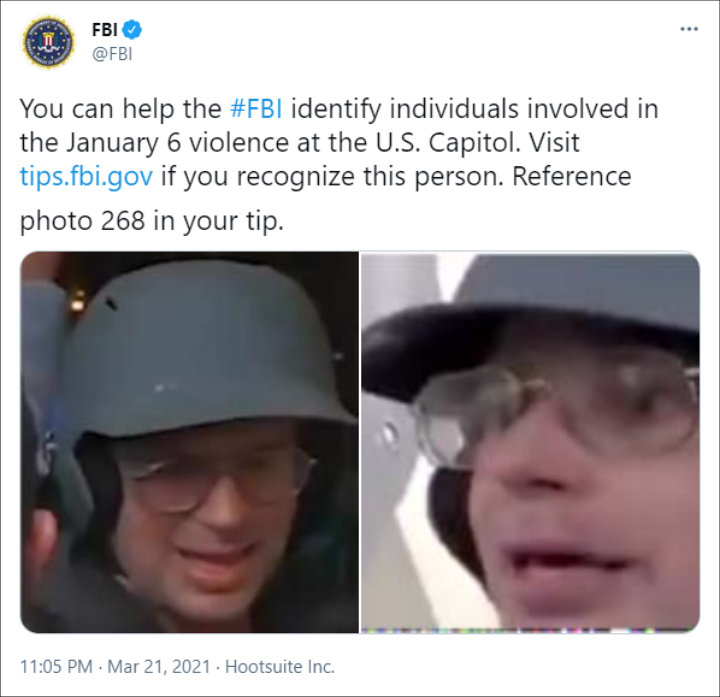 FBI posted a picture of a capitol rioter who looks like Rick Moranis.

Noticing the man's resemblance to the "Honey, I Shrunk the Kids" star, Twitter users responded with dozens of Rick's photos showing the actor sporting glasses and a giant helmet as he spoofed "Star Wars" character Darth Vader. One Twitter user pointed out, "He looks like Rick Moranis!" and attached the same picture of Rick as "Dark Helmet". 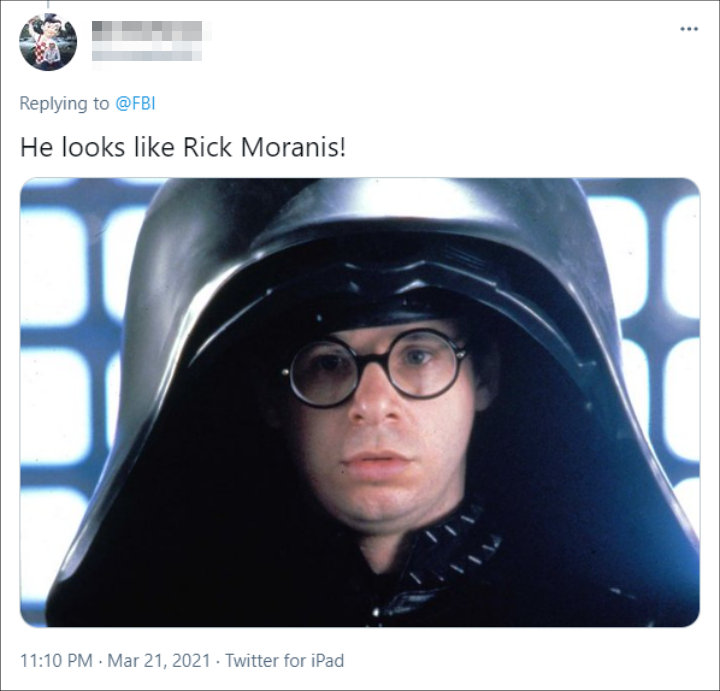 "Thank you - this was my first thought as well lol. Glad I'm not the only one!" another user shared, telling fellow social media users that the same thought crossed her mind. "Rick Moranis is an international treasure and I will NEVER give him up!" another tweet read.

Before this, Rick made headlines in October 2020 after being attacked by a stranger as he left his Central Park West Apartment building. After the assault, Rick was admitted to the hospital as he complained of pain in his head, back and right hip.

Rick Moranis found fame after starring in several big films such as "Ghostbusters II", "Honey, I Shrunk the Kids", "Parenthood" and "Honey, and I Blew Up the Kid". He took a break from TV shows and films in 1997 to spend more time with his two children. Moranis found himself back in the spotlight thanks to a Mint mobile commercial with Ryan Reynolds which was released in 2020.