Lenny Kravitz Trending on Twitter for His Ripped Physique at 56

Fans marvel over the 'Are You Gonna Go My Way' singer's shredded body after he shares a picture of him getting shirtless while enjoying coconut in the afternoon.

AceShowbiz - Lenny Kravitz has just likely set a new goal for other middle-aged men. The Grammy Award-winning artist has made other guys green with envy and women drooling after he showed off his ripped physique in a new thirst-trap.

On Tuesday, March 16, the 56-year-old singer/songwriter updated his Instagram page with a photo of his getting topless while opening a coconut at "1:23 PM" in the afternoon. While the image seems to be just a humble look at his normal life, his fans and followers couldn't help marveling at his shredded body as he still has 6-pack abs and muscled arms despite his age.

One of his followers cheekily asked if coconut is the secret to his fit appearance. "Damn you can look like that eating coconuts? Ah it's you that just looks like that!!! Lol," the said person wrote in the comment section.

Another asked in disbelief, "How you Still look like this." Someone else cheekily said that he/she is going to use Lenny's photo as a screen saver, saying, "Thanks for the new screen saver!"

Others took to Twitter to post memes and their reactions to Lenny's impressive look. "I think we can all agree that Lenny Kravitz and I should get married. Right? We all think that? No? Just me?" one fan joked. Another gushed, "Lenny Kravitz out here looking like the papi chulo that he is aging like fine mf wine getting better with timeeeeeee. coo coo for coconuts for you." 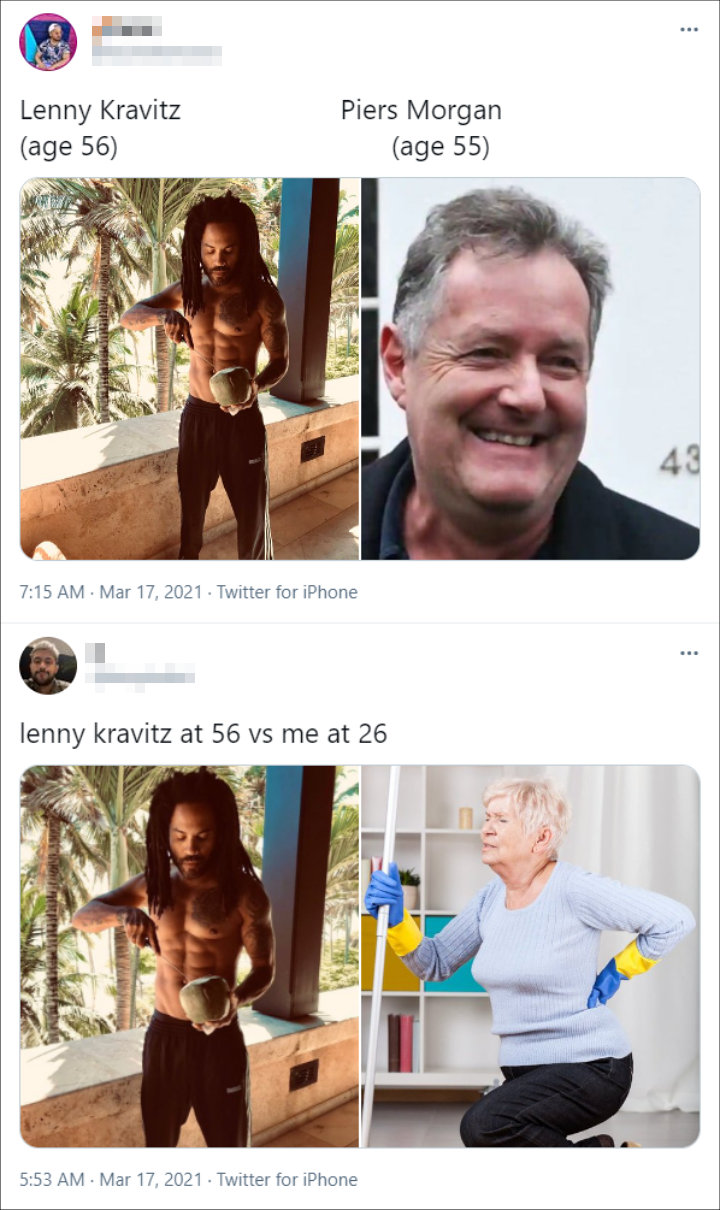 Someone compared his physique at 31 to Lenny's at his mid-50s. "I'm 31 and I've re-gained 56 of the 73lbs I lost a few years ago," the said user confessed. "Lenny Kravitz is 54 and looking like the undisputed UFC lightweight champion Bob Marley. We are not the same." 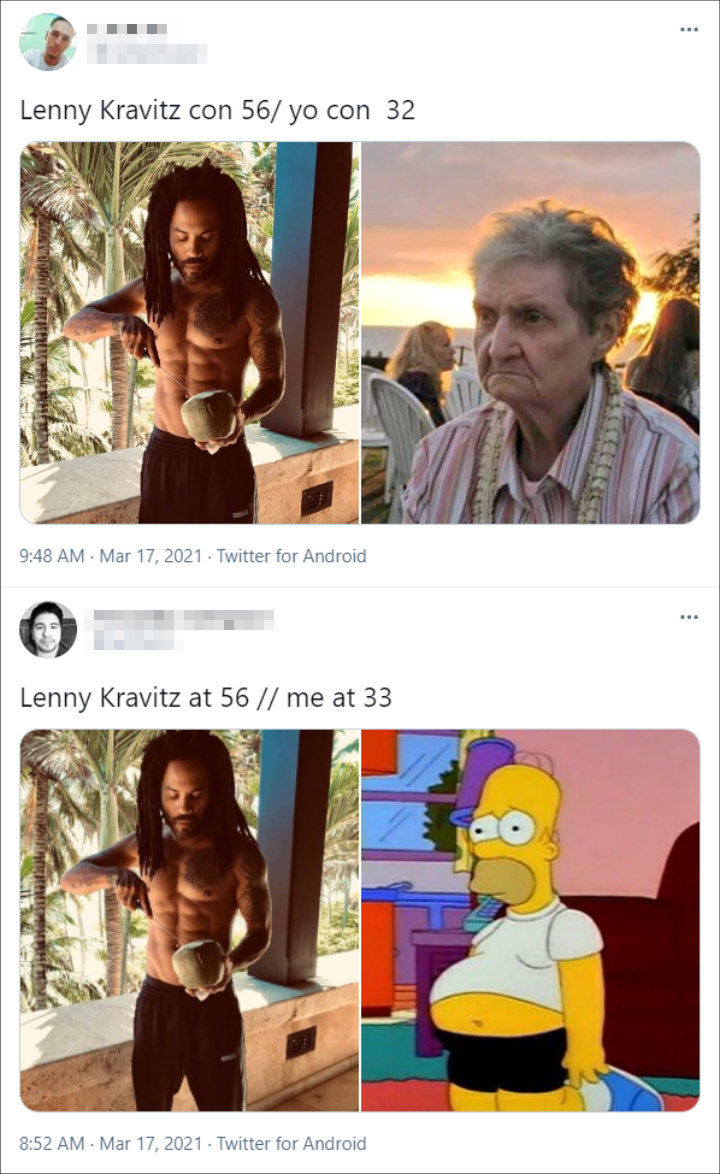 Another wished to look like Lenny when he's 56 years old, "Lord please allow me to see 56 looking this good!! !! @LennyKravitz." Someone else refused to believe at what he saw, writing, "How the hell has Lenny Kravitz had abs my entire life. Stop! Leave us alone!"

Some others, meanwhile, were just relieved that Lenny was trending because of this reason after fearing the worst. "Seeing Lenny Kravitz trending and worrying he died and THEN SEEING WHY HE'S TRENDING," one of them reacted.

Lenny Kravitz Recalls Being Offered 'Somebody's Watching Me' by Rockwell Himself