The political journalist thanks people for reaching out to his family after he shared the heartbreaking news of his 9-month-old daughter's death from a rare tumor.

AceShowbiz - Andrew Kaczynski is mourning the death of his baby girl. Whilst being showered with outpouring support over the heartbreaking news that his daughter Francesca Kaczynski, who suffered from a rare tumor, has passed away, the CNN political reporter shared a picture of his 9-month-old child's last smile to him.

The 31-year-old announced his baby's passing via Twitter on Christmas Day, December 25. Putting out an obituary he and wife Rachel Louise Ensign co-wrote for their late daughter, he penned, "We're heartbroken to have to announce our beautiful daughter Francesca passed away last night in the arms of her mom and dad."

"There will always be a Bean-sized hole in our hearts for her. We're so grateful to have known her love. Francesca we love you," the journalist continued. He followed it up with another tweet that read, "Rachel and I tried to write an obituary for her that captured her short, wonderful life. She was a bold curious baby, whose smile light up rooms." 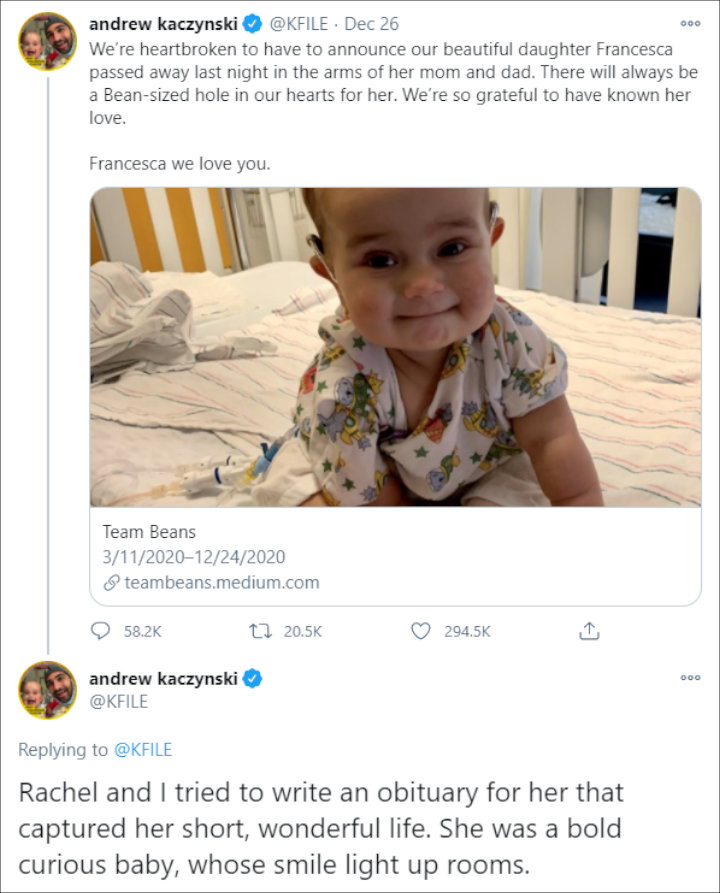 The following day, Andrew thanked those who have given him and his wife support and donations in the wake of Francesca's passing. "Thank you everyone, your messages have touched our hearts. We're so grateful for how much money has been raised in Francesca's honor for Dana Farber to fight this terrible disease and we are going to spend the rest of our lives involved in finding a cure," he tweeted. 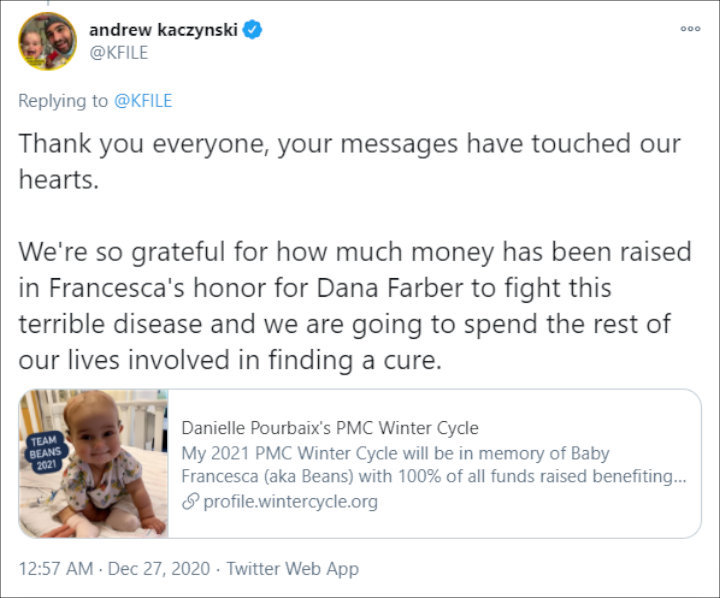 Andrew Kaczynski thanked those who have given him and his wife Rachel support and donations.

The journalist additionally shared a clip of Francesca which was filmed in late July. In the footage where the infant was seen smiling and laughing. "I know a lot of you didn't know Beans before her cancer diagnosis in September. She had such a pep in her step before she started treatment. And we're so fortunate she got six normal months of life," he wrote in accompaniment of the video. "This was from the end of July." 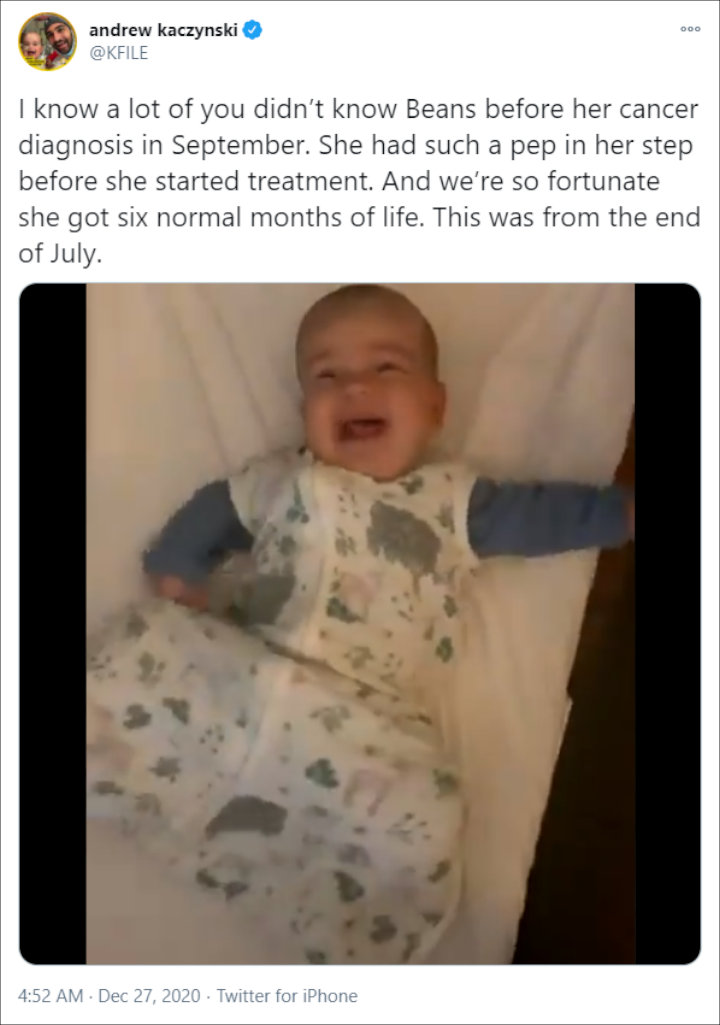 Andrew opened up about his daughter's health condition in mid-September. Making use of Twitter, he spilled, "Our six month old daughter Francesca was diagnosed with an extremely rare and very aggressive rhabdoid brain tumor this week. We're looking at any and all treatments right now, including experimental. Please keep my family in your thoughts and prayers." 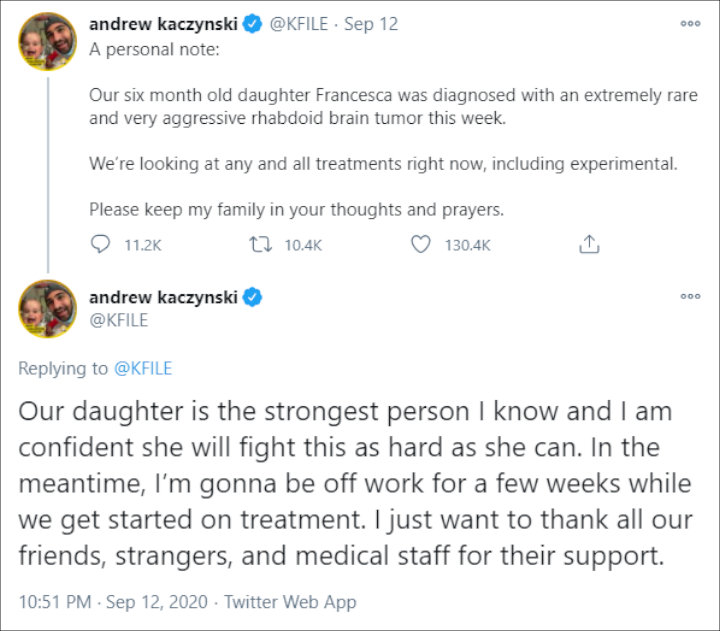 "Our daughter is the strongest person I know and I am confident she will fight this as hard as she can. In the meantime, I'm gonna be off work for a few weeks while we get started on treatment," he continued sharing. "I just want to thank all our friends, strangers, and medical staff for their support."