The tattoo artist complains about 'terrible policies, tyrannical government overreach, ridiculous taxing' in California when responding to friends' questions if she and her family move permanently to Indiana.

AceShowbiz - Kat Von D has a very specific reason why she is moving to the Midwest. Having purchased a historic house in Indiana, the celebrity tattoo artist candidly revealed that she made the move since she wanted to escape from "tyrannical" California government.

Making use of Instagram Story on Thursday, December 18, the 38-year-old responded to friends' question whether she and her family would sell their home in Hancock Park, Los Angeles. She first clarified, "Definitely not ever selling our beautiful home in LA."

Kat went on to explain, "But with all that has been taking place in California with terrible policies, tyrannical government overreach, ridiculous taxing, amongst so much more corruption, we just felt the need to plant roots in a small town where there is nature." She added, "[A town] where my son can be free to play, and where we can eventually retire one day."

The former "LA Ink" star stressed that she is not closing her tattoo shop in California. "So, no, I'm not closing my shop in LA. We aren't selling our home. But will eventually be spending more time in this beautiful Indiana once I finish doing some remodelling on our new historic house," she elaborated. 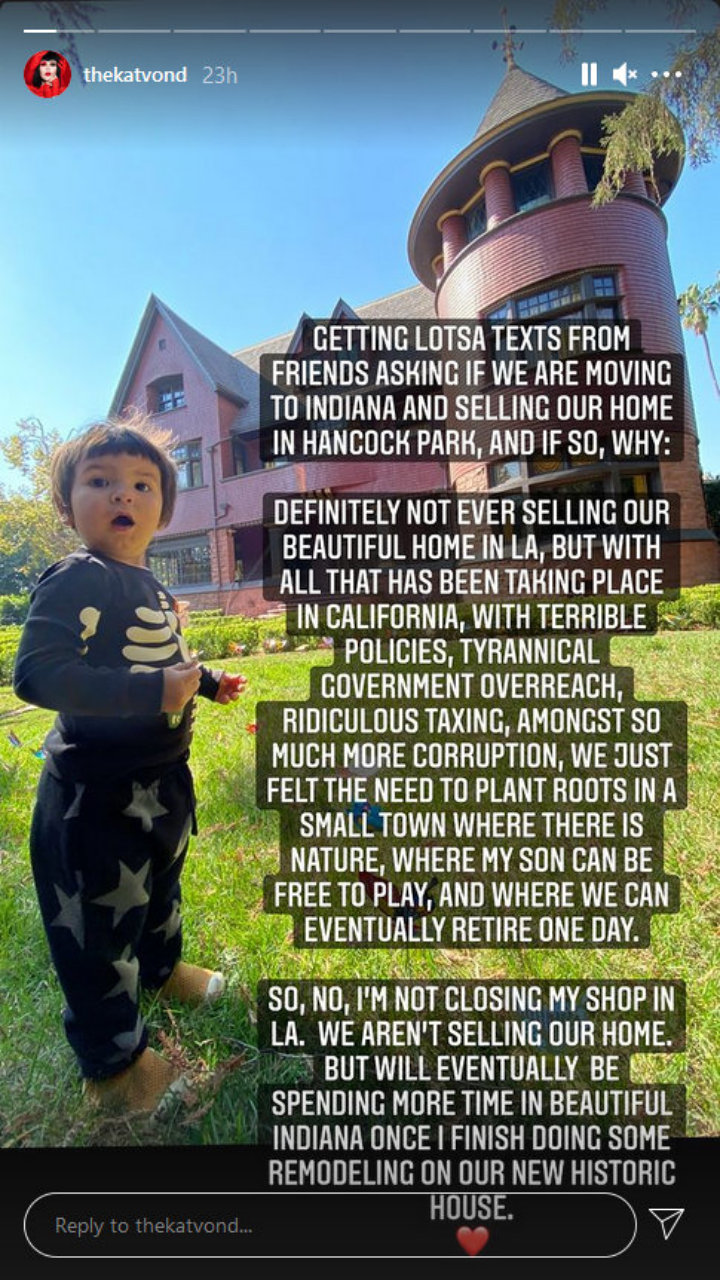 Kat Von D explained why she purchased a house in Indiana.
See also...

Kat's explanation came after she announced on her Instagram feed that she has officially bought the Vevay house. Alongside a photo of herself holding a large "sold" sign between two other women in front of the historic Schenck mansion, she declared, "It's official! Vevay, Indiana here we come!"

New house aside, this is not the first time Kat publicly criticized the California government. Back in late October, the mother of one shared a video where California Governor Gavin Newsom advised people to apply social distancing guidelines on Thanksgiving. Underneath the clip, she wrote, "RECALLGAVINNEWSOM." 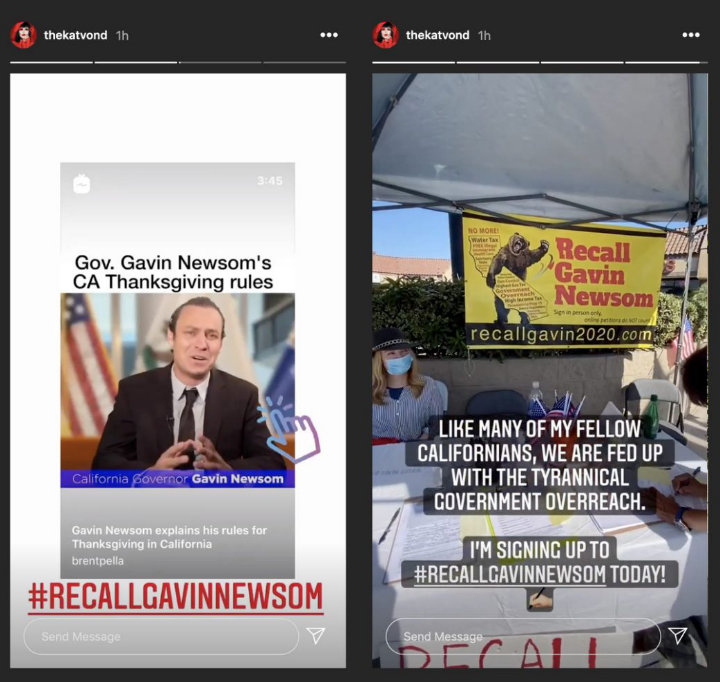 Not stopping there, Kat further pointed out that she would sign a petition against the governor. Posting a picture of the petition booth, she shot her argument, "Like many of my fellow Californians, we are fed up with the tyrannical government overreach. I'm signing up to #RECALLGAVINNEWSOM today!"