The 'Friends' actress celebrates Thanksgiving and wishes her fans a happy holiday by recreating her iconic 'turkey dance' from her classic television show.

AceShowbiz - Courteney Cox reprised her beloved "Friends" role as Monica Geller to share an updated version of her 'turkey dance' from the show's Thanksgiving special.

In the now-iconic scene, the star dances with a full turkey on her head, with the clip remaining an annual social media sensation decades after it first aired.

"Happy Thanksgiving, everyone. I hope you're having a great day. I'm feeling so thankful," she told viewers in her new Instagram video. "And also - if I get one more goddamn GIF of that turkey on my head dancing like a f**king fool - I'm just gonna snap."

The footage cuts to the infamous clip, as Courteney adds, "So anyway, since I'm the symbol of Thanksgiving, here you go. Hope it makes you happy," before recreating the iconic dance in her kitchen.

She wasn't the only star to share special messages in honour of the U.S. holiday - "The Greatest Showman" actor Hugh Jackman also posted a clip, urging fans to "hold each other close, even if this year it's only in 'spirit' " amid the pandemic.

"Happy Thanksgiving to every single one of you. Truly, I am grateful to have your support, comments, humour, advice, quips, rebukes… All of it," he said.

"I'm a big believer in community and whilst we are not physically together, I hope this group can grow stronger in the year to come," added Hugh, before showing off some tap dancing skills in honour of Thanksgiving.

For a number of other stars it was a family affair, with Gwyneth Paltrow, 16-year-old daughter Apple and 14-year-old son Moses visiting her dad's resting place on what would have been his birthday. Alongside a snap, she shared, "Happy thanksgiving. Life has incredible highs and lows. Perhaps feeling it all at the same time is the art."

Meanwhile, Kylie and Kris Jenner led the celebrations for the Kardashian-Jenner clan as they shared photos, videos and messages online. 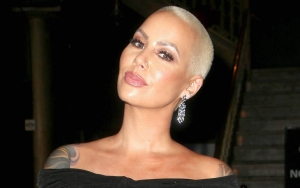 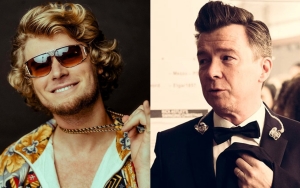