Just one day before the election, the 'Formation' singer posts on Instagram a video of her wearing a Biden and Harris mask with 'I voted' sticker placed on her hat.

AceShowbiz - Beyonce Knowles is officially supporting Joe Biden and Kamala Harris. The R&B diva dropped a last-minute endorsement for the Democratic presidential candidate and his running mate, just one day ahead of the election.

The 39-year-old singer posted on her Instagram page on Monday, November 2 a Boomerang clip of her being clad in Balmain ensemble, while sporting a Biden and Harris mask. She touched her Balmain hat to show an "I voted" sticker placed on it.

Bey specifically targeted Texas, her home state, with the endorsement, writing in the caption, "Come thru, Texas! #VOTE." Texas is one of a handful of critical swing states that could help determine the election.

A Biden-Harris supporter herself, Lady GaGa has reposted a screenshot of Queen Bey's video on her own Instagram Stories. "Let's go blue, Texas. Queen B says so!" the Mother Monster, who is currently campaigning for Biden and Harris in the battleground state of Pennsylvania for their final event, wrote over it. She added, "I love you @beyonce let's do this!" 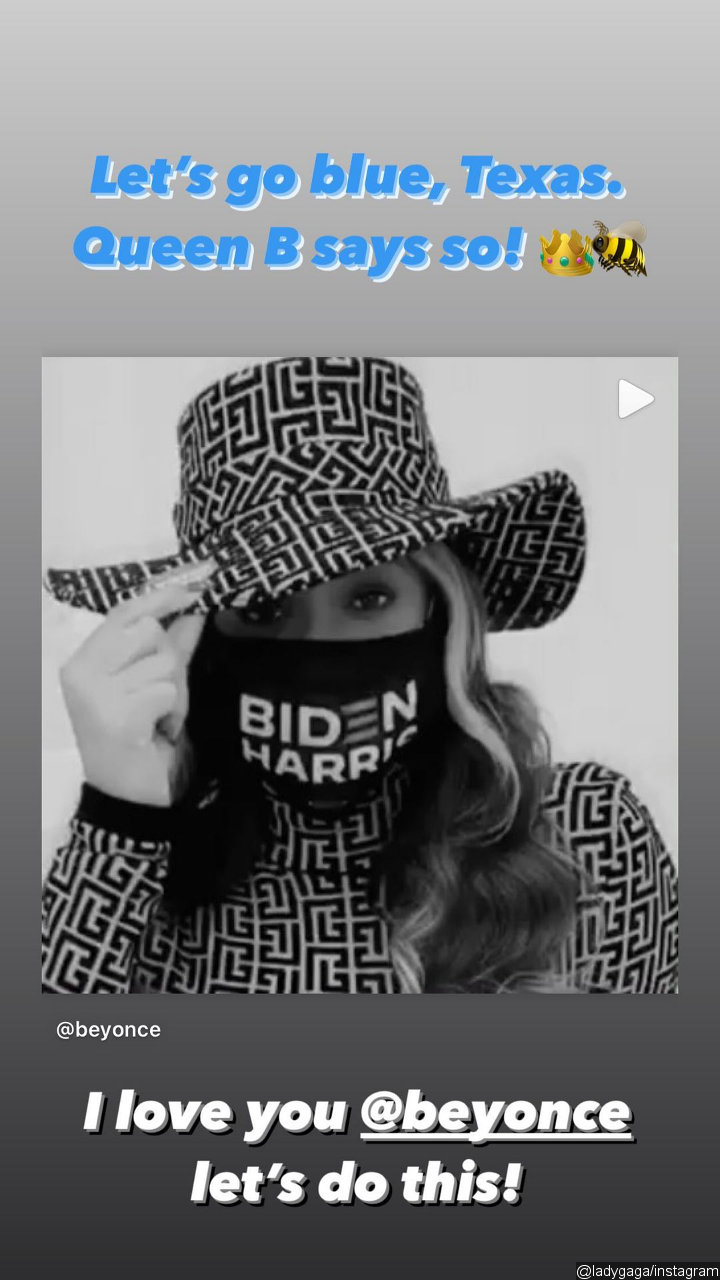 Beyonce additionally shared infographic following her endorsement post. She encouraged people voting with absentee ballots to drop them in a ballot box rather than a mailbox to ensure that they're counted. "The most important drop is at the ballot box," read the post.

This isn't the first time Beyonce has shown her support for a Democratic presidential candidate. The former Destiny's Child member and her husband Jay-Z previously spoke out in support of Hillary Clinton for the 2016 presidential election. At the time, she performed and paid homage to the politician at an event in Ohio.

In 2018, Bey was blamed for Senate hopeful Beto O'Rourke's loss to Senator Ted Cruz after making 11th-hour endorsement of the Texas Democrat.