The 'Laugh Now Cry Later' rapper is currently recovering from a knee injury as he shares a picture of his bandaged leg, only a few days after celebrating his birthday.

AceShowbiz - Drake is recovering. The 34-year-old Canadian rapper is on a bed rest after reportedly going under the knife recently. He allegedly needed surgery after suffering from a knee injury.

He revealed his health issues on Instagram, posting a photo of his knee in a leg brace. "I actually want to use this post to send love and motivation to anybody else that 2020 let loose on," so he told his online devotees. "Start writing the best bounce back story now." 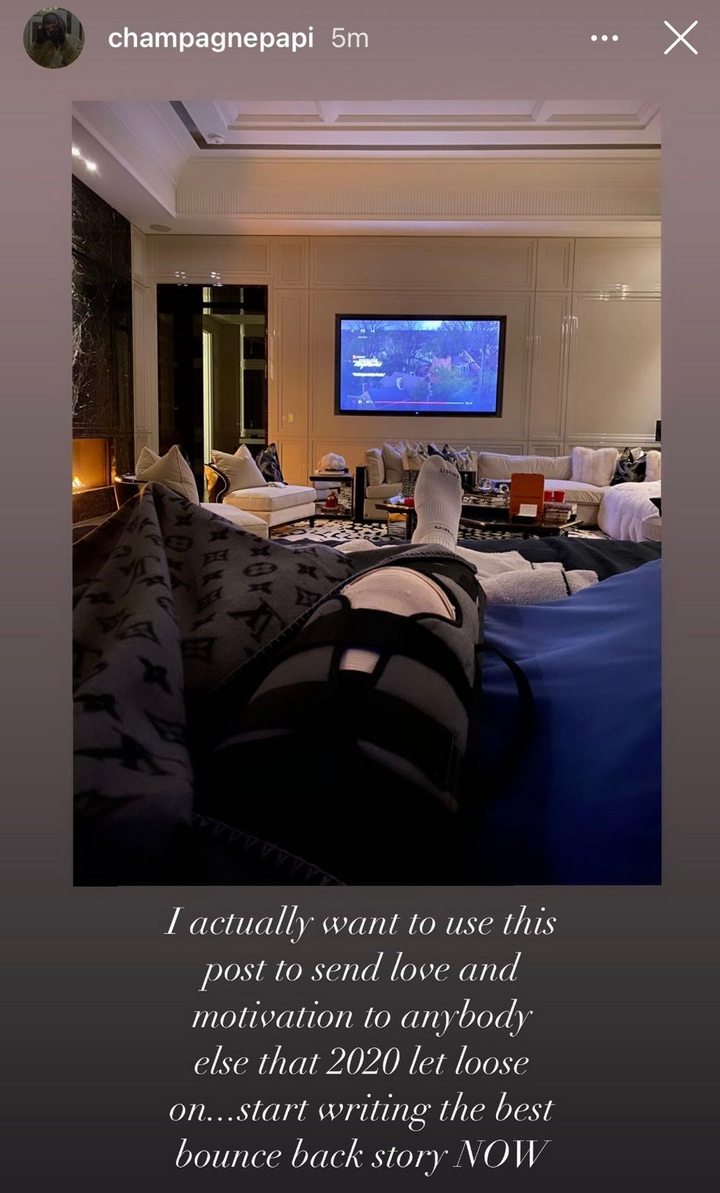 Drake shows off his knee injury

Details of his injury are unclear, but it came just a few days after he threw a big party to celebrate his birthday. Unfortunately, he became a butt of jokes on the internet as his menu leaked. Mac and Cheese, raisin, and caper were among the dishes served at the recent high profile party.

Unfazed by the unfavorable comments, the Grammy winner wrote on Instagram, "As wise as the old owl but still the gold child. Thank you for all your love and well wishes."

Drake is currently gearing up for the release of his new studio album. Called "Certified Lover Boy", it's scheduled to make its way out in January 2021. It will come three years after his 2018 album "Scorpion". It's already marked by a new line of merchandise, his collaboration with Nike.

One of the singles, "Laugh Now Cry Later", featuring Lil Durk was released in August. It climbed up to the second place on Billboard Hot 100 and hit the pinnacle on the Rhythmic chart.

Alicia Keys and Brandi Carlile Team Up for Empowering Duet