The 'Beauty and the Beast' actor shows that he is still very much together with Rafael Olarra as the star puts a united front with his beau in a new beach picture on social media.

AceShowbiz - Welsh actor Luke Evans is silencing rumours of a break-up with his art director boyfriend Rafael Olarra by sharing a new photo of the couple online.

The "Beauty and the Beast" star, who is typically guarded about his private life, sparked speculation he was single again after appearing to delete all pictures of Olarra from his Instagram page.

However, as the news began to hit the Internet on Wednesday (28Oct20), Evans appeared to dismiss the claims by posting an image of the pair riding horses on a sunny beach on his Instagram Stories timeline.

"Good times," he captioned the shot, in which he posed topless, and tagged Olarra. 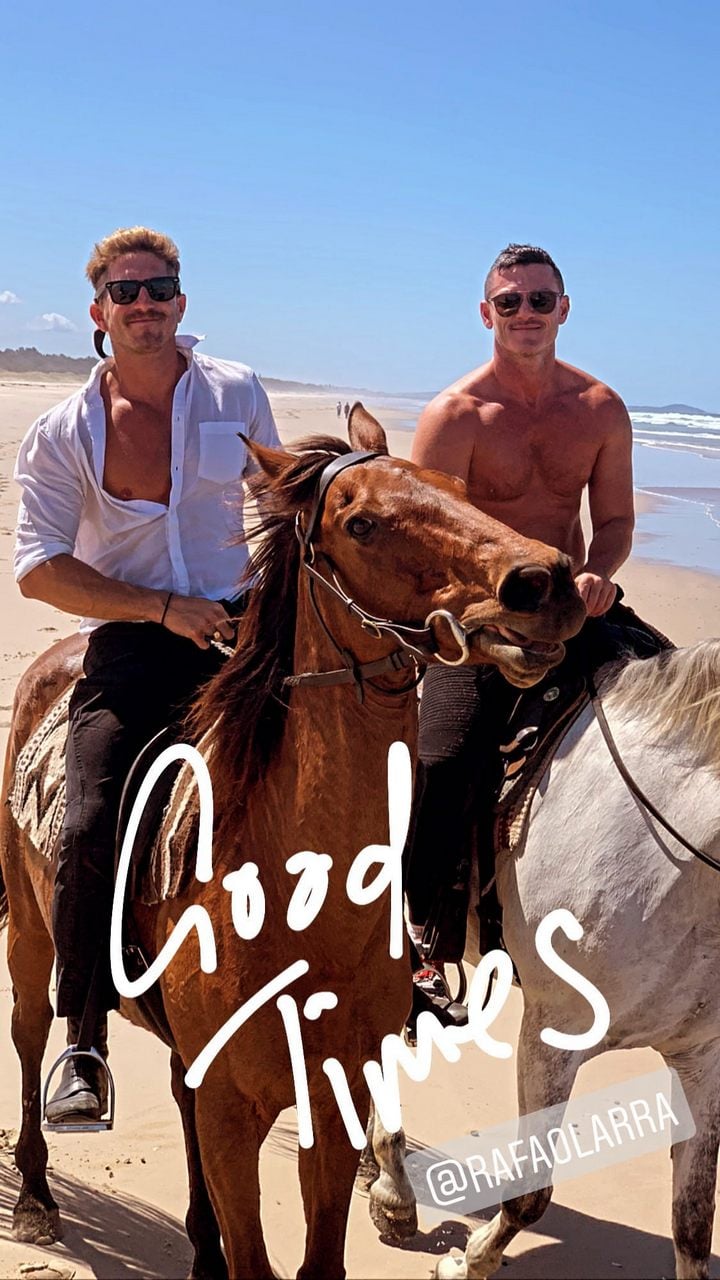 Luke Evans enjoys a day on a beach with boyfriend

The picture appears to have been taken earlier this month in Byron Bay, Australia, where Evans is currently working on new TV mini-series "Nine Perfect Strangers" with Nicole Kidman - the hunk previously uploaded a snap of himself riding the same white horse on 15 October.

Meanwhile, Olarra was also thinking of his beau as he took to his Instagram Stories on Wednesday and shared an image of his bedside table, which featured a photo of the cuddled-up pair smiling for the camera.

"So far and so close @thereallukeevans," he wrote.

Evans and Olarra have been linked since late last year (19), but the star only made the relationship Instagram official in February, when he shared video footage of the couple sharing a laugh in Hawaii and acknowledged the romance publicly for the first time.

Luke Evans Wants to Slow Down and Start a Family