The 'Kardashian Konfidential' author is under fire after posting a picture of her sporting a 'Vote Kanye' hat from her brother-in-law's campaign merchandise.

AceShowbiz - Kourtney Kardashian's loyalty to Kanye West isn't well appreciated by social media users. The mother of three recently showed her support for the rapper's controversial presidential campaign and it has earned her tons of backlash.

On Thursday, October 15, the 41-year-old reality TV star shared on her Instagram Stories a picture of her rocking a "Vote Kanye" hat from her brother-in-law's campaign merchandise. She looked effortlessly stylish as she teamed the cap with a white tank top and black training pants with white sneakers. 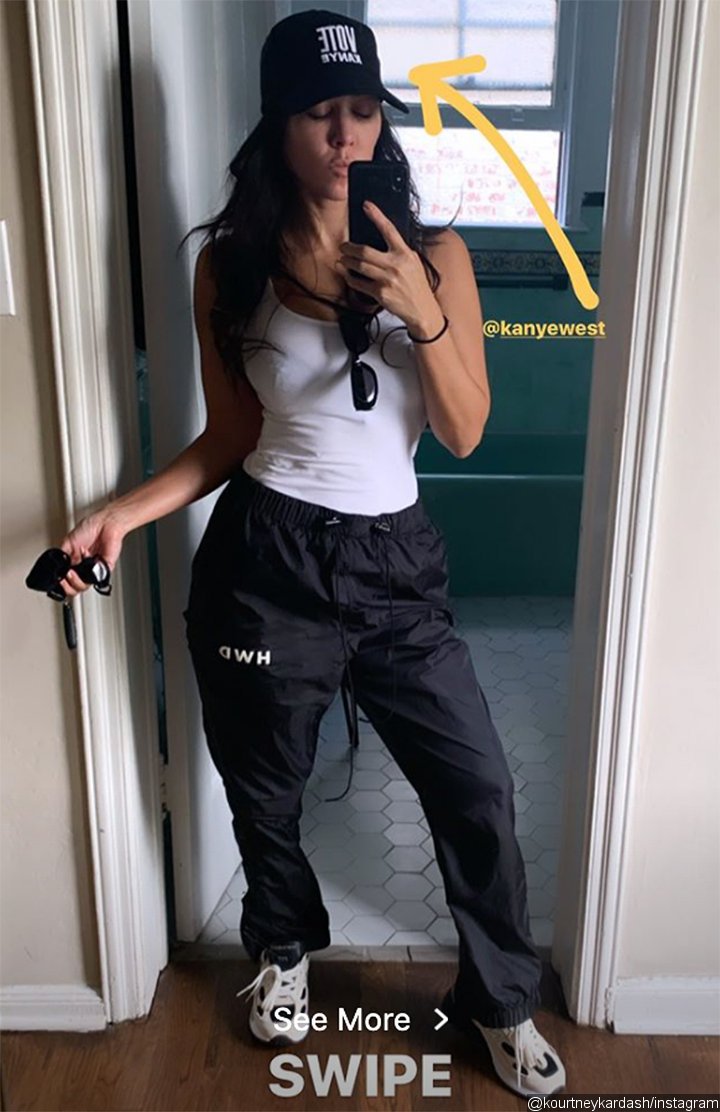 In the proceeding Instagram story about "The Best Vote Merch for 2020," the Poosh founder also wrote, "my favorite coming next slide." She linked both slides to a post about "Voter Merch" on her lifestyle website Poosh, which also advertised a Kanye 2020 sweatshirt and a link to his campaign website.

While her intention might be helping promote the merchandise instead of backing Kanye's presidential campaign, some people were shocked by Kourtney's move. "So Kourtney is endorsing Kanye for president? I have to say I'm disappointed," one Twitter user wrote. "Thought she was the sane one in the family."

"this is so embarrassing @kourtneykardash," another called out the "Keeping Up with the Kardashians" star. Another comment read, "kourtney kardashian posting an insta story to her 102 MILLION followers encouraging them to vote for kanye is one of the most irresponsible, egregious and reckless uses of that family's platform that i've ever seen."

A fourth critic tweeted, "[Kourtney] touts herself as a person who wants a kinder, cleaner, better world for her kids but is recklessly promoting a Vote for Kanye which = a vote for Trump. She knows the reach of her platform tshe [sic] should know better."

Kanye first announced he's running for president on Twitter in July. While the Kardashian family has restrained from talking about his political ambition, his wife Kim Kardashian showed her support to her husband by retweeting his post with an added American flag emoji.

Since then, he and his team have been trying to get his name on the ballots, but he has been deemed unqualified in most states. He, however, still pushes through with his candidacy despite these obstacles.

Rhonda Fleming Passed Away at the Age of 97