The campaign to end Nigeria's Special Anti-Robbery Squad has spread to London with singer WizKid leading a protest and giving a powerful speech in which he announced the dissolution of the unit.

Protests have been taking place in London and Nigeria against the country's Special Anti-Robbery Squad (SARS), which has become notorious due to allegations of brutality and extortion - prompting successful calls for it to be disbanded.

On Twitter, John, who is of Nigerian descent, shared videos of protesters in the country being teargassed as well as a powerful statement from Burna Boy backing the protests. 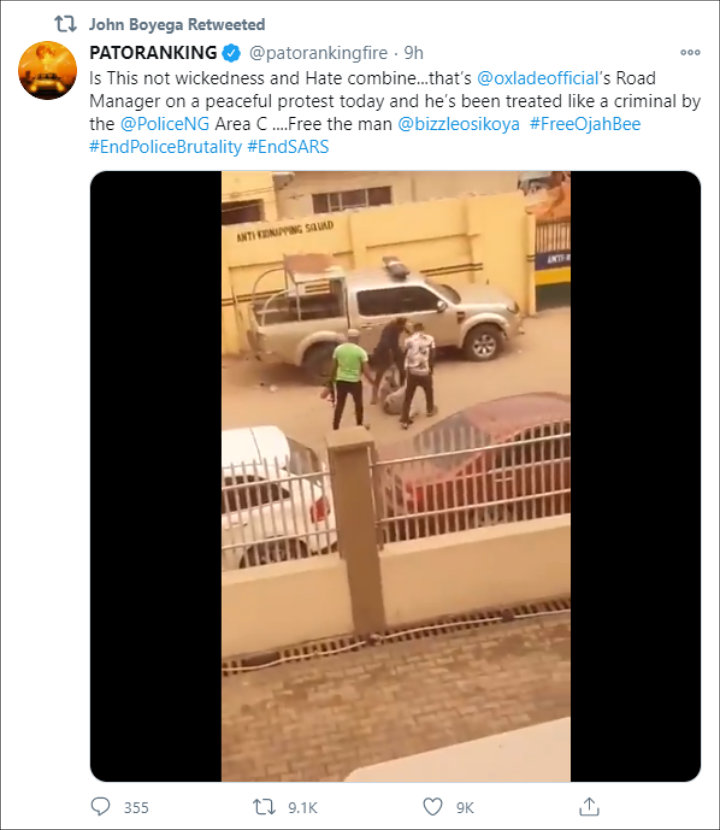 In the statement, the "Killin' Dem" hitmaker wrote that ending SARS was a "first step" but that action must not end there, and that he is launching a charity to help protesters. He has also put up billboards in his native Nigeria backing the protests.

Officials have announced the dissolution of the controversial unit, but citing a CNN article, American singer Trey backed the protests and expressed his fear that the officers at the centre of the controversy would be re-employed, calling the situation, "BULLS**T".

Trey Songz reacted to the announcement about the dissolution of SARS.

Singer WizKid meanwhile led an #ENDSARS protest in London and gave a powerful speech in which he announced the dissolution of the unit. 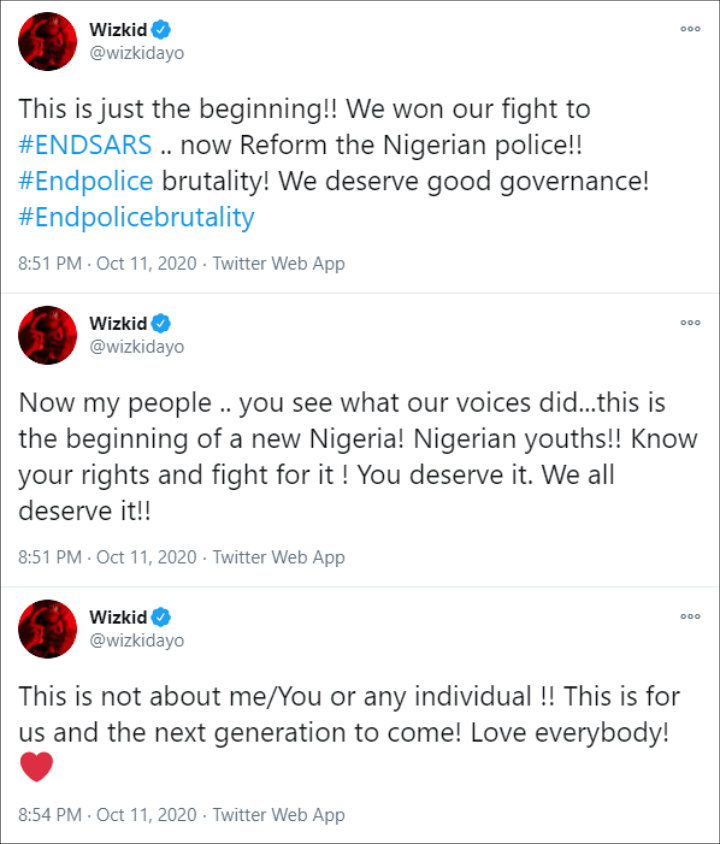 According to videos posted on Twitter, he said: "For Nigerians youths, don't let anyone tell you you don't have a voice," he said before praising and thanking protesters.

Expanding on his comments, he later tweeted: "This is just the beginning!! We won our fight to #ENDSARS .. now Reform the Nigerian police!! #Endpolice brutality! We deserve good governance."

"Now my people .. you see what our voices did...this is the beginning of a new Nigeria! Nigerian youths!! Know your rights and fight for it ! You deserve it. We all deserve it!!

"This is not about me/You or any individual !! This is for us and the next generation to come! Love everybody!".