While the word 'upset' could mean that the 'Euphoria' actress, who is the younger actress to win best lead actress in a drama series, is an underdog who takes home the trophy, fans still criticize New York Post.

AceShowbiz - Zendaya Coleman is still in the celebratory spirit after taking home the best lead actress in a drama series trophy at the 2020 Emmy Awards for her role as Rue Bennett on "Euphoria" and fans won't let anyone ruin it for her. So, when some people appear to try to dismiss her achievement, her fans won't hesitate to attack.

When others are praising Zendaya for it, New York Post's coverage appeared to be criticizing the victory. "Biggest upset: Zendaya wins Emmys 2020 over Jennifer Aniston, Laura Linney," so the publication wrote on Twitter. 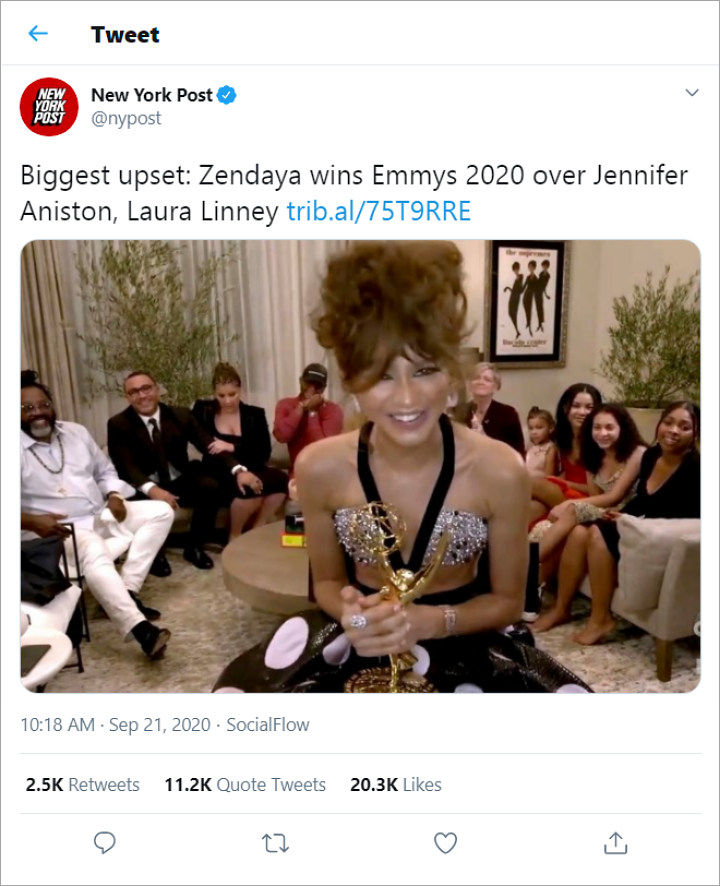 The shade didn't go unnoticed by the "Spider-Man: Far From Home" actress' fans. While the word "upset"could mean that Zendaya was an underdog who took home the trophy, fans still criticized the publication. "I know what context they are using the word 'upset' but was it really an upset? Zendaya and Euphoria was all anyone was talking about all year," one fan pointed out. Trying to prove something, another user wrote, "rt if you were NOT upset."

"Who is upset exactly? Because it's not me," someone else chimed in. "Zendaya's fans aren't mistaking the meaning. We understand the subtext of the term. We are not upset that she won the Emmy award because we saw her performance. You are using the word to mean that she was the underdog. We always viewed our Queen as the front runner in the race," another added.

In other news, Zendaya's rumored ex-boyfriend and "Euphoria" co-star Jacob Elardi broke his silence on her winning. Taking to his Instagram account, Jacob captioned a picture of Rue, "Congratulations captain. Bravo." He concluded his messages with two heart emojis. 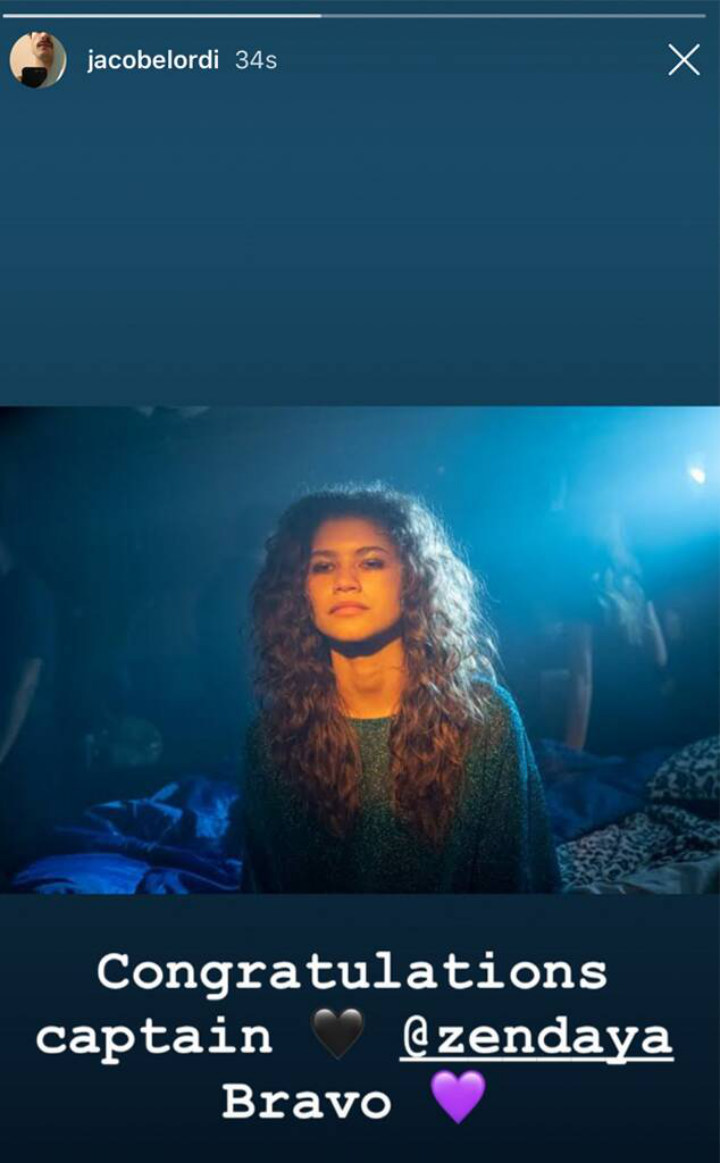 Jacob's message joined a plethora of supportive social media messages from other "Euphoria" cast members, including Storm Reid and Hunter Schafer. Also among those who congratulated Zendaya over her first Emmy win, which made her the youngest actress to win the category, were Maude Apatow and Barbie Ferreira.

Zendaya Trending on Twitter as She Rocks Braids in New Selfies