As the consequence of being public figures, these estranged parents and children unfortunately cannot keep their contentious issues private under the prying eyes of media.

AceShowbiz - Family is the place where someone usually first learns to interact. However, not everyone is lucky to be raised in such a loving and happy environment. Often times, the root of the problem comes from the unhealthy relationship between the parents and children itself.

As the consequence of being public figures, some celebrities and their estranged parents cannot keep their contentious issues private under the prying eyes of media. While some of them are keeping their lips tightly sealed on such sensitive issue, others are not shy to air their family's dirty laundry.

Below are a number of celebrities whose estranged relationship with their famous parents has been highly publicized. 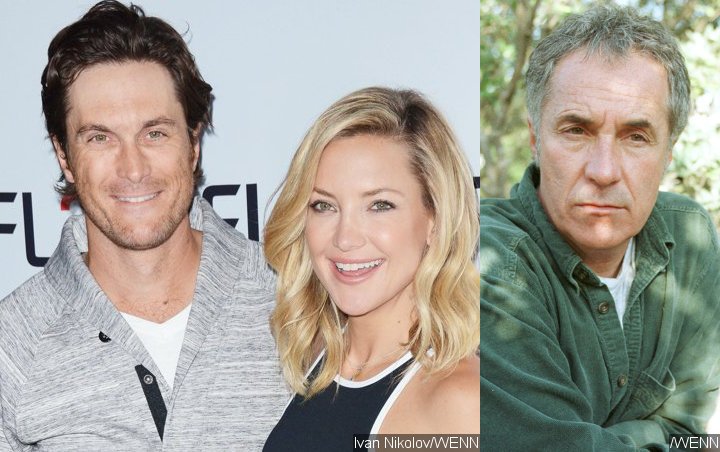 Kate Hudson and Oliver Hudson may have their father Bill Hudson's last name, but they are closer to her mother's longtime partner Kurt Russell. The 70-year-old musician once claimed that his ex-wife Goldie Hawn was "willfully alienating" him from their children after they divorced and she began dating Kurt, but Kate said that was not the case. Her brother even poked fun at their estranged relationship with their father by posting "Happy abandonment day..." on 2015's Father's Day.

Bill initially responded to his son's post by publicly disowning his two eldest children, but it has since led to a dialogue between the father and son after 12 years. Oliver revealed later in the year that they "had an amazing three-hour conversation" after he shared the post. In 2018, the former "Splitting Up Together" star gave an update on his relationship with his father, saying that they had begun speaking again. 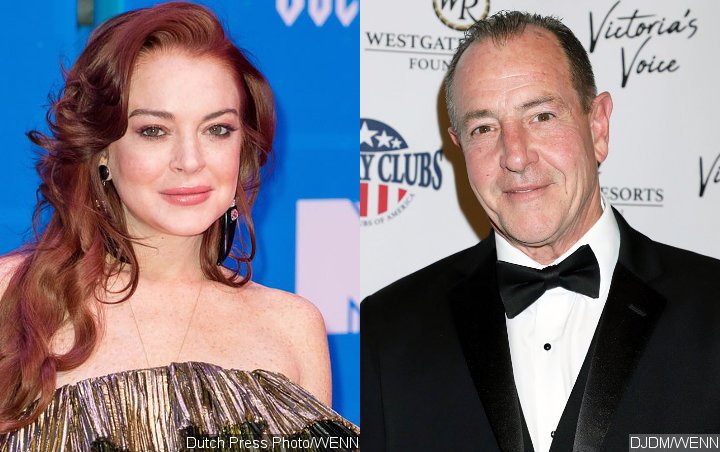 It's no secret that Lindsay Lohan and her father Michael Lohan don't have the best relationship. Having had a history of run-ins with the law, the 60-year-old former Wall Street trader isn't a good influence on his actress daughter, who had been struggling with addiction issues. Making matter worse, her father was ready to sell her story to the media.

The "Parent Trap" star has cut off communication with her dad on multiple occasions, including in 2009, after he released voicemails of her crying to the media. His erratic behavior once terrified his then-wife Dina and their four children, and Lindsay and her mother even sought a restraining order against Michael. While the 34-year-old actress has been leading a quite peaceful life lately, there's no record showing that she currently maintains a good communication with her father. 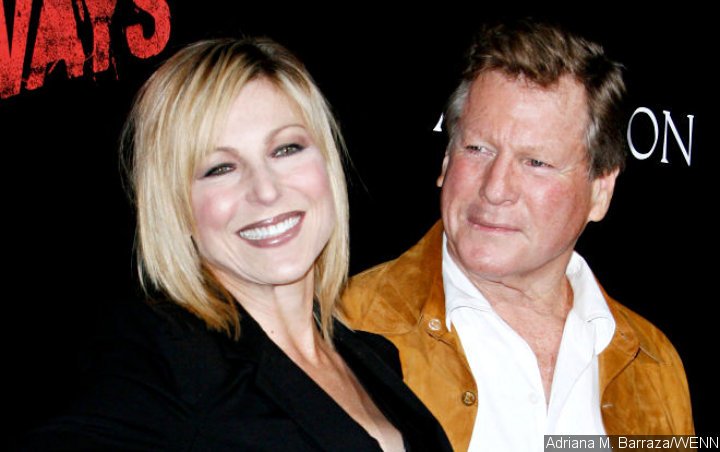 Tatum O'Neal became the youngest Oscar winner in history at ten when she won best supporting actress after starring in "Paper Moon" (1973) opposite her father Ryan O'Neal, but her personal life only got worse after that. The duo had a famously turbulent relationship over the years, with Tatum and her brother Griffin being abandoned by her father at 16 when he moved in with girlfriend Farrah Fawcett.

However, the daughter and father have since opened the door for reconciliation. Worried that would fall into isolation and depression when Farrah was battling cancer, Tatum gave her father's phone number to her son Sean, who contacted Ryan a year before Farrah's death in June 2009. In September 2020, Sean shared evidence of the daughter and father's mended relationship as he posted a photo of the first family reunion in 17 years. 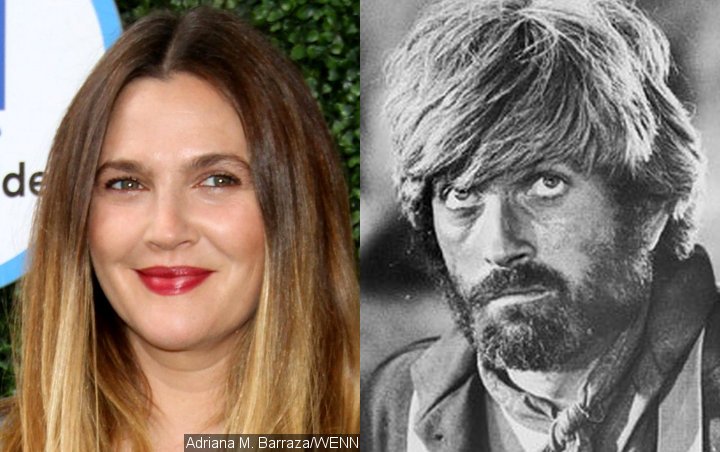 Drew Barrymore may inherit her love for acting from her father John Drew Barrymore, but sadly their similar traits don't reflect their relationship. The former child actress, who made her debut at just 11 months, had a troubled childhood marked by drug and alcohol abuse, no thanks to her rocky relationship with her mother Ildiko Jaid Mako and her complicated father that led to her emancipation when she was 14.

Having gone through the worst and experienced being a mother herself, the "Santa Clarita Diet" star has said she now has no resentment for her late father, who passed away in 2004. "I don't have a picture of a dad today to show how great everything was. I have a picture to show what it was. And that is my story. And that is perfect in itself," she wrote in a Father's Day tribute earlier this year. "My dad gave me the gift of life! A wicked sense of humor! And that wildness that I truly do cherish." 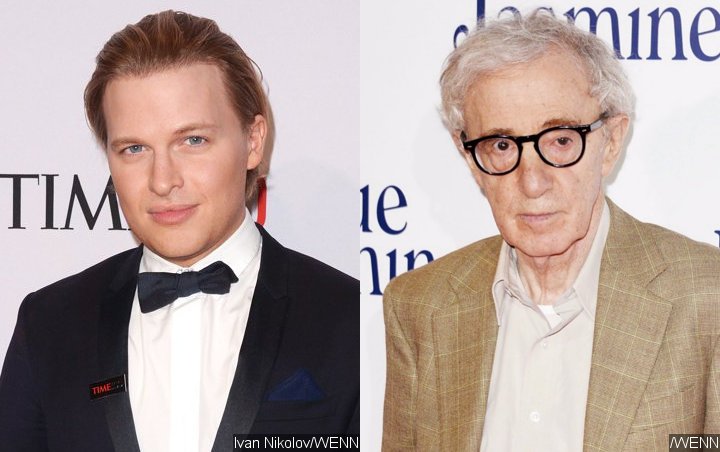 Sexual abuse allegations against Woody Allen have been long a subject of debate that divide both industry workers and fans, but his family is perhaps his biggest critic. Although he has been cleared off accusation of allegedly molesting his adopted daughter Dylan Farrow decades ago, his son Ronan Farrow sides with his mother Mia Farrow and often talked badly of the filmmaker.

The feud was intensified by Woody's controversial relationship with Soon-Yi Previn, who was adopted by his then-wife Mia before she started dating Woody in 1980. The "Midnight in Paris" director and Soon-Yi began to have a sexual relationship in 1992, when he was 56 and she was 21 years old. Later in 2016, when Dylan's brother Moses Farrow disputed details of Dylan's account of Woody's alleged molesation, Ronan once again spoke against his father and stated, "I believe my sister." 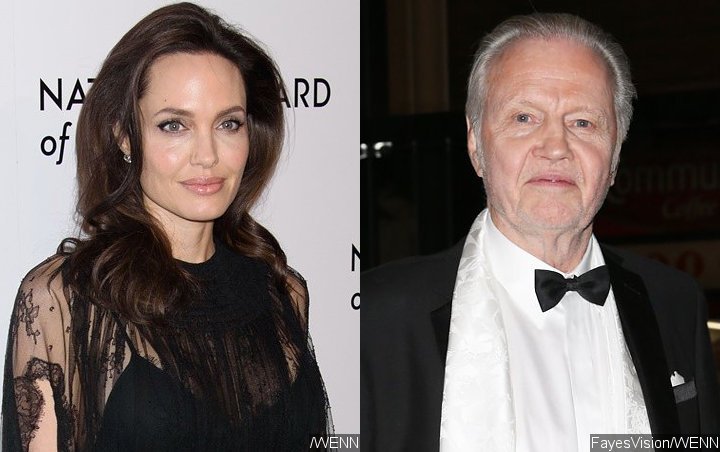 Angelina Jolie spent most of her childhood without the presence of her father Jon Voight. After her mother Marcheline Bertrand separated from the veteran actor when she was 2 years old, Marcheline raised the "Maleficent" actress and her brother James Haven on her own. The 45-year-old Oscar-winning actress admitted that from then on their time together was sporadic.

The two reconciled when they appeared together in "Lara Croft: Tomb Raider" (2001), but their relationship again deteriorated again after Jon told "Access Hollywood" in 2002 that his daughter had "serious mental problems." So severe their relationship was that she petitioned the court to legally remove her surname "Voight" in favor of her middle name. Following her mother's death from ovarian cancer in 2007, Angie and her brother James began rebuilding their relationship with their father. 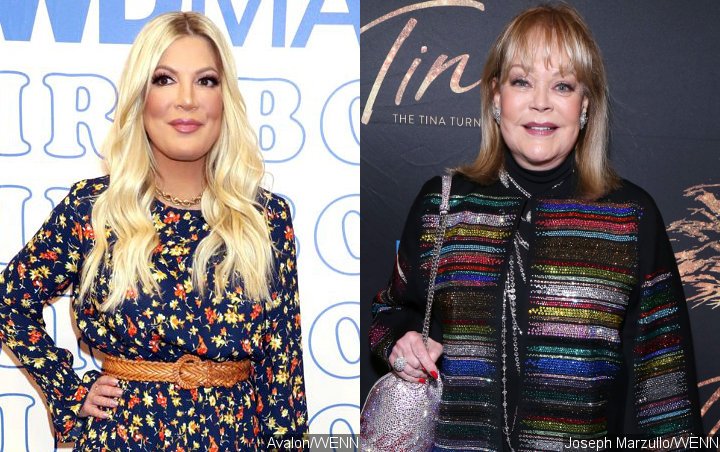 Tori Spelling and her mother Candy Spelling fell out after the death of her father, successful TV producer Aaron Spelling, in 2006. Out of Aaron's estimated $500 million estate, the "Beverly Hills, 90210" alum and her brother reportedly only inherited $800,000 each, with the rest going to their mother. Tori would later rely on her mother's aid when she and her husband Dean McDermott had financial issues for years, until Candy allegedly refused to help.

In 2009, Candy aired out her estranged relationship with her daughter in her memoir "Stories from Candyland". While the 74-year-old theater producer said she didn't know why she and Tori were feuding, she admitted that their strained relationship led to her decision to sell Spelling Manor, where she had lived since 1991. However, time has apparently healed the wounds as Tori revealed in 2019 that she and her children had visited Candy at her huge apartment, which she dubbed "manor in the sky." 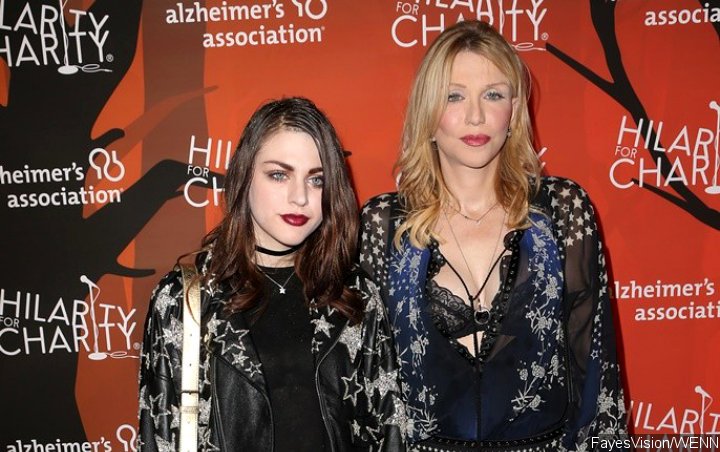 Frances Bean Cobain, the only daughter of Kurt Cobain and Courtney Love, had not-so-fond memories of her childhood, and she blamed it on her mother's issue with substance abuse. Courtney briefly lost custody of her daughter when Frances was only two years old. Though an investigation into Courtney and Kurt's parenting abilities was ultimately dismissed in early 1990s, Courtney's drug use continued to be a main issue in the mother-daughter relationship.

Frances was placed in her grandmother's care after her mother's drug-related arrest in October 2003. Speaking of their volatile relationship, the 28-year-old model suggested that she had witnessed her mom having an overdose when she was a child. Though Courtney regained custody of Frances in 2005, Frances later took out a restraining order against her mother when she was 17. They, however, have since mended their relationship and became close as Frances became an adult. 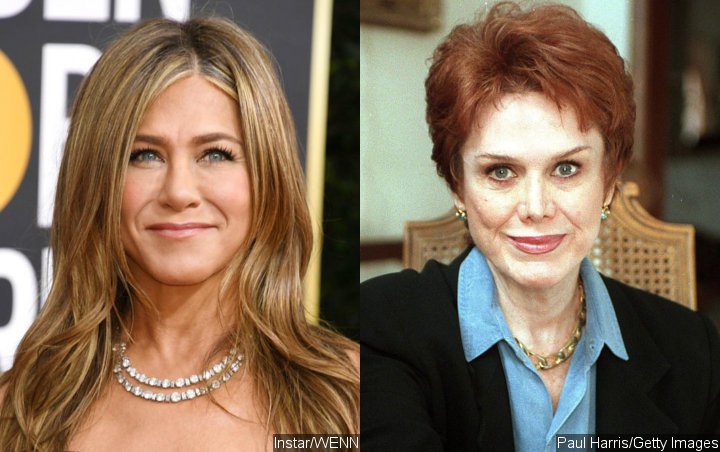 Born into an acting family, Jennifer Aniston had an especially difficult relationship with her actress mother Nancy Dow. In a 2018 interview with Elle, "The Morning Show" star opened up about the root of the problem. "She was from this world of, 'Honey, take better care of yourself,' or 'Honey, put your face on,' or all of those odd sound bites that I can remember from my childhood," she shared. In her memoir, the Emmy Award winner admitted she went through a period with her mom and didn't even invite her to her 2000 wedding with Brad Pitt.

Despite their issues, Jen realized that her mom "really loved me." She said of her mom's "odd sound bites," "It wasn't her trying to be a b***h or knowing she would be making some deep wounds that I would then spend a lot of money to undo." The "Friends" alum revealed that her divorce from Brad in 2005 prompted her to reach out to her mother after nearly a decade of estrangement and they made peace before Nancy died in 2016. 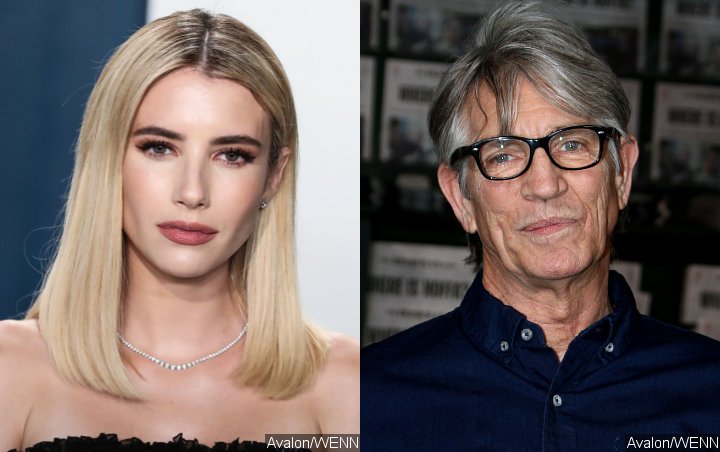 Emma Roberts is the daughter of volatile actor Eric Roberts, but her passion in acting grew from her closeness to her aunt Julia Roberts rather than from her dad. The "Scream Queens" alum, who debuted as an actress at age nine, had very little contact with the 64-year-old actor after he separated from her mother Kelly Cunningham and he left when Emma was a baby.

Eric himself was estranged from his sister Julia due to his past drug abuse and it didn't help that the "Money Monster" actress sided with his ex-girlfriend, Emma's mother, and helped fund Kelly's legal battle over the custody of his daughter. Years later, however, the family has brushed off their issues and has what Eric described as a "special relationship." Nowadays, the "Runaway Train" star can't get enough of his daughter's close bond with his sister, gushing, "They look so much alike that I love the pictures of them when they're side-by-side."

These Celebrities Rave About Getting COVID-19 Vaccine