The 'A Little Pain' singer has given a folksy makeover to Cardi B's collaboration with Megan Thee Stallion during an appearance on 'The Daily Show with Trevor Noah'.

AceShowbiz - Margo Price has fellow singer Brittany Howard to thank for calming her nerves after fearing she had made a mistake by covering Cardi B's raunchy rap hit "WAP".

The "A Little Pain" star was recently asked to give Cardi B's Megan Thee Stallion collaboration a folksy makeover for an appearance on America's satirical news series, "The Daily Show with Trevor Noah", and she agreed.

"I was in a grocery store stocking up for vacation (when I got the call), and was like, 'Oh man, I don't know if I can pull that off,' " she told Billboard.com.

"I had heard the song, of course, and laughed my a** off, but it was like, 'Well, Trevor specifically asked you to do it,' and he's interviewed me before and supported (her album) 'All American Made' and I thought, 'I'm not going to take myself super seriously. This is about women empowerment and they want to see a white woman singing it to see if there's a different reaction. I'm game.' "

The performance aired earlier this month, and while most of the feedback was positive, some social media trolls took aim at Price, and the criticism knocked her self-confidence.

"Cardi B shared it on her Instagram story and Twitter, but I saw a lot of hate, too," Price shared. "Just go on Twitter and type in 'Margo Price' and it's like, 'Stupid-a** white woman covers a hip-hop song.' Come to find out, nobody likes to hear women talking about their sexuality, but you can be objectified all day long. I was like, 'Did I f**k up?' "

However, it was only after Alabama Shakes star Howard heaped praise on the cover that she was able to relax again.

"My friend Brittany Howard reached out and was like, 'Dude, your WAP cover, I'm dead,' " she recalled, before admitting there was another reason she had been fearing the worst.

"That was the week I was tripping on mushrooms," Price confessed.

Margo Price Gets Candid on Decision to Quit Drinking: I Don't Miss Alcohol at All 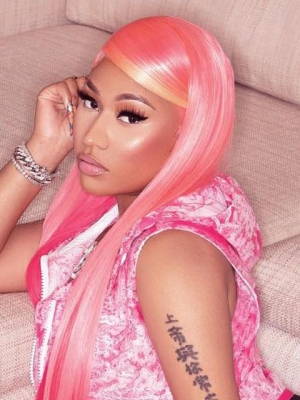 Wiz Khalifa Regrets Snapping at DJs During Onstage Rant: I Was Really Frustrated

Claire Richards Believes Steps' Split Is What Makes Them Still Together