The 'Lover' singer's surprise release 'Folklore' landed on top of the Billboard 200 on August 2, before its first single, 'Cardigan', is rocketing to number one on the Hot 100.

AceShowbiz - Taylor Swift is celebrating after becoming the first artist in Billboard chart history to land debuts at the top of the singles and albums countdown in the same week.

The singer's surprise release "Folklore" hit the top of the Billboard 200 on Sunday (August 02) and now the first single from the album, "Cardigan", has rocketed to number one on the Hot 100.

Taylor marked the double milestone by replying to fans' congratulatory tweets with a GIF of Dwayne "The Rock" Johnson in the "San Andreas" film saying, "Oh My God." 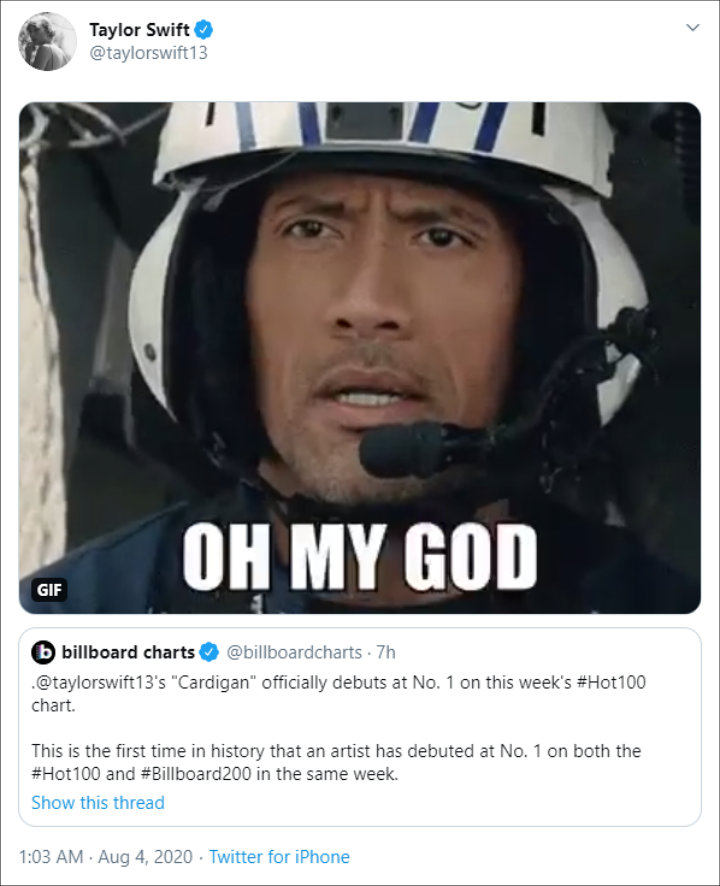 Taylor Swift reacted to news of her double milestone on the Billboard charts.

Swift also becomes one of only seven other artists who have had multiple songs debut at number one, and she's the first artist to debut three songs in the top six spots of the Hot 100 in a single week.