The VH1 star takes to Twitter to set the record straight about the alleged love triangle between him, the mother of his children Rachel Leigh and former 'Black Ink Crew: New York' cast member Kit Sovain.

AceShowbiz - "Black Ink Crew: Chicago" star Ryan Henry believes that he's a victim of vicious editing on the show. After the VH1 reality show returned for season 6 on Monday, July 6, Ryan, who is depicted in a love triangle, took to his social media account to blast the show for allegedly inaccurate portrayal of him.

He took to his Twitter page to set the record straight about the alleged love triangle between him, the mother of his children Rachel Leigh and former "Black Ink Crew: New York" member Kit Sovain. "I never started a relationship with Kit. Last season edited a convo where I stated 'if we are filming scenes where ppl r starting to believe that WE ARE IN A RELATIONSHIP, I'm still not gonna play you & .... etc etc' because I was requested to s**t on her. I didn't," Ryan said.

As for his relationship with his baby mama, Ryan noted that they "have been separated over 2yrs &have never gotten back 2gether. At any cost we still take entire family trips 2create the memories for all of our children regardless of relationship statuses. Voiceovers from scenes 3 years ago telling each other 'I love you' were added."

He then accused the post production team of fabricating his story, writing, "When I didnt start a relationship with kit or super play her out as I was requested to, the narrative of not my producers, but the Post Production team at big fish was 2 'if u won't do it our way we will edit & make it our story' so no matter who I rode for, they told THEIR story."

"When they got the final cut of the finale episode, Producers were literally heard saying 'oh s**t they f***d Ryan, nobody answer his calls when this airs' the day before it aired," he continued. "It was fully twisted from what myself, Rachel, and Kit filmed and provided. Skillfully edited tho."

He went on to say that they made him look like "a liar, a cheater, dishonest black man cuz it's entertaining rather than the truth." Responding to people who told him that "it's what you signed up for," Ryan said, "No it's not. I'm here to inspire those who aspire and can relate to real. Not BS edits."

Ryan also noted that he fought against the editing "because I have young men who look up 2me, I have children that can see now per some f***ed up edits that it looks like it's okay to lie 2multiple women including their mom and be a b***hmove making man which I didn't &don't. Yet I'm put out to the world as such." 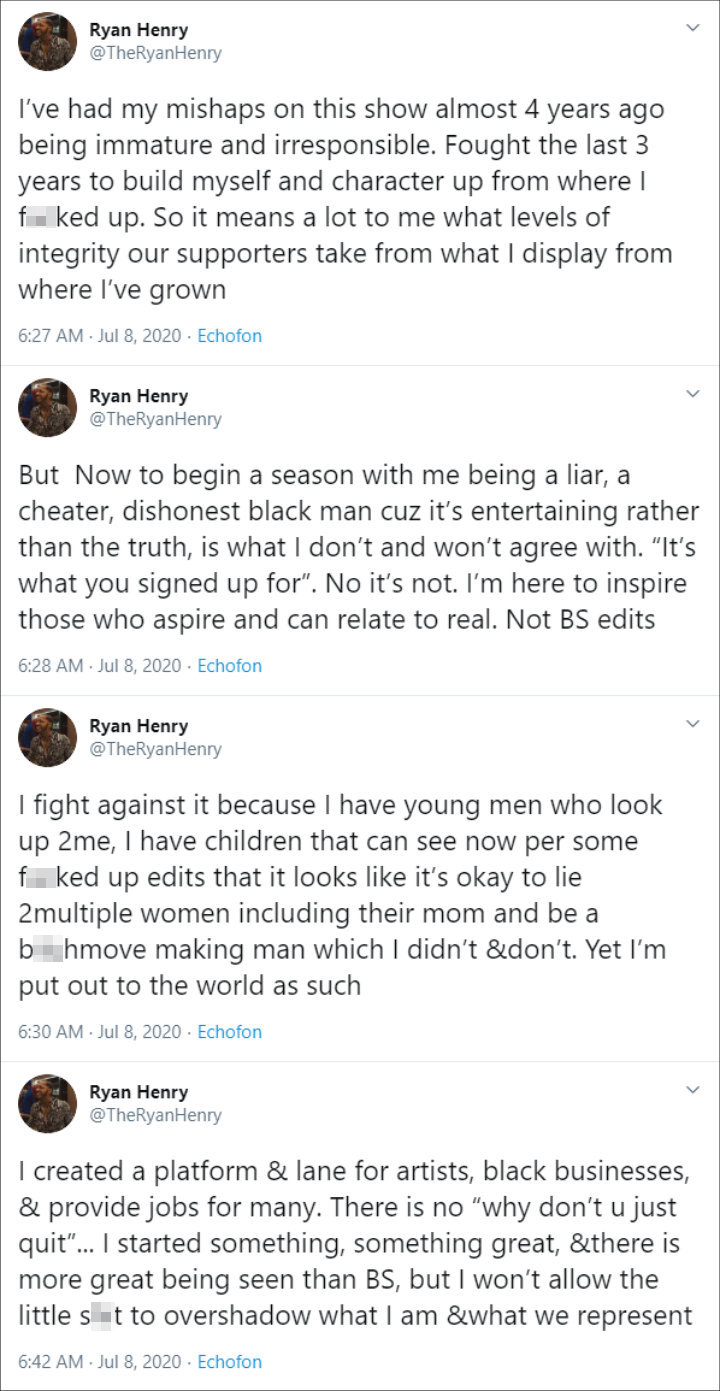 Ryan explained why he fought against the editing.

Concluding his lengthy rant, Ryan tweeted, "I created a platform & lane for artists, black businesses, & provide jobs for many. There is no 'why don't u just quit'... I started something, something great, &there is more great being seen than BS, but I won't allow the little s**t to overshadow what I am &what we represent." 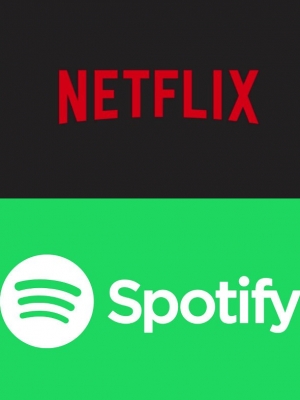