The 'Once Upon a Time in Hollywood' actor is photographed leaving his ex-wife's Los Feliz mansion on his motorcycle after reportedly spending two hours inside.

AceShowbiz - The heated tension between Brad Pitt and Angelina Jolie has apparently cooled down following their long custody battle. The "Moneyball" actor was spotted visiting his ex-wife's mansion last week, marking the first time he was seen at her place since their 2016 split.

On Tuesday afternoon, June 23, the 56-year-old actor was pictured leaving Angie's $24 million home in a gated community in Los Feliz, Los Angeles on his motorcycle. According to Daily Mail which obtained the pictures, the two-time Academy Award-winning actor left the house after spending two hours inside.

Brad wore light colored jeans, a light sweater and sneakers as he drove off from Angie's driveway. He sported a shiny silver helmet, but the front face shield was clear, revealing that the "Ocean's Eleven" star was wearing aviator sunglasses underneath the helmet. He also rocked a pair of white gloves. 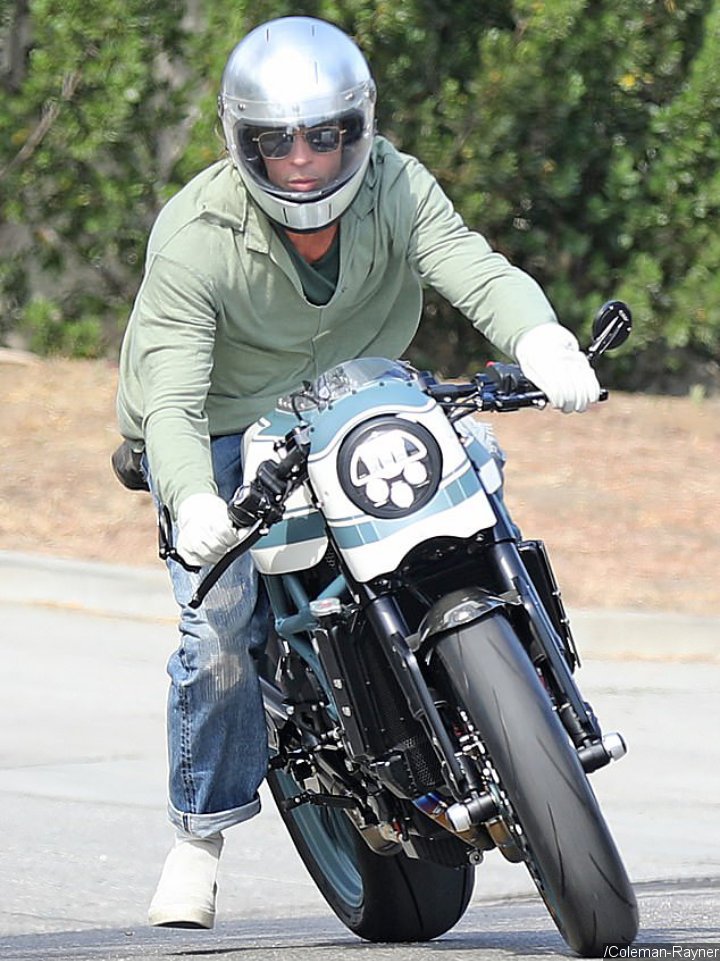 It's very unusual to see Brad and Angie having a meeting without their lawyers. The two were previously involved in a long and contentious custody battle over their six children, but recently it was reported that they have reached an agreement on a new set-up for their children.

In early April, the exes reportedly came to an agreement that will see the children attending a more traditional schooling program in L.A., in contrary the homeschooling method they've adhered to until now. Recent aerial photos of Brad and Angie's houses, which are just five minutes from each other, also showed that they have upgraded their backyards with swings, slides and trampolines for their children's play haven.

Brad's sighting at Angie's place arrived two weeks before their twins Knox and Vivienne's 12th birthday. It's possible that the exes were having discussions about upcoming celebrations for their youngest children's special day.

John Wayne's Son Reacts to Call for Renaming of Airport: My Father Was Not a Racist