The former cast member of the Bravo reality series has been dismissed, along with co-stars Stassi Schoeder, Max Boyens and Brett Caprioni, for past racist behaviors.

AceShowbiz - Kristen Doute is showing love for her former castmate on "Vanderpump Rules". A little over a week after Bravo announced that she and three other cast members would not be returning to the hit reality series in the wake of racism allegations, the TV personality made use of her social media account to express support to Brittany Cartwright.

Posting a message on both Twitter and Instagram on Wednesday, June 17, the 37-year-old asked her followers to pray for Cartwright's mother. "Please, everyone, keep @BNCartwright momma @SherriCartwrig3 in your prayers, thoughts, spiritual/higher power thoughts... whatever it is you believe in," she pleaded. "Thank you." 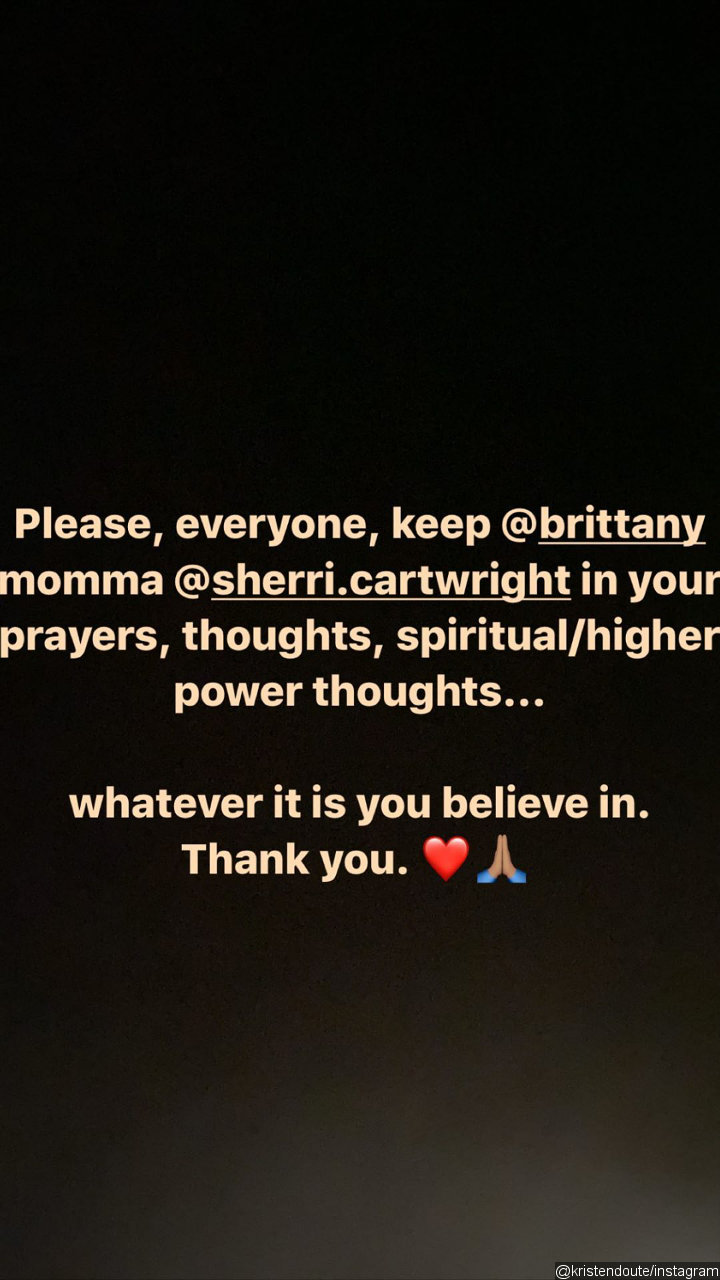 Just days earlier, it was unraveled that Cartwright's mother, Sherri, has been placed "in the ICU due to serious complications from bladder surgery." In a statement released on June 13, her representative claimed, "Brittany has been beside herself and asking for prayers. She is planning to go to Kentucky to be by her mother's bedside next week."

Though Doute has kept a low profile since her firing, the prayer plead post was apparently not her first tweet. One day prior on June 16, she shared a video of "We Are Family For Life Entertainment (W.A.F.F.L.E.)" Crew getting the golden buzzer from "America's Got Talent" judge Simon Cowell during an audition. 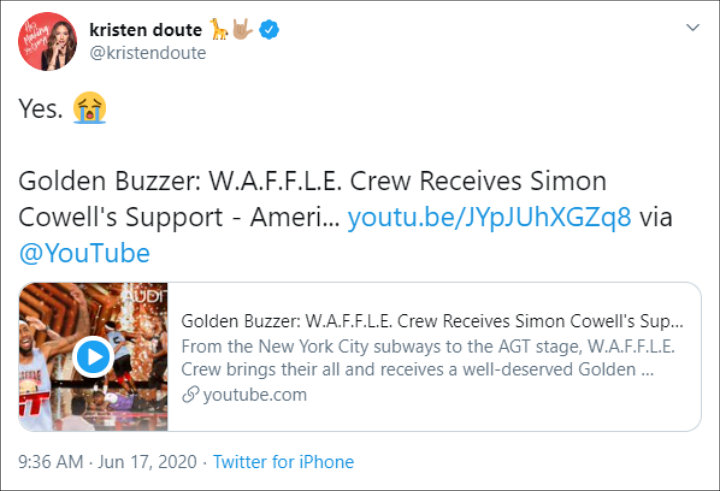 Doute landed on hot water after "Pump Rules" alum Faith Stowers accused her and Stassi Schoeder of racial profilling. During an Instagram Live chat, Stowers claimed that they made a police report against her for a crime she did not do. "It was just funny, because they thought it was me because it was a black woman with a weave. So, they just assumed it would be me, and they called the cops on me," she stated.

In response to Stowers' allegation, Doute issued an apologetic statement via Instagram. "Although my actions were not racially driven, I am now completely aware of how my privilege blinded me from the reality of law enforcement's treatment of the black community, and how dangerous my actions could have been to her," she explained, before promising to do better.