The 'Hellboy' actor claims he will raise $50,000 for the Black Lives Matter movement if the politician is willing to square off with him in the ring after the two of them got into a Twitter feud.

The "Hellboy" star got himself into a social media slanging match with Republican Congressman Matt Gaetz who criticised him for playing a white supremacist biker on the TV show "Sons of Anarchy" - prompting the star to point out he's "playing a**holes" rather than "actually being one."

Perlman went on to call Gaetz's House of Representatives colleague Jim Jordan the "ugliest politician walking," prompting Cruz to suggest he'd put up $10,000 (£8,000) as a prize if the actor took on Jordan, a former wrestling coach, in the ring. 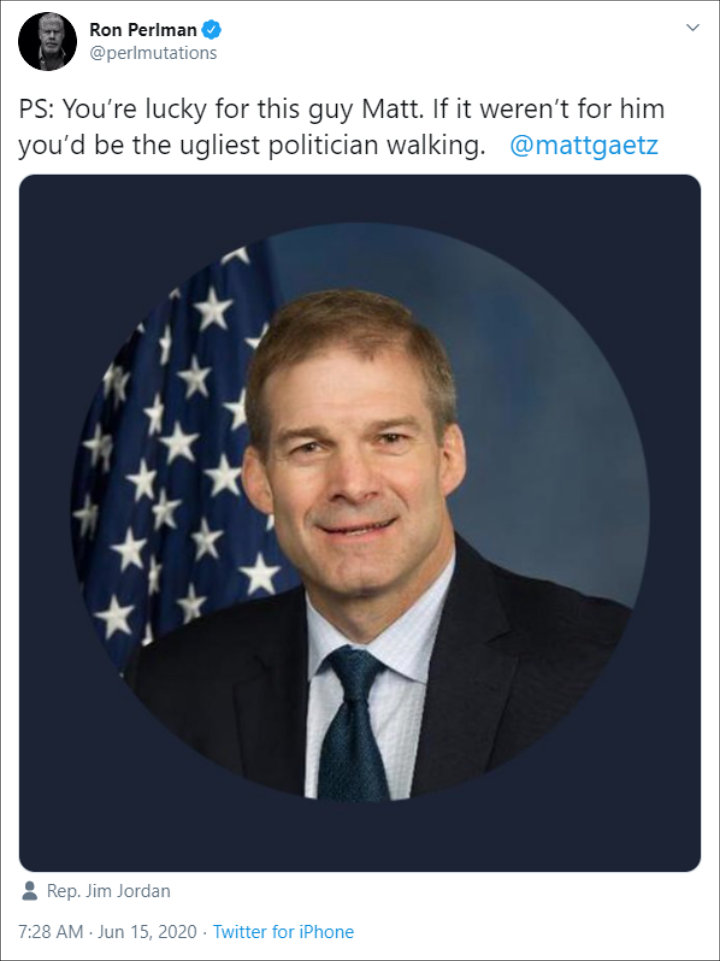 The 70-year-old had other ideas, however, instead suggesting he and Cruz enter the squared circle to raise $50,000 (£40,000) for the Black Lives Matter movement.

"I tell you what teddy boy, since mentioning jim jordan and wrestling is... problematic, why don't we say f**k him and just make it you & me. I'll give 50k to Black Lives Matter and you can keep all the tax payer money you were thinking of spending," Perlman tweeted.

Cruz, 49, responded to the challenge by writing, "I get it, you're rich. But, apparently, soft. You sure seem scared to wrestle Jordan (whom you keep insulting). Can't take the heat? Need to get a manicure?" 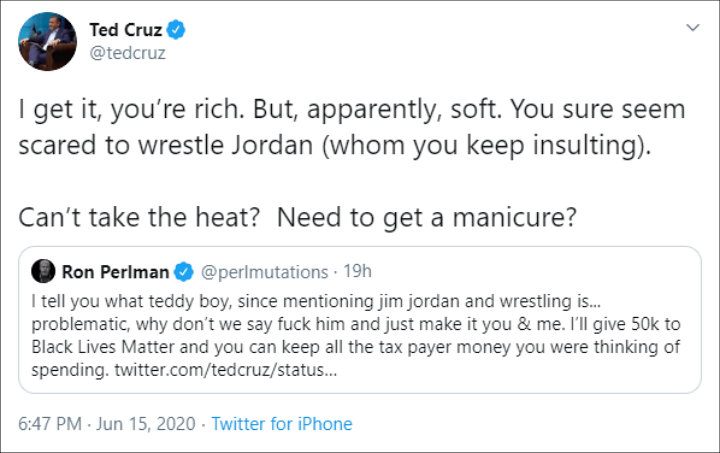 He had hinted in his original tweet that the actor may look like a hardman on set, but would lose to Jordan if they wrestled. 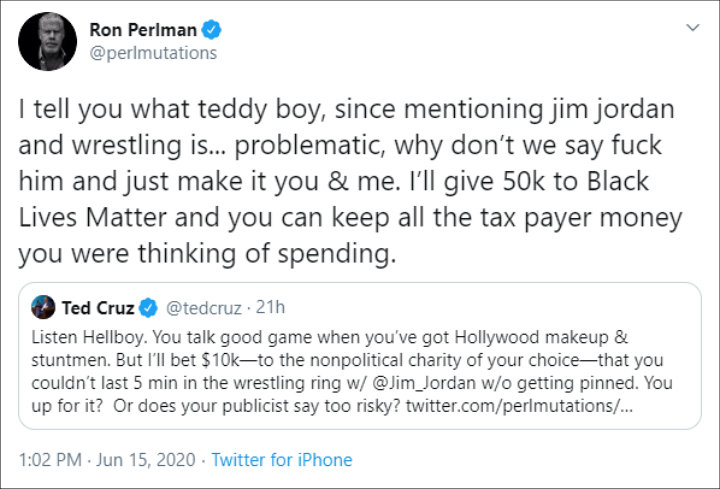 "Listen Hellboy. You talk good game when you've got Hollywood makeup & stuntmen. But I'll bet $10k-to the nonpolitical charity of your choice-that you couldn't last 5 min in the wrestling ring w/ (with) @Jim_Jordan w/o (without) getting pinned. You up for it? Or does your publicist say too risky?"

Howard Stern Responds to Backlash Over 1993 Blackface Skit: I Was the Craziest