Amid Black Lives Matter movement, the 18-year-old former Disney Channel star makes use of her Twitter account to call out teens who have shared their insensitive views

The 18-year-old former Disney Channel star has been calling out teens on Twitter who have shared their insensitive views on the Black Lives Matter movement, amid global protests against racial injustice.

Skai is naming names, sharing screenshots, and calling on schools and colleges to take action - prompting a positive response from representatives at Rowan University in New Jersey.

"Hi Skai, We do not condone discrimination, harassment, or other forms of illegal mistreatment of others," they penned, after the teenager shared a photo of a student named Paige Stratton wearing offensive blackface make-up. "We take all allegations brought to our attention seriously, and investigate them to the fullest extent possible."

"This case is being handled by administration," they assured. 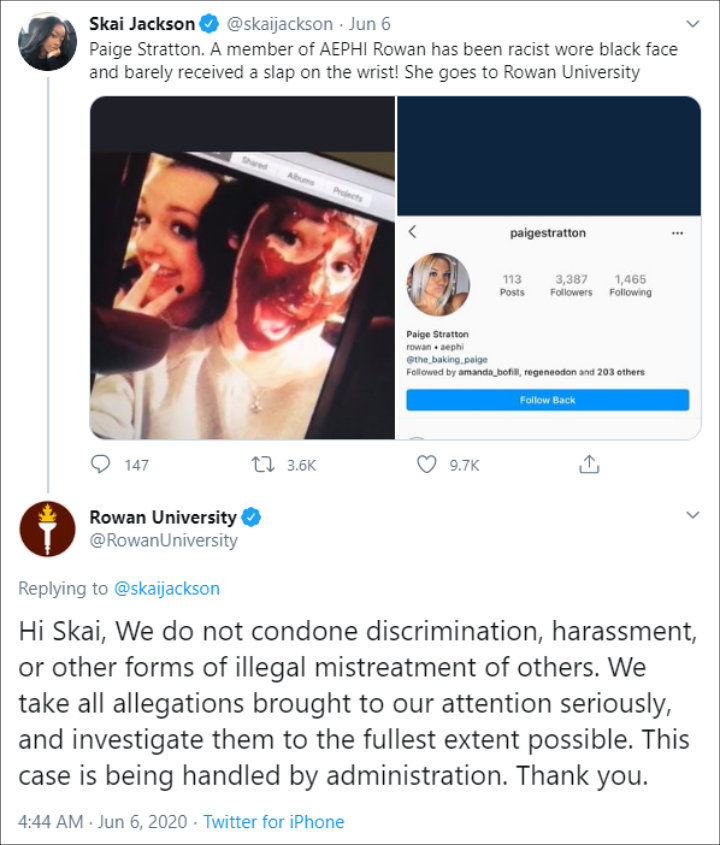 The star received widespread support from fans on the platform, who readily liked and shared her posts to help raise awareness of casual racism on social media.

Justin Bieber Admits to Having 'Benefited Off of Black Culture'