The 'God's Plan' rapper and the 'Blinding Lights' hitmaker have each responded to the call of action made by Mustafa the Poet in the wake of nationwide protests over the tragic death of George Floyd.

AceShowbiz - Drake and The Weeknd have donated $100,000 (£79,000) each to the National Bailout Collective to help families in need amid the Black Lives Matter protests currently taking place in America.

Following the tragic death of George Floyd at the hands of police officers, hordes of protests were staged over the weekend (May 30-31) in support of the Black Lives Matter movement throughout the country.

And in the wake of the protests, which also took place during the coronavirus pandemic, Mustafa the Poet called on his famous pals Drake and The Weekend to donate to the collective.

Sharing proof of his own $400 (£315) donation, Mustafa tagged the pair on his Instagram Stories, writing: "My Toronto Kings @champagnepapi @theweeknd. Swipe up & match my donation but add 3 zeros! Let's help reunite black families." 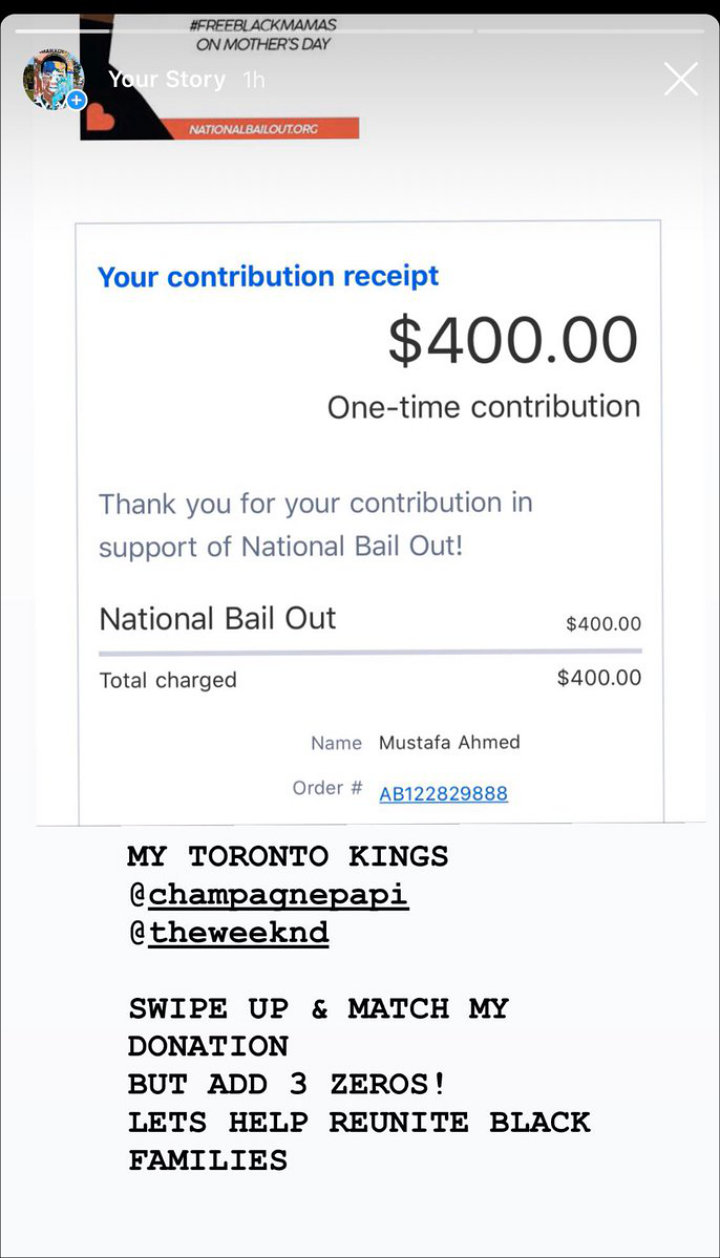 Drake then responded saying that he'd made a donation of $100,000, but that he had a call from his bank checking his identity before he was allowed to do so.

Drake talked about his own attempt to donate.

Mustafa also shared a snap on his social media of a receipt showing that The Weeknd, real name Abel Tesfaye, also donated $100,000 to the fund.