The former NBA player husband of Gabrielle Union debuts his new look in a short TikTok video that sees him sitting behind the wheel of a convertible with his 12-year-old in the passenger seat.

The Saturday, May 23 video begins with the 38-year-old basketball pro walking slowly into a pool while Sleepy Hallow's "Deep End Freestyle" plays in the background. It then cuts to a scene wherein he takes the wheels of a convertible while his 12-year-old child sits in the passenger seat.

In the caption of his video post, Wade simply put the hashtags of "#WeDifferent" and "#DeepEnd". The clip was also shared by his actress wife, Gabrielle Union, on her Instagram Story feed along with a note that read, "@zayawade and @dwyanewade snapped."

On the same day, Wade also turned to Instagram to share another look at his brand new hair color. Along with a photo of him perching on a balcony while holding onto a glass of wine, he wrote, "When they think they know you--Switch it up!" He added the hashtags of "Free" and "Red Hair Don't Care" at the end of the post.

Wade's post on the photo-sharing side has garnered positive reactions from his followers. Among them were one from his wife that read, "No Fux Given D is the best," and another from singer/actress Janelle Monae, who simply wrote, "Always." Many others praised the dark red color the ex-athlete chose. 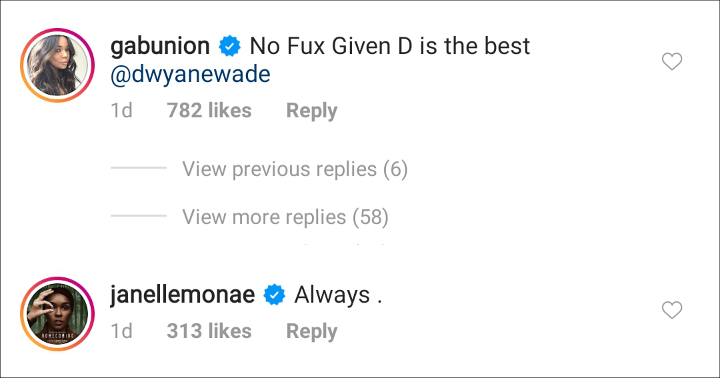 Explaining further on the reason why he and his wife decided to come forward with the revelation, Wade stated, "For me, it's always about being able to adapt and being able to learn, and always being able to grow." He went on to note that he has learned "to keep my mind open, keep my eyes open, keep my heart open, keep my thoughts open," adding, "That's what I've been trying to do as I'm growing into the man that I've always dreamed of becoming."