Miley dresses up her boyfriend Cody as a drag queen in her lockdown directorial debut video released to support his latest single called 'Dancing with the Devil'.

AceShowbiz - Miley Cyrus persuaded her boyfriend, Cody Simpson, to don a dress, fishnet stockings and make-up for his latest video, which she directed at home.

The "Wrecking Ball" star makes her debut behind the camera for the arty promo for the Australian singer and poet's "Dance With the Devil" video, in which he portrays a cross-dressing seaman.

The couple created the short film during their lockdown at Miley's home and Cody gave his girlfriend free rein to get as creative as she liked.

Cyrus turned make-up artist to give her man eyeshadow, bright red lipstick and fake fingernails while dressing him up in fishnets, a black Vivienne Westwood dress, believed to be one of hers, and costume jewellery.

She also set the tone for the video, which begins with Cody dressed up like a sailor, lighting candles around the house and a firepit in the garden for outdoor scenes.

"Our lives, in a sense, are a collaboration so we wanted that to be reflected in the video," he says.

Miley and Cody have been dating for almost a year after hooking up last summer 2019 following the pop superstar's split from husband Liam Hemsworth - another Aussie hunk. 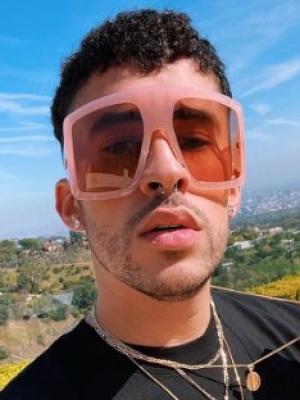