JoJo Gives Up Sex During Making of New Album, Admits to Cheating on Boyfriend

The 'Too Little Too Late' singer reveals she's abstain from having sex while hard at work in the studio to complete her latest studio album 'Good to Know'.

AceShowbiz - Pop star JoJo kept her focus while recording her latest album, "Good to Know", by giving up sex.

The singer, who is now happily single, admits she struggled to be independent after a string of relationships and wanted to fully commit herself to working on her new music.

"The album just finds me processing and getting to a place of realising I've never been alone my whole adult life," she tells People. "I've always been in a relationship with somebody, and I was delaying a really important part of becoming an adult, which is being independent."

The star reveals she was celibate for 10 months while working on the record.

The "Leave (Get Out)" hitmaker admits self-care helps her stay positive when she starts getting down on herself. "I've been going to therapy since I was 18. I had more weight on my shoulders than I could bear," she shares. "I would talk to my therapist once a week, and now it's kind of as needed, but it's really nice to have that impartial and professional opinion. I'm very fortunate that I could do that."

And Jojo isn't about to diss men, confessing she has often been to blame for failed romances and revealing she once cheated on her boyfriend after a night of drinking.

"I self-sabotaged because I didn't feel worthy of a loving, lasting relationship," she says. "I didn't love myself. I am actively practising self-love. It's not just something you arrive at. I need to really work at it."

Listen: JoJo Vows to Be 'The Change' on Joe Biden's Official Campaign Anthem

JoJo to Remove Tory Lanez From Her Song 'Comeback' 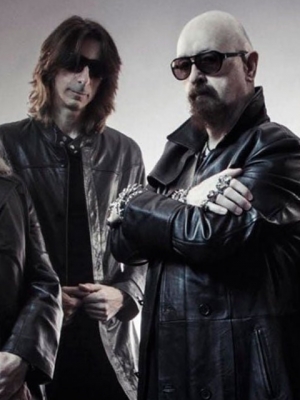