Katt Leya takes to Instagram Stories to share a photo of her injured her hand along with a caption that reads, '@deandreayton untrained a** dog bit me! I tell you…'

AceShowbiz - Deandre Ayton just wanted to have some private time with his side chick, but it didn't go well as planned and it was all because of his dog. Katt Leya took on Instagram Stories to rant after she got bitten by his dog.

In the post shared on the photo-sharing platform, Katt uploaded a photo of her injured hand as she wrote in the caption, "@deandreayton untrained a** dog bit me! I tell you…" Katt didn't give any more details about her injury, but Gossip of the City claimed that the dog bit her because the animal is very close to his girlfriend. 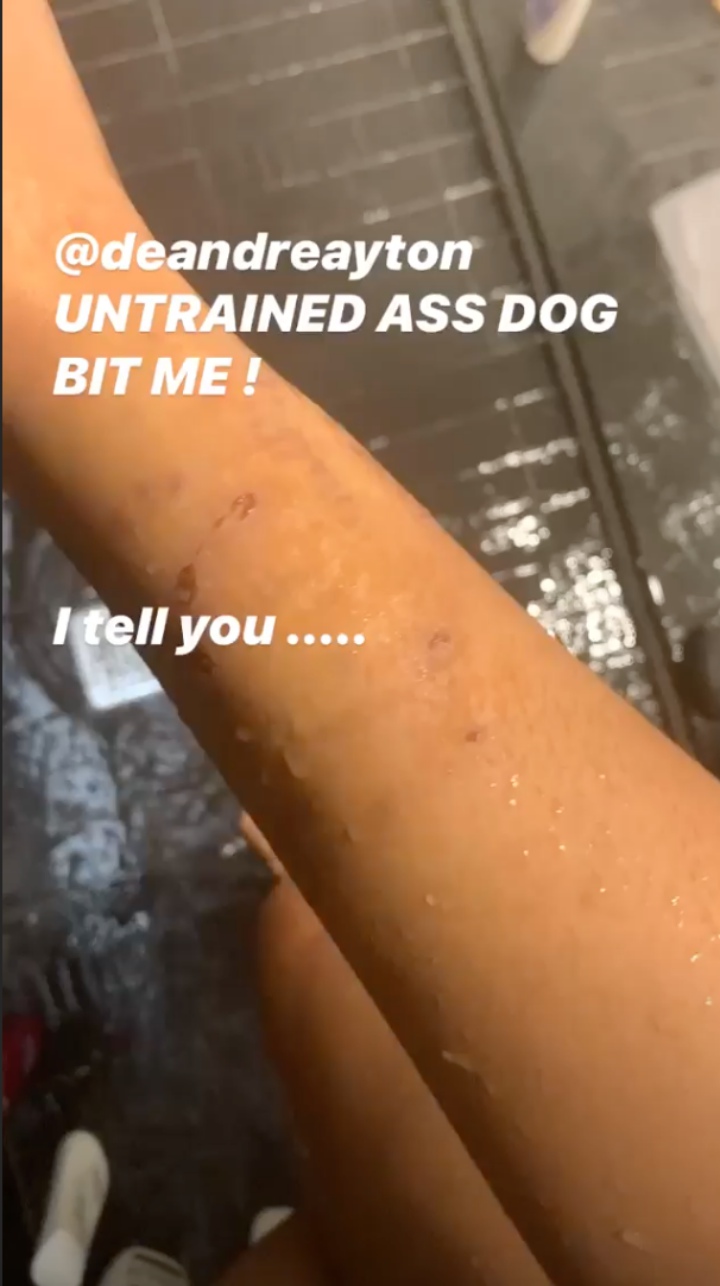 According to the gossip blog, the incident happened when Deandre brought Katt to his home as his girlfriend was not present. That was when the dog attacked Katt.

Rather than feeling symphaty for Katt, people were making fun of her. "Smh dog more loyal than the n***a extra treats for him," one said. "Dog more loyal than her dude tragic but get it doggie," another similarly said, while one more person wrote, "That’s what the dog suppose to do she getting loyalty from the dog and not her man."

"The dog wanted proof for its owner...a chunk of meat...test the dna mom..you'll find her..," someone else weighed in. "Talk about loyalty. at least she getting from the dog," an individual commented. Another person, in the meantime, said, "The girlfriend trained the dog to attack unknown girl faces." There was also someone who wrote, "Now y’all know animals is way more LOYAL than humans no one should be shocked, and he should’ve known better."

Meanwhile, an individual said, "Loyalty! If only the owner had some!" One more person decided to take it as a life lesson and wrote, "Takes notes to get a dog my next relationship."

'RHOA': Kenya Moore Insists NeNe Leakes Tried to Spit on Her Despite Denial

Adrien Broner Exposed for Having Sex With 18-Year-Old Instagram Star, He Responds