Weighing on the news about the first animal which has tested positive for COVID-19 in the U.S., the 'Bodak Yellow' raptress claims Joe Exotic's nemesis gave a tiger the disease.

AceShowbiz - In the midst of the ongoing coronavirus pandemic, news about a tiger at the Bronx Zoo in New York City testing positive for COVID-19 has caught everyone by surprise. Believed to be the first known infection in an animal in the U.S. or a tiger anywhere, the rare case has also caught Cardi B's attention.

A known fan of "Tiger King: Murder, Mayhem and Madness", she weighed in on the news and linked it to a star of the popular Netflix documentary series. She suggested that animal right activist Carole Baskin gave the tiger coronavirus. In a comment of an Instagram post about the tiger's illness, she wrote, "I'll tell you how …....CAROL F**KIN BASKIN."

Ever since she got hooked on the show, Cardi has made it be known that she's not on team Carole. She took to Twitter to show her support for Carole's nemesis Joe King, who has been in jail for trying to have Carole killed.

"They did Joe so dirty over and over again," she tweeted in late March. Asking people about their opinions regarding the feud between Joe and Carole, she wrote, "Who you think is more wrong? Narcissist joe ? Or Greedy Carol ? And why ?" She then added in another post, "Bout to star a gofundme account for Joe. He shall be free."

She, however, wasn't serious with her last tweet. After an online news platform noted that she would not be allowed to raise money for the convicted former zookeeper on GoFundMe, the Bronx femcee clarified that she was only joking. "Omg I was just playing," so she wrote on Monday, March 30. The "Money" raptress added that she still supported Joe though, stating, "I do love him tho and he deff needed better representation."

The Wildlife Conservation Society made the announcement on Sunday, April 5 that a 4-year-old Malayan female tiger named Nadia has tested positive for coronavirus, which until recently only affected humans. The diagnosis was confirmed by the USDA's National Veterinary Services Lab.

The organization added that other animals of theirs, including three other tigers and four lions, have shown COVID-19 symptoms of late, such as a dry cough. These animals, however, have not been tested for coronavirus.

While this is the first animal case of coronavirus in the U.S., a couple of dogs in China were previously reported to have contracted COVID-19. The USDA's Animal and Plant Health Inspection Service, however, stated on its website that humans can give the illness to humans, "at this time, there is no evidence to suggest that any animals, including pets or livestock, can spread the COVID-19 infection to people." 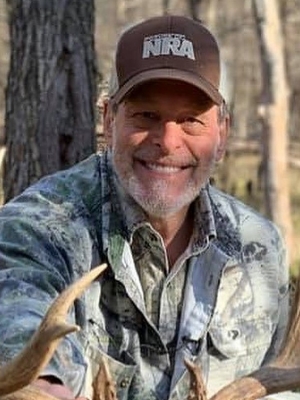