In response to the 'Given to Fly' band's opposition, New Jersey Representative Bill Pascrell Jr. States that they 'have been led astray' about his BOSS Act legislation.

AceShowbiz - Pearl Jam's objections to a bill that would result in an overhaul of the concert ticketing industry in the U.S. have been dismissed.

In January, the "Given to Fly" group wrote to New Jersey Reps. Bill Pascrell, Jr. and Frank Pallone, Jr. to oppose the BOSS Act, which aimed to bring greater transparency to the ticketing business and give consumers easier access to tickets through primary and secondary markets.

The bill included provisions such as banning non-transferable ticketing, and requiring primary ticket sellers to disclose the total number of tickets that would be offered to the general public a full week before the sale.

However, the group claimed the legislation would hurt, rather than protect, consumers, and scalpers who resell tickets on the secondary market, often at highly inflated prices.

The "Last Kiss" hitmakers conceded that they agreed with a number of other elements in the bill, including provision that would prevent the use of bots and require disclosing all ancillary fees upfront, but remained opposed to it in its entirety.

In a response, Pascrell rebutted Pearl Jam's arguments against the bill, which he and Pallone first introduced in 2009, and reintroduced last June.

"Pearl Jam may know a thing or two about making great music, but they've been led astray about my legislation," he said in a letter to the band on Thursday, February 20. "I would be happy to speak with the band about why Live Nation-Ticketmaster doesn't care about their fans and wants to preserve a corrupt marketplace."

Pascrell's letter ends with a summary of the bill's provisions, including greater transparency from secondary sellers which would inhibit them from knowingly reselling tickets at a higher price.

Pearl Jam has yet to respond to the dismissal. 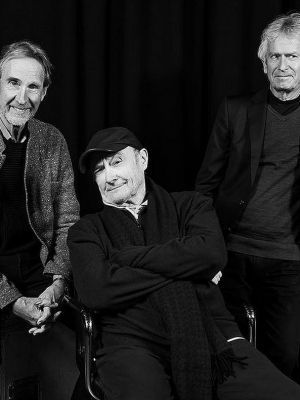