The 'Charmed' alum has clapped back at haters who criticize her for not sending love message on social media to Shannen after she revealed her stage 4 breast cancer diagnosis.

AceShowbiz - Holly Marie Combs is done being nice to Internet trolls. Being accused of snubbing former co-star Shannen Doherty in the wake of her stage 4 breast cancer revelation, the Piper Halliwell of "Charmed" clapped back at haters who criticized her on social media.

On Friday, February 7, the 46-year-old took to Twitter to address her lack of public support. "Let's get one thing straight. I don't use social media to send messages to people I've known for 30 years," she stated. "You can. But I don't." A short while later, she reposted a video of a kitten cuddling a teddy bear with a note that read, "This," she said. "Cuz Twitter is filled with idiots."

Holly Marie Combs clapped back at trolls who accused her of snubing co-star Shannen Doherty. 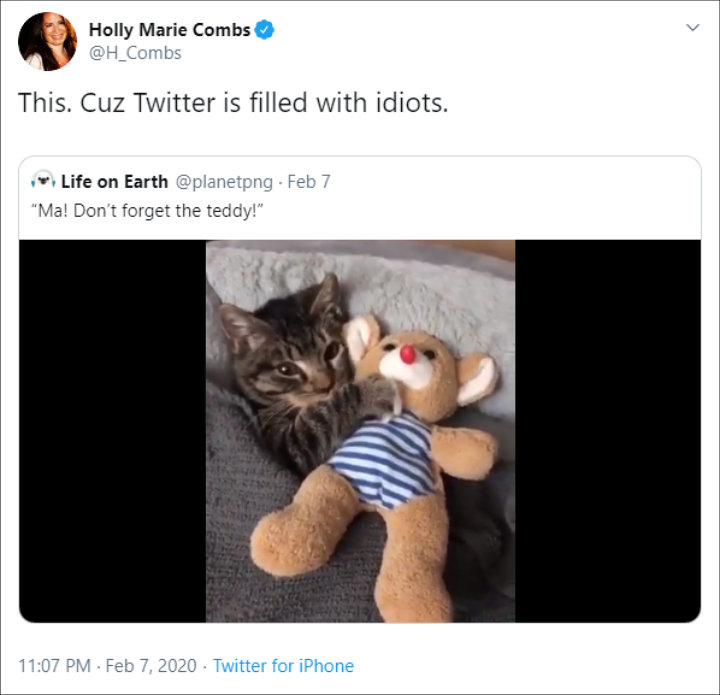 Combs' lash back quickly gained support from other users, including one from former co-star Alyssa Milano. "I support this 100%," replied the 47-year-old actress. Other users responded with comment such as "Perfect answer to all haters! People can be so rude an hateful. You're amazing" and "This tweet wasn't mandatory but it looks like certain people are not intelligent enough to understand how normal people act."

Not all Twitter users were as supportive though. One person tweeted back, "We know you didn't send anything." Another one asked, "What is social media for?" A third one, in the meantime, quipped, "Is this about my happy birthday Facebook message to my grandma?"

Doherty came forward with her latest breast cancer battle three years after she went into remission. On February 4, she opened up to "Good Morning America" as sharing, "It's a bitter pill to swallow in a lot of ways. I definitely have days where I say, 'Why me?' And then I go, 'Well, why not me? Who else besides me deserves this?' None of us do." 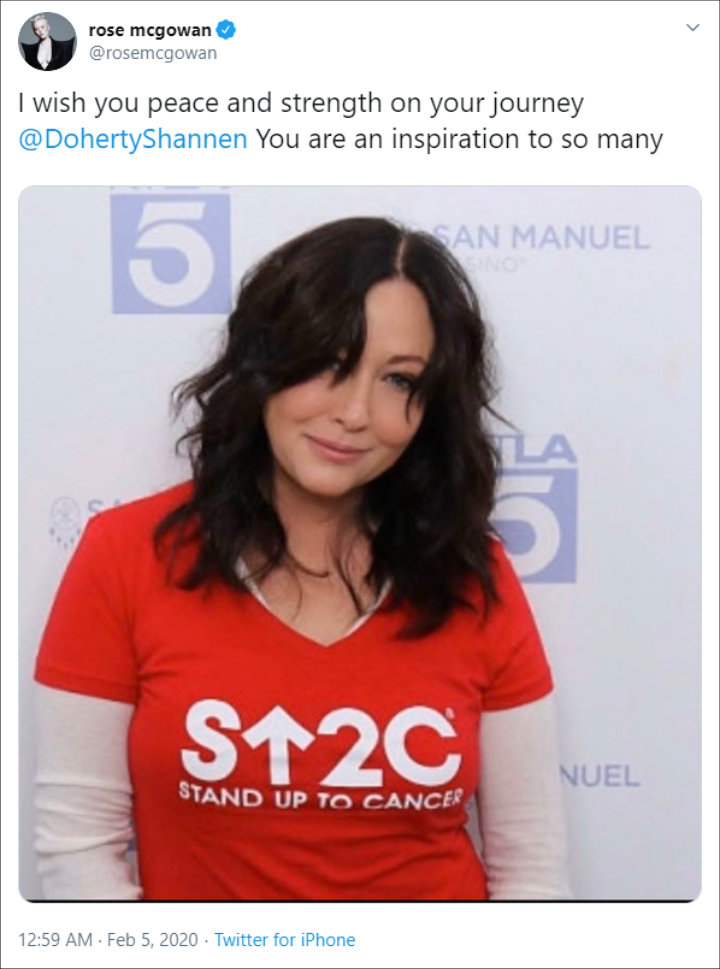 Following her tearful announcement, the "BH90210" star have been flooded with message of supports. Former co-star Milano turned to Instagram to tell her, "Holding you tight in my heart, @theshando." Rose McGowan, who joined "Charmed" after her departure tweeted, "I wish you peace and strength on your journey @DohertyShannen You are an inspiration to so many."