The late diva and the late rapper join Depeche Mode and Nine Inch Nails among others to be inducted into the Rock and Roll Hall of Fame in an upcoming ceremony.

AceShowbiz - Whitney Houston, the Notorious B.I.G., and Depeche Mode are among the music legends who will be inducted into the Rock and Roll Hall of Fame this year 2020.

The Doobie Brothers, Nine Inch Nails, and T.Rex are the other three nominees who will be honoured by the organisation at a ceremony in May.

As three of this year's inductees, Whitney, Biggie, and T. Rex, have passed away, they will be celebrated with tribute performances at the event at the Public Auditorium in Cleveland, Ohio. Living stars traditionally perform at the bash.

"I was really happy about it," he gushed. "It's something that we've been thinking about for a long time. That's kind of one of the things you always hope will happen, especially with a band like ours that has been around this long. We're celebrating 50 years."

However, he revealed that the calibre of stars yet to be inducted meant he was slightly shocked to enter this year.

"There are so many deserving artists that aren't in the Hall of Fame yet," he said. "Because of that I never thought, 'We deserve it' or 'Why haven't we been chosen?' because I look at all these other artists that are as deserving as we are. Even to be mentioned along with the other inductees, to me, is a great honour."

This year's induction ceremony will be broadcast live on HBO on May 2.

Whitney Houston Hologram Tour to Be Kicked Off in Las Vegas 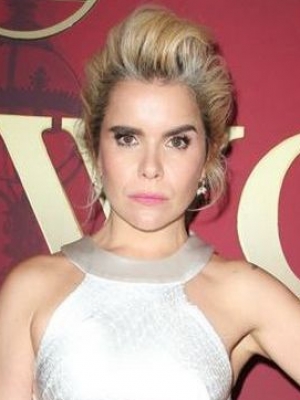