Other celebrities who command attention with their dress at the annual award-giving event, which is hosted by Ricky Gervais, include Joey King, Cate Blanchett and Kaitlyn Dever.

AceShowbiz - Big names in the movie and television industry turned heads at the 2020 Golden Globe Awards which was held on Sunday, January 5 at The Beverly Hills in California. Before the winners were announced during the live ceremony, these stars had the chance to show off their fashion on the red carpet. Among those who caught attention were Jennifer Lopez and Gwyneth Paltrow.

The Bronx diva, who is tapped as one the presenters and is nominated for an award, arrived in a white dress with a giant green-and-gold ribbon. Styling her hair in a braid bun, J.Lo was accompanied by her fiance Alex Rodriguez who dressed in a black suit. On the other hand, the "Avengers: Endgame" star opted for a fully sheer dress complete with a set of silver jewelries. 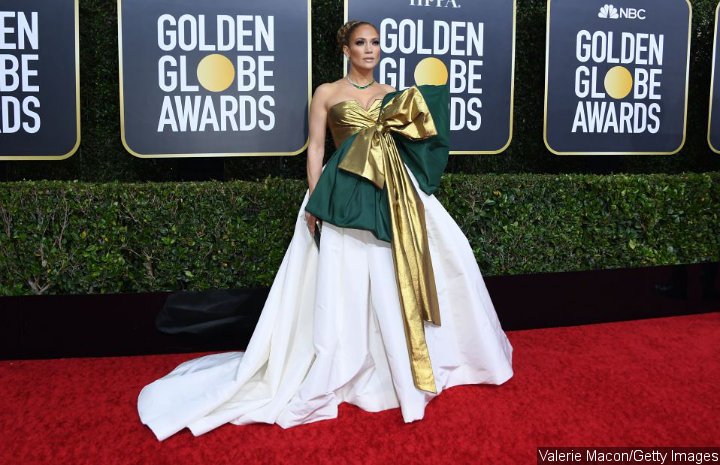 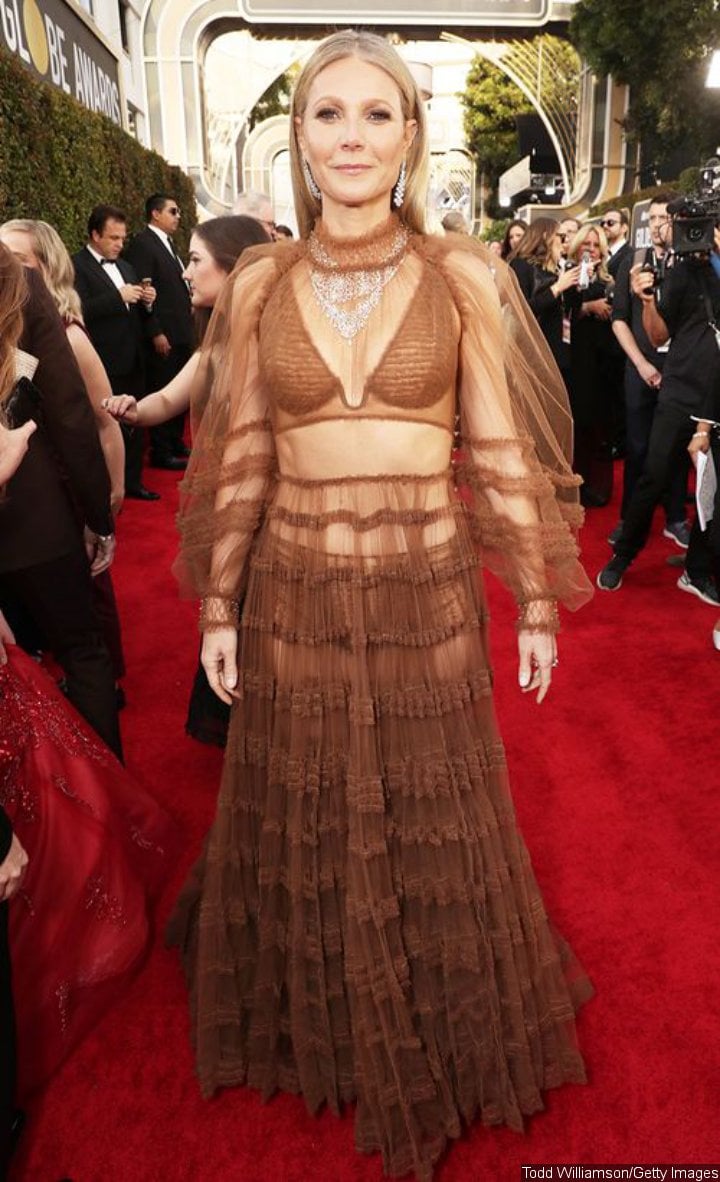 J. Lo and Gwyneth weren't the only who managed to steal attention with their unique dresses at the red carpet. Joey King looked absolutely attractive in a ruffled knee-length dress with a sheer high neck, shoulders cutouts and dramatic black-and-white striped "wings" that fluttered as she moved. The dress was created by Iris Van Herpen and was a part of her Hypnosis collection. 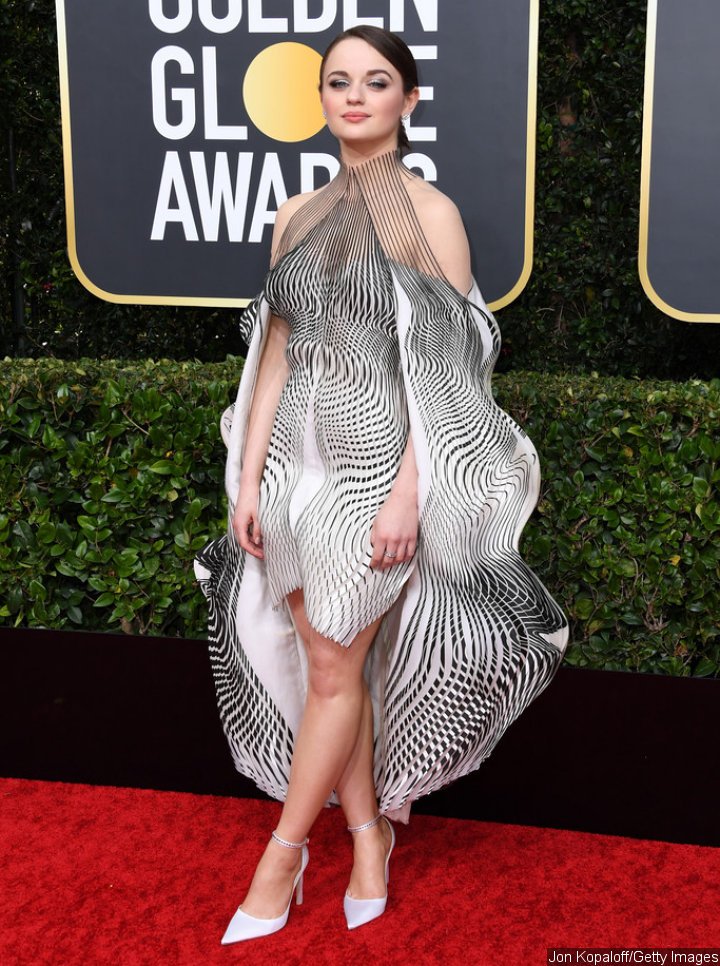 Cate Blanchett, on the other hand, had a lot of people gushing when she showed in a yellow dress with a pair of wide sleeves that were connected to each other. Meanwhile, actress Kaitlyn Dever marked her second appearance at the award show in a floral dress with poofy sleeves to and cinched waist. 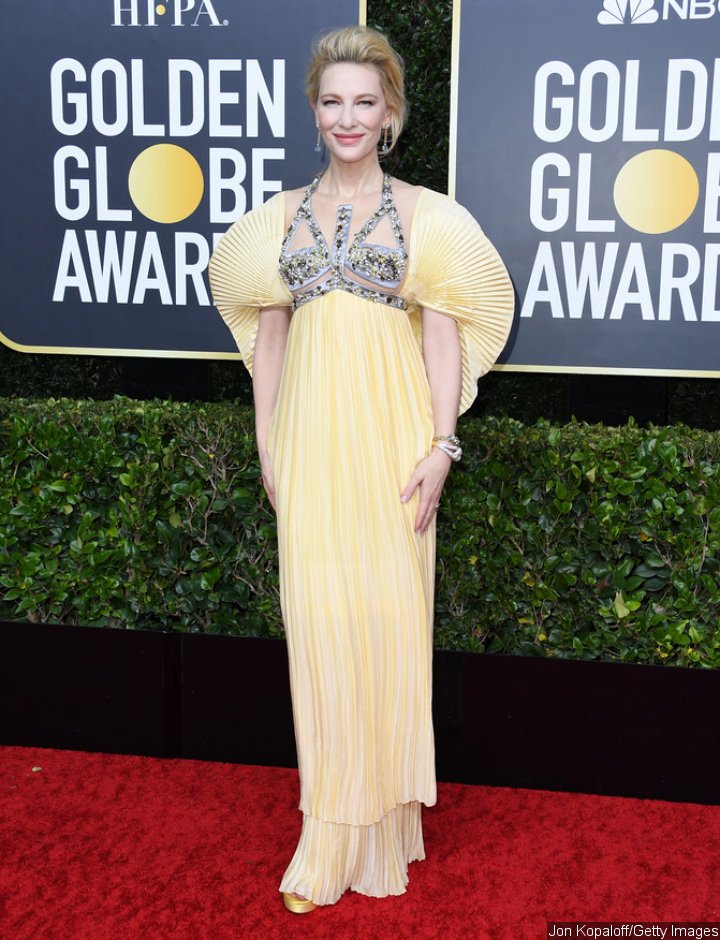 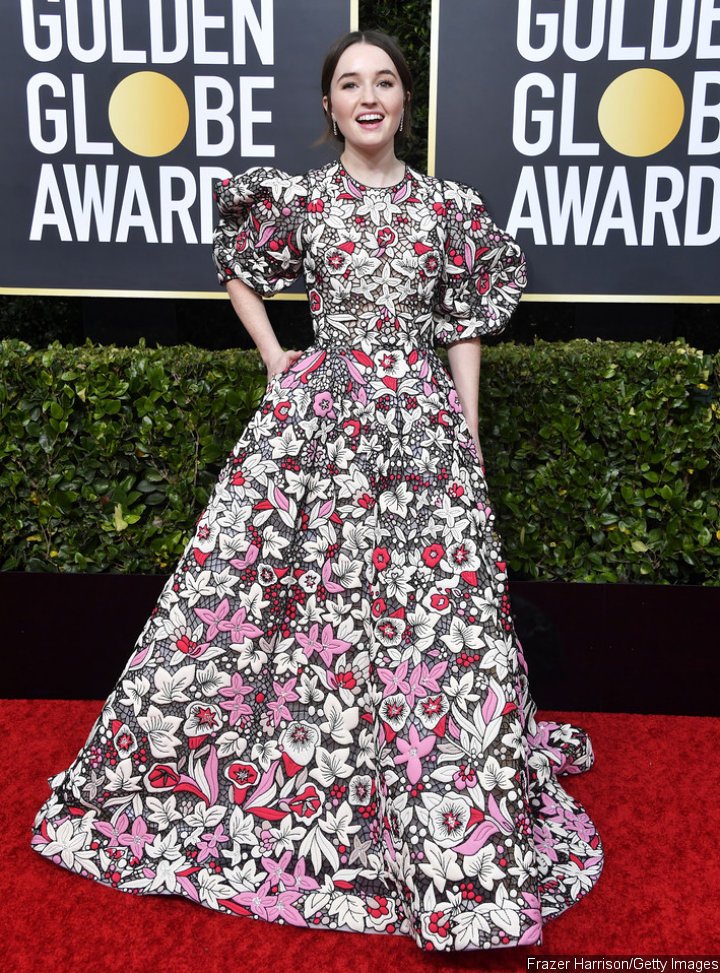 Also opting for fairy tale-esque dress were Dakota Fanning and Julia Butters. While the blonde actress looked like a real princess in a gorgeous lilac gown, her "Once Upon a Time in Hollywood" co-star rocked a tulle gown with floral details and a little black back. This marked her first time making an appearance at Golden Globes. 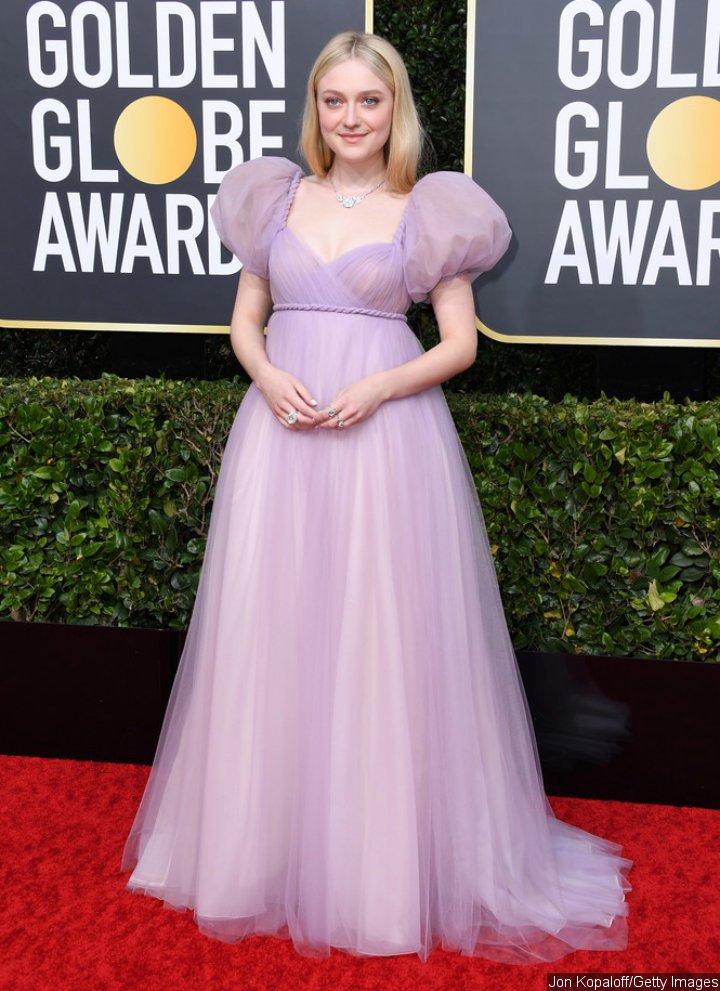 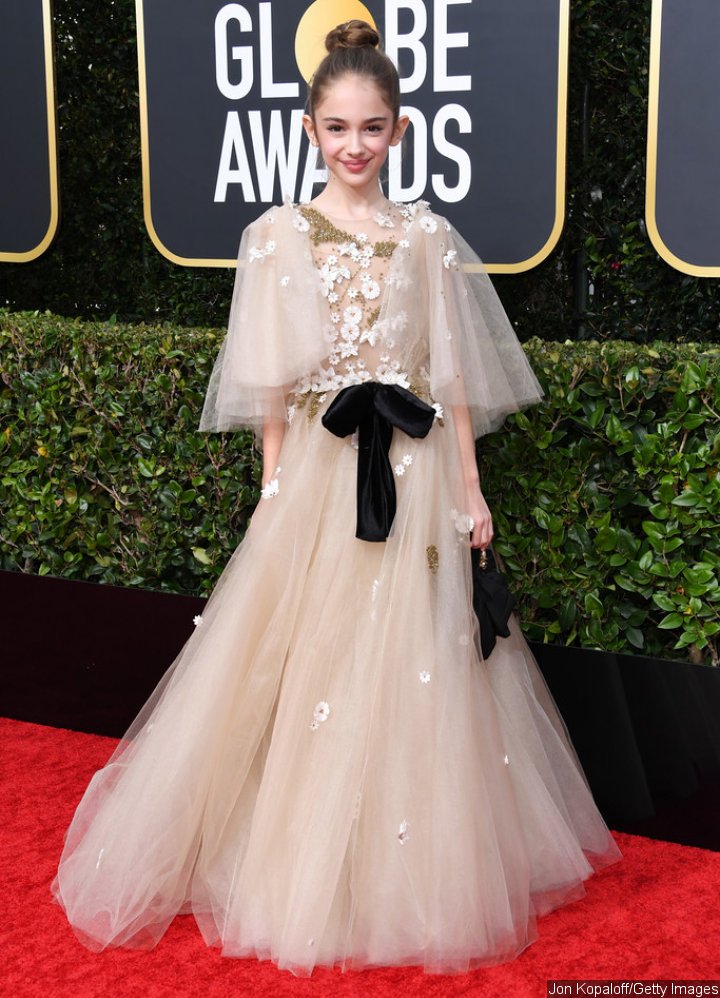 Other stars who stole attention at the red carpet included Kirsten Dunst and Margot Robbie. Making a rare appearance with fiance Jesse Plemons, Kirsten posed for the photographers in a custom Rodarte pink lace ruffled gown with Swarovski crystal details. Margot, on the other hand, kept things simple yet stunning in a strapless top and long white skirt. 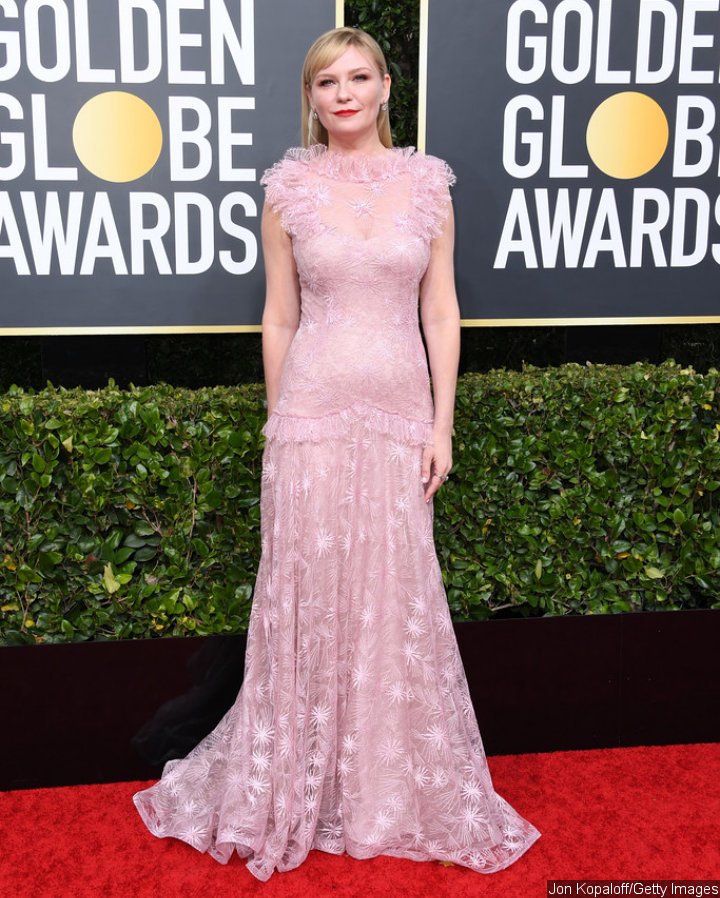 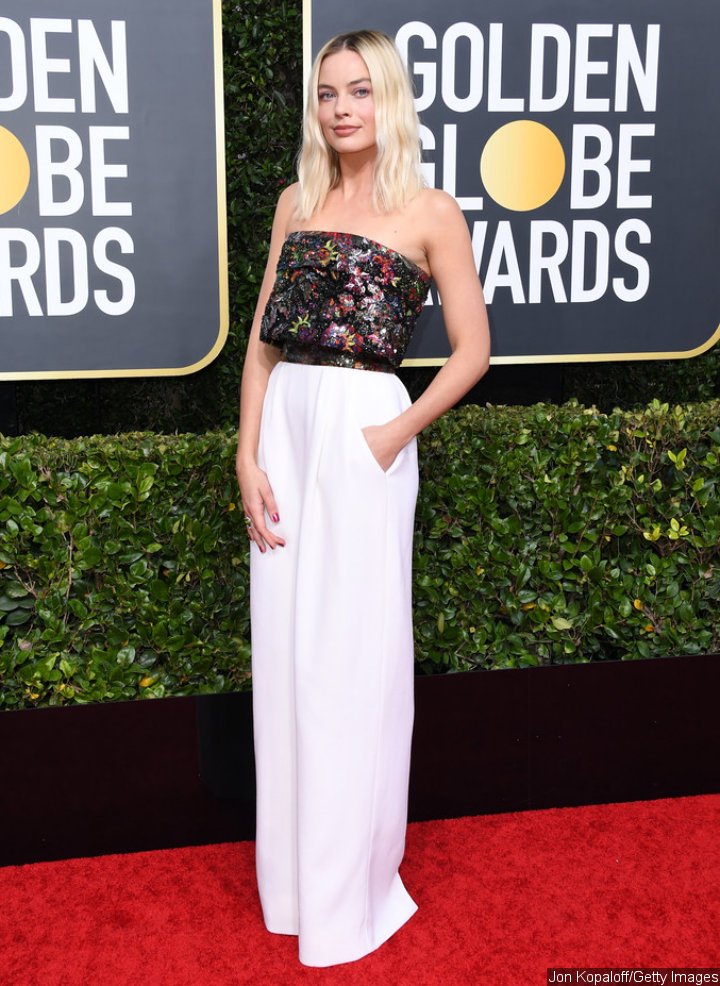 The 2020 Golden Globe Awards is hosted by actor and comedian Ricky Gervais, marking his fifth time as the host.