The 'Material Girl' star is forced to 'press the pause button' and cancel the last show in her North American Madame X Tour due to unspecified health issues.

AceShowbiz - Madonna cancelled the final show of her North American Madame X Tour on Sunday night, December 22, because she was in too much pain to perform.

The pop superstar has been plagued with injuries in recent weeks, cancelling three concerts, and after playing in Miami, Florida on Saturday night she opted not to perform the following night - on doctors orders.

"I have to accept that there is no shame in being human and having to press the pause button," the 61 year old explains on Instagram.

Sharing a video of a moment in her show, during which Madonna climbs a ladder, she admits she was in "indescribable pain."

"As I climbed the ladder to sing Batuka on Saturday night in Miami I was in tears from the pain of my injuries, which has been indescribable for the past few days," she captioned the clip. "With every song I sang, I said a prayer that I would make it to the next and get thru the show. My prayers were answered, And I made it."

Madonna resumed her tour after cancelling dates in Boston, Massachusetts earlier this month.

"I consider myself a warrior I never quit, I never give in, I never give up!!" she continued in her Christmas message to fans. "However this time I have to listen to my body And accept that my pain is a warning. I want to say how deeply sorry I am to all my fans. For having to cancel my last show.

Madonna plans to rest for a few weeks before picking up the tour again in Europe next month.

"I spent the last two days with doctors Scans, ultra sounds, Xrays Poking and probing and more tears," she adds. "They (doctors) have made it very clear to me that if l am to continue my tour - I must rest for as long as possible so that I don’t inflict further and Irreversible damage to my body."

"Things have got to change. And they will because MADAME X. is a fighter!! Happy Holidays to Everyone."

It's not clear what is causing her pain, but reports suggest a bad knee is behind Madonna's problems.

Madonna's Daughter Rips Out Trolls Commenting on Her 'Thirst Trap'

Madonna Blasts Mark Zuckerberg Over Instagram's New Privacy Policies: They Spy on You 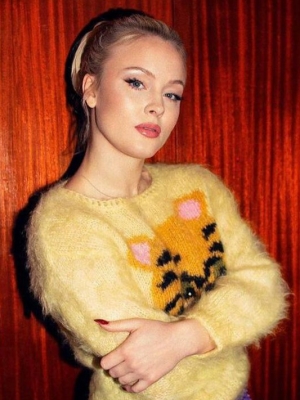