On 'Hug the Block', the rapper accuses Big Face 100 of being jealous of him and hounding him for money at their father's funeral before he declares, 'I'd kill my own brother, I ain't bluffing.'

AceShowbiz - The Game doesn't have the best relationship with his older brother Big Fase 100 ever since they cut their business ties, and he made it clear once again through a recently-released song "Hug the Block". Now, the rapper has got a response from his brother, who is clearly not happy with the shade.

The song, which is included on The Game's last album "Born 2 Rap", features the rapper accusing Big Fase of being jealous of him and hounding him for money at their father's funeral. "My daddy died, I paid for his whole funeral," he raps on the track. "You ain't even give me a hug of a pound yet/ Asking for money, daddy ain't even in the ground yet/ That ain't what bros do/ How you spend your whole life with a stranger you call you brother than don't know you?"

He continues splitting his bars, "I'd kill my own brother, I ain't bluffing/ It's a temptation of mine and you look like David Ruffin."

In the post responding to the diss lines, Big Face admitted to not listening to the song yet. However, "it has been translated for me to understand that the hater is in your mirror." Recalling the time when he first left due to "feeling underappreciated and not needed," he added, "My love for hip hop birthed yours and if my short lived push as an artist was to only spawn your career and make a way to success then that mist have been the creators plan."

He continued writing, "Never once have I said... 'That should be me.' I was very accepting of my role in the movement. But room to grow and being trusted to make a move or even have an opinion were things that I assumed were part of it. I walked away from what I helped to build with nothing. ...I kept pushin and tried to make the best of it (Brazil Street Records/One Hunned Entertainment) and every path to the bag was in one way or another blocked by you."

Big Face also expressed his bewilderment over what The Game spitted in his bars, "To use a n***a up and leave him stuck in the streets for 14 years is one thing.. But to hold all this invalid hate and disdain for a n***a is beyond my comprehension."

The Game has yet to respond back to his brother.

The Game Gets Out of Ticket After the Cop Recognizes Him

The Game Pays Tribute to Kobe Bryant With Face Tattoo 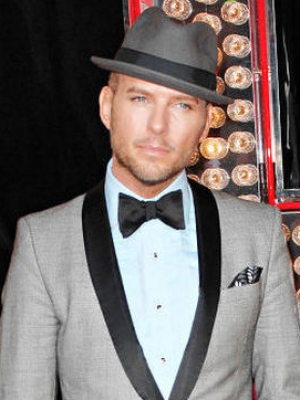