The 'Cry Me a River' hitmaker breaks silence on his scandalous boozy night out with his 'Palmer' co-star, admitting that he 'displayed a strong lapse in judgment' and is 'hurting the people I love.'

AceShowbiz - Justin Timberlake has finally broken his silence, more than a week after pictures surfaced of him holding hands with his "Palmer" co-star Alisha Wainwright. The 38-year-old singer/actor took to Instagram on Wednesday, December 4 to publicly apologize to his wife Jessica Biel.

"I stay away from gossip as much as I can, but for my family, I feel it is important to address recent rumors that are hurting the people I love," he opened his lengthy statement. Admitting that he "displayed a strong lapse in judgement" during the outing at the bar in New Orleans "a few weeks ago," he set things straight that "nothing happened between me and my costar."

He explained what happened when the pictures were taken, "I drank way too much that night and I regret my behavior." Despite alluding that he was drunk, the former NSYNC member took responsibility for his action, adding, "I should have known better. This is not the example I want to set for my son."

"I apologize to may amazing wife and family for putting them through such an embarrassing situation, and I am focused on being the best husband and father I can be," Justin continued. "This was not that." he also mentioned Alisha and the movie they're working on together, writing, "I am incredibly proud to be working on Palmer. Looking forward to continuing to make this movie and excited for people to see it."

Justin released the statement after Alisha's rep denied the hookup rumors and her father Jeff Wainwright played down the "hoopla" surrounding his daughter's boozy night out with the "SexyBack" crooner. 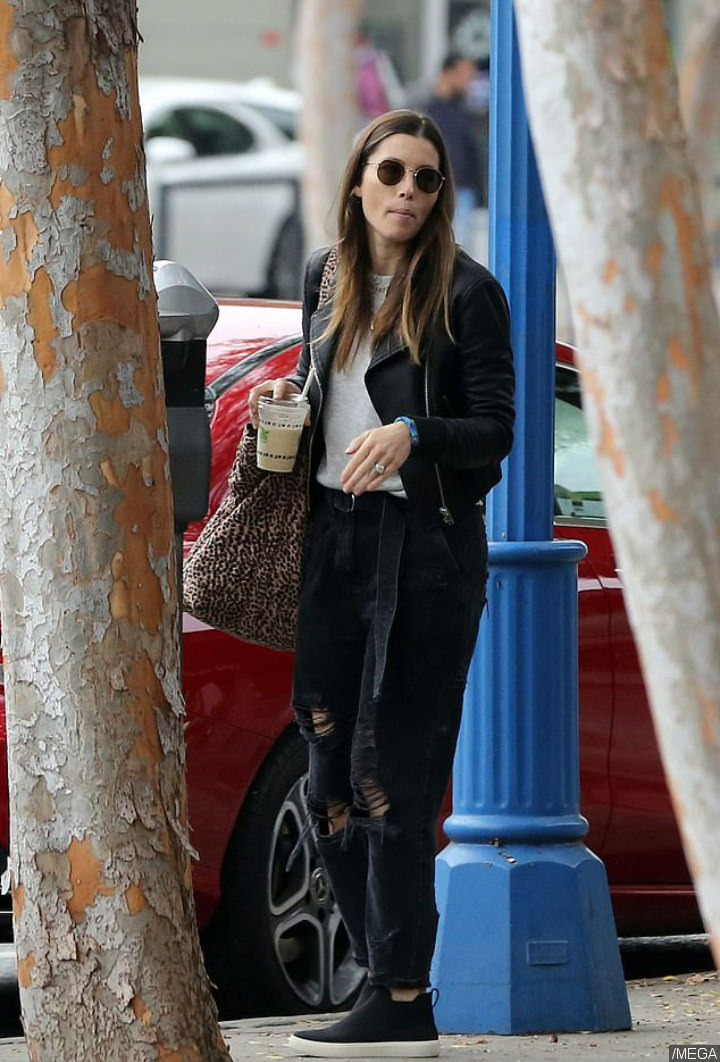 Jessica Biel still had her wedding ring on when she stepped out on Monday.

Meanwhile, Justin's wife Jessica Biel remains mum on the cheating speculation and kept a straight face when she stepped out for a solo errand trip in West Hollywood on Monday. The 37-year-old actress still had her wedding ring on though.

Alisha Wainwright's Dad on Her Cozy Night Out With Justin Timberlake: It's Just 'Hoopla'