The former Miss USA pageant contestant sports a swollen eye when she's back filming the mixed martial arts action drama in New Jersey, after getting injured on the set last week.

AceShowbiz - Halle Berry is back on the set of "Bruised", more than a week after she injured herself on the set of the movie in Newark. The 53-year-old resumed her duty as actor as well as director for the action drama pic when she's spotted in New Jersey on Tuesday, November 26.

The Academy Award-winning actress was pictured sporting a black eye while walking on the sidewalk. Her bruised eye, however, was not the result of her real injury, but was part of her character's makeup since she was in the midst of filming a scene.

Rocking long hair with blonde streaks, she bundled up in a red hoodie, a blue jacket and dark pants. She was also wearing a pair of boxing gloves. Taking on her role as director, she was seen near the camera and listening to a playback of the scene on headphones while giving direction to the crew. 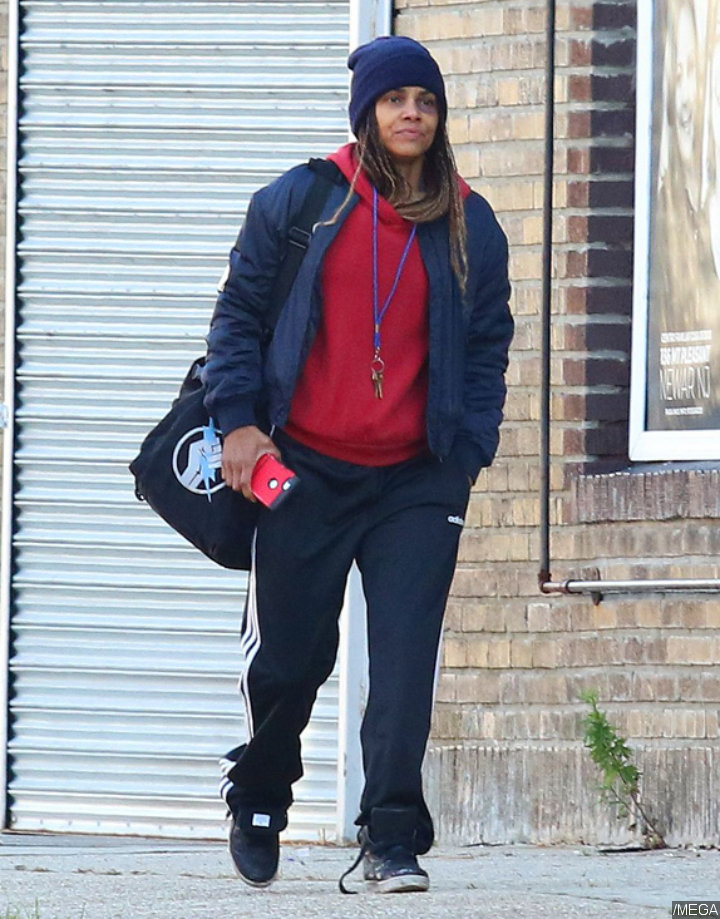 NJ Advance Media confirmed last week that production had to be rescheduled after Berry sustained an injury during a fight scene. "Halle got slightly injured in the fight," said executive producer Brian Pitt. Assuring that the injury is "nothing serious," he added of the actress, "She's tired. She needed a break."

The "John Wick: Chapter 3 - Parabellum" star later addressed her injury in an Instagram post, writing, "It's par for the course when you do your own stunts, and I wouldn't have it any other way. Just know I'm far from tired. I'm wide awake...and just getting started!"

"Bruised" marks Berry's directorial debut. The movie follows Jackie a.k.a. Justice, portrayed by Berry, a disgraced MMA fighter who has failed at the one thing she's ever been good at - fighting. When 6-year-old Manny, the son she walked out on years ago, returns to her doorstep, Jackie has to conquer her own demons, face one of the fiercest rising stars of the MMA world, and ultimately fight to become the mother this kid deserves.

No release date is set for the movie just yet.