People think that Khloe is making a reference to the headline-making scandal involving Tristan when the Cleveland Cavaliers player was busted for kissing Jordyn Woods at a house party.

AceShowbiz - Is Khloe Kardashian shading ex Tristan Thompson? The "Keeping Up with the Kardashians" star sparked speculations that she was taking aim at her baby daddy after she posted a cryptic post on her Instagram account.

On Sunday, November 24, Khloe wrote on Instagram Stories, " 'Disappointed, but not surprised' has been my biggest mood this year." The 35-year-old TV star didn't give further explanation of the post, though many assumed that she directed the message for her ex, with whom she shares daughter True Thompson. 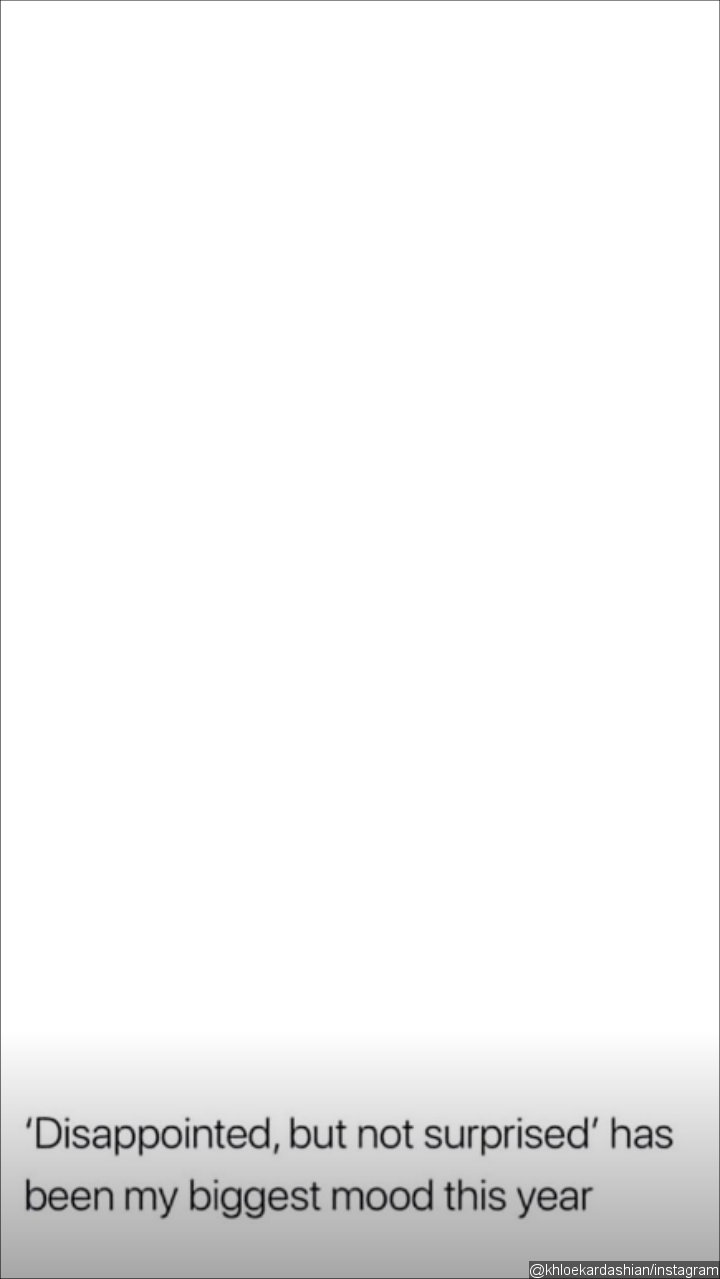 People thought that Khloe was making a reference to the headline-making scandal involving Tristan when the Cleveland Cavaliers player was busted for kissing Kylie Jenner's former BFF Jordyn Woods at a house party back in February. The scandal unsurprisingly led them to go separate ways.

The post arrived only days after she posted other shady posts on the photo-sharing platform. "My mother once told me: 'Every time you forgive him, he will love you a little more, but you will stop loving him, so the day he loves you the most you will not feel anything for him anymore,' " read the quote which Khloe shared on Friday, November 22.

Despite their split, Tristan seemingly is trying to get back together with Khloe as he was seen leaving flirtious comments on the Good American Jeans founder's posts. "At this point, Tristan feels like he has nothing to lose when it comes to his relationship with Khloe," a source previously claimed, though his moves were not appreciated by fans.

"Tristan has no plans on quitting leaving flirty emojis anytime soon on her Instagram posts and as long as he's not blocked from Khloe's social media, he's going to keep on it," added the insider. "Tristan doesn't mind that Khloe isn't following him back, he knows he still has a lot of work to do before there would even be a chance of winning her back. But Tristan feels that she is worth every ounce of effort he's putting in and isn’t one to back down from a challenge."

Artist of the Week: Summer Walker