Turning to social media after the latest mass shooting left two teenagers dead, the 'Come and Get It' singer shares her vow to never stop trying to fight gun violence.

A 16-year-old gunman killed two students and left three other teens injured before turning the pistol on himself at Saugus High School in Santa Clarita, California on Thursday, November 14, and Selena has urged fans not to turn a blind eye to the incident.

"I know people speak on this a lot because of how often it happens," she wrote on Instagram on Friday above a screenshot of an article from the Los Angeles Times about the shooting. "Please don't get numb to it. I'm not sure if I can do anything but I will never stop trying." 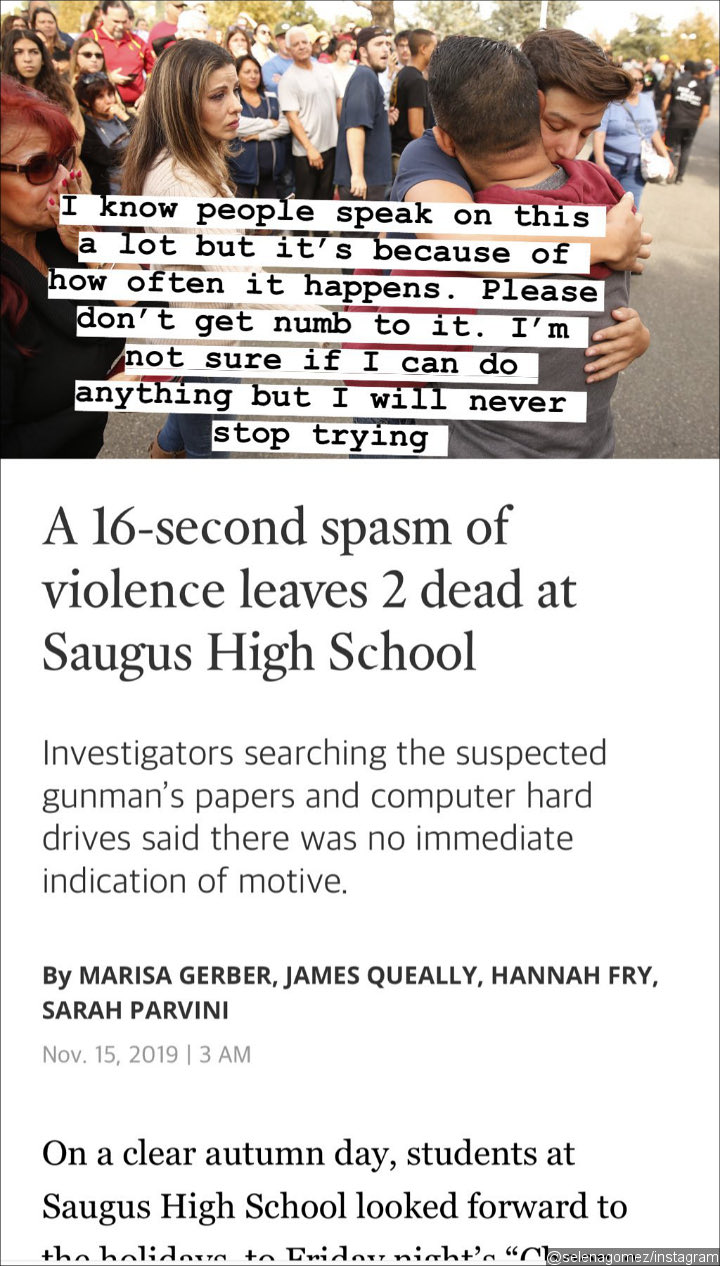 An hour later, the "Come & Get It" singer shared another message of support online to those who suffered during the violent attack.

"Now please pay attention to what's going on around YOU," Selena implored. "Lord I pray for protection over those affected by this heartbreaking, painful, unfair choice of someone who was severely troubled. I pray for peace that surpasses all understanding. If there's anything I can do to help I will." 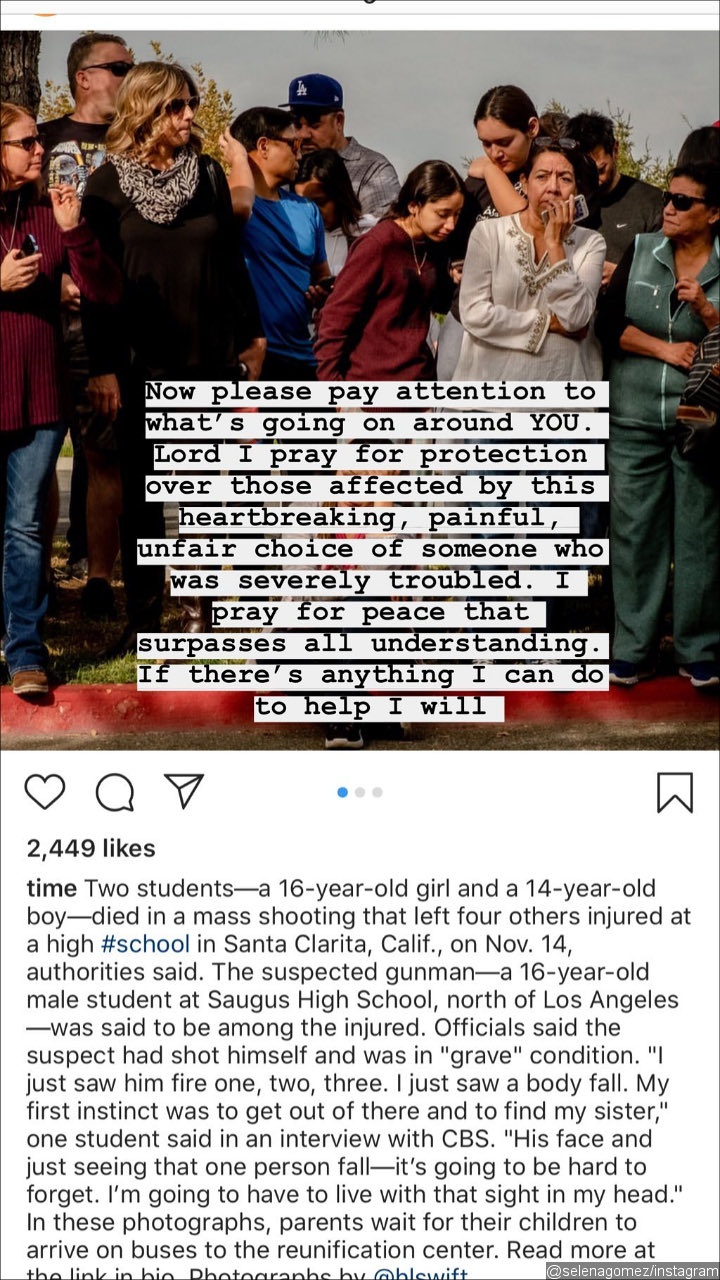 Selena has emerged as a true activist in 2019, as she has also campaigned for the protection of immigrants amid the detainment and separation of migrant families at the U.S. border with Mexico, executive producing documentary "Living Undocumented" for Netflix on the subject.

The 16-second shooting at Saugus High School occurred in the campus quad area and the alleged killer is currently in hospital in grave condition after shooting himself in the head.