The 'Tik Tok' hitmaker is concerned that there might still be many young stars suffering from abuse 'because you never really know what's going on behind the scenes.'

The 32-year-old won legions of fans a decade ago with her carefree image and hits like "Tik Tok" and "Timber", but claims her longtime producer Lukasz 'Dr. Luke' Gottwald sexually, physically, and emotionally abused her, allegations he denies.

Despite the #MeToo movement putting the spotlight on sexual harassment, and younger stars like Billie Eilish being more open about their lives, she still worries no one will know if someone is being mistreated, as she kept her allegations secret for so long.

Adding it's sad "that enough people have been assaulted and treated poorly that there has to be an entire movement," she says of #MeToo.

The star has been locked in a bitter legal battle with Dr. Luke since 2014, when she attempted to sue him over her allegations, and tried to get out of her recording contract with her label RCA Records. He vehemently dismissed her accusations and subsequently countersued her for defamation.

Kesha returned to music after a five year hiatus with her album "Rainbow" in 2017, and is planning to release a new collection, "High Road", in January 2020.


She says that she's now happy again - although it's taken her a lot of therapy to get over the alleged abuse and cope with the bitter legal battle.

"I truly feel like I've been through the s**t and I have earned my happiness back," she adds. "I have God only knows the amount of therapy bills and meditation apps and transcendental meditation retreats."

Disney to Shelve 'Star Wars' Movies After 'Rise of Skywalker' - Here Is Why! 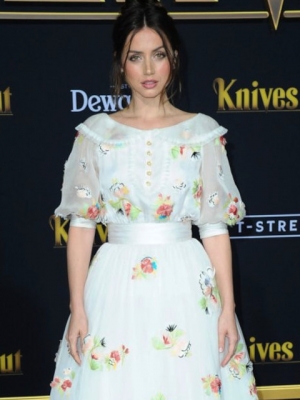 FKA Twigs: Shia LaBeouf Would 'Punish' Me If I Didn't Kiss or Touch Him Enough During the Day

T.I's Other Alleged Victim Accuses Him of Drugging and Raping Her