Solange Knowles Apologizes to Her Rumored Hookup Amid Cheating Reports

Solange calls the internet mean after people dragged her for allegedly cheating on her husband with a white man and she apologizes to the man who was spotted with her.

AceShowbiz - Solange Knowles broke her silence after she was hit with infidelity rumors following her separation from her husband of 5 years Alan Ferguson. The younger sister of Beyonce Knowles took to Instagram to address the internet chatters.

Solange revealed the so-called mystery man who was spotted with her was actually her former co-manager, John Bogaard. She denied the hookup rumors and called the internet mean for making up headlines like "she cheated on her husband with a white man."

"Yo [thank you] @onvacation for being the best co-manager for 5 years," Solange wrote on her Instagram Story. She then apologized for any inconvenience caused by the rumors, "Sorry the internetsss are so unkind n b lying go back to enjoying ya vacation." 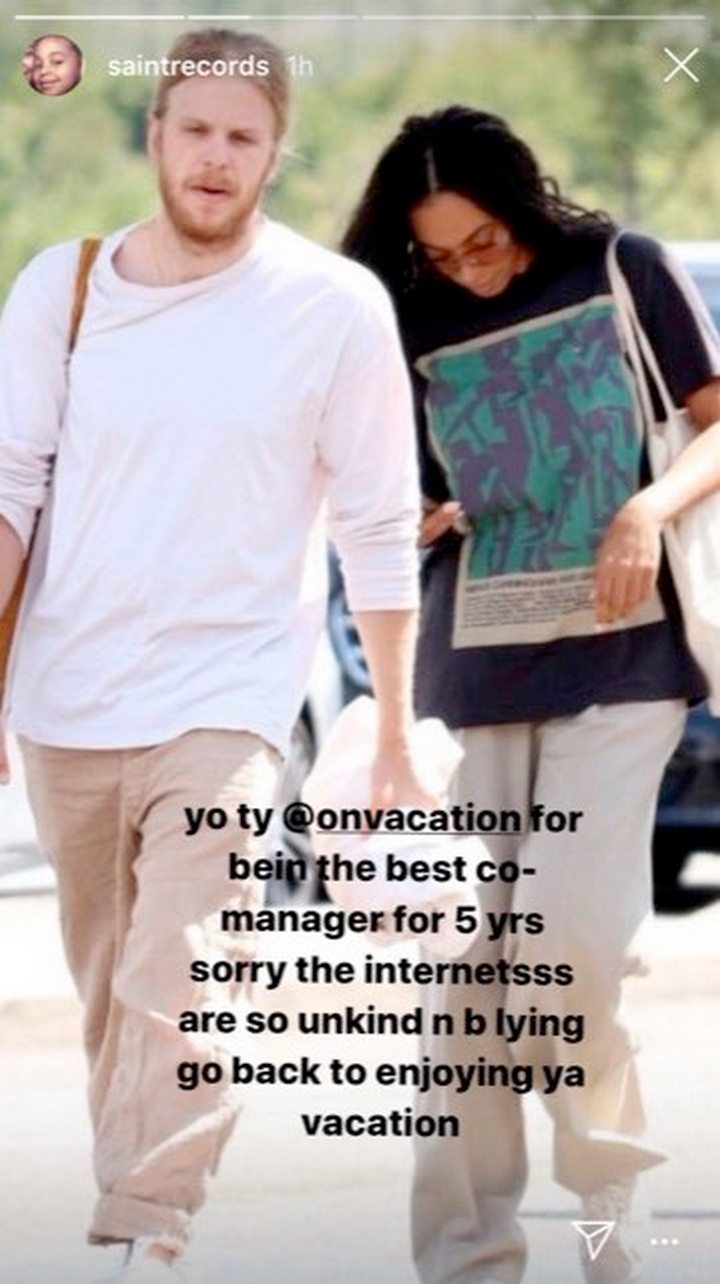 Solange was painted as a villain following her breakup announcement. People trashed her and called her hypocrite as they brought up a 2014 incident where she was caught on camera hitting Jay-Z in an elevator because he allegedly cheated on her sister Beyonce.

"Solange cheated on her husband but gave Jay-z a Haitian kick for cheating on Beyonce????" one angry fan commented. Another raged, "Solange cheated??!!!! The Jay-Z beater? I want to see how you lots will shift goal posts to justify it. Wow me."

Solange Knowles, 33, Alan Ferguson, 56, got married at the Marigny Opera House in New Orleans in 2014. The couple were in a longtime relationship before their nuptials. They went their separate ways early this year after almost 5 years of marriage, but she only made an official announcement recently. She didn't mention the reason behind their split but she said she was not a "perfect" person and called her estranged husband "a phenomenal man."

She and Alan, a music video director, have no children together, but she shares a 15-year-old son named Daniel with ex-husband Daniel Smith. She married her first husband in 2004 when she was only 17 and he was 19.

Alan Ferguson kept mum on his separation from his singer wife.

Solange Knowles Apologizes to Her Rumored Hookup Amid Cheating Reports