Making matters worse, one person posts a video of the 'I'll Kill You' singer planting kisses on her boyfriend London On Da Track, before the latter covers his nose.

AceShowbiz - Summer Walker has become the butt of the joke on the Internet following her latest comment on social media. Taking to Instagram Stories over the weekend, the R&B singer expressed how much she hates taking showers, and it quickly became a hot topic among social media users who soon began to ridicule her.

In the said post, Summer shared a picture of a washing bowl filled with bath products. "My washing bowl lol I get to wash in my bowl I hate showers," she wrote on the post. Considering that she had always been known as a "dirty looking" singer, her recent social media post definitely didn't help restore her image at all. Instead, it made people mock her even more. 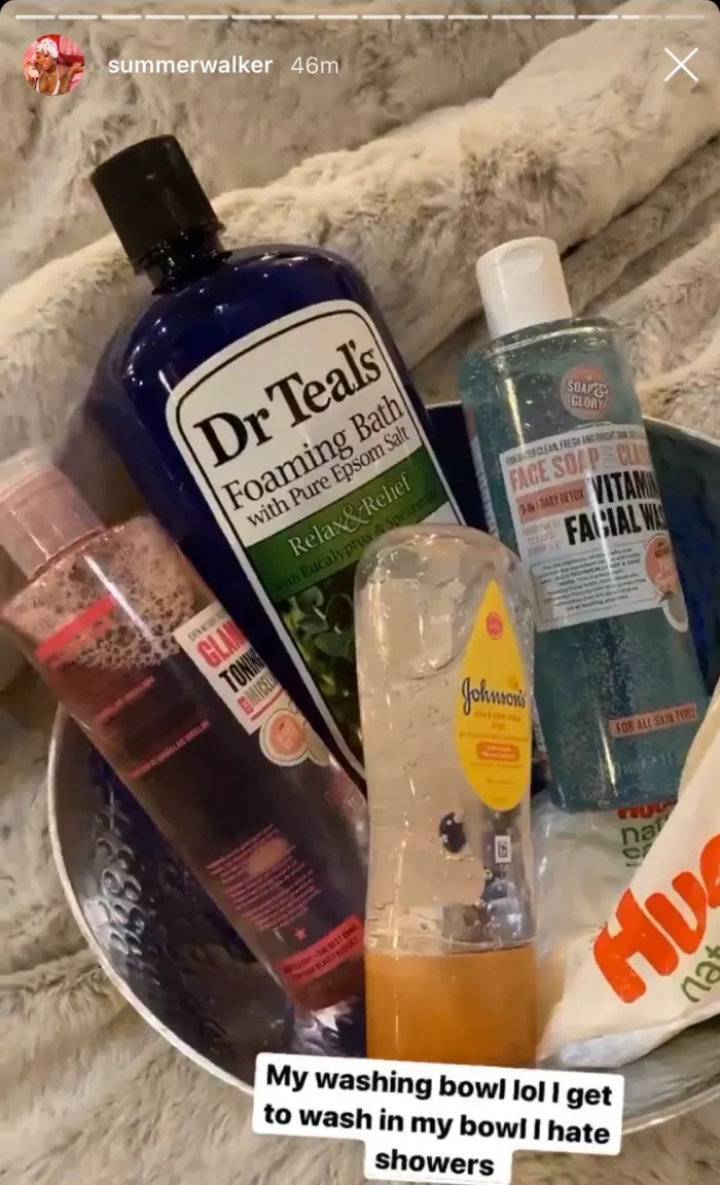 Making matters worse, one person shared a video from her recent Instagram Live session in which Summer was seen kissing her boyfriend London On Da Track. However, right after she did it, the record producer quickly covered her nose. This prompted people to think that her breath stinks. "The 'I hate to shower stuff' and now this...," someone seemed to be in disbelief, while another said, "LMFAOOO. The man looked disgusted the whole time."

The negative response was apparently too much for Summer that she finally decided to hit back at the trolls. The "I'll Kill You" singer wrote on Instagram Stories, "Stay out my comments with that dummy s**t. I take showers, I don't like them because I like baths in very nice jacuzzi or garden tubs. If I don't have time or whatever I'll take a h*e bath in the sink (something that every female has taken in their lives) yes I use soap." 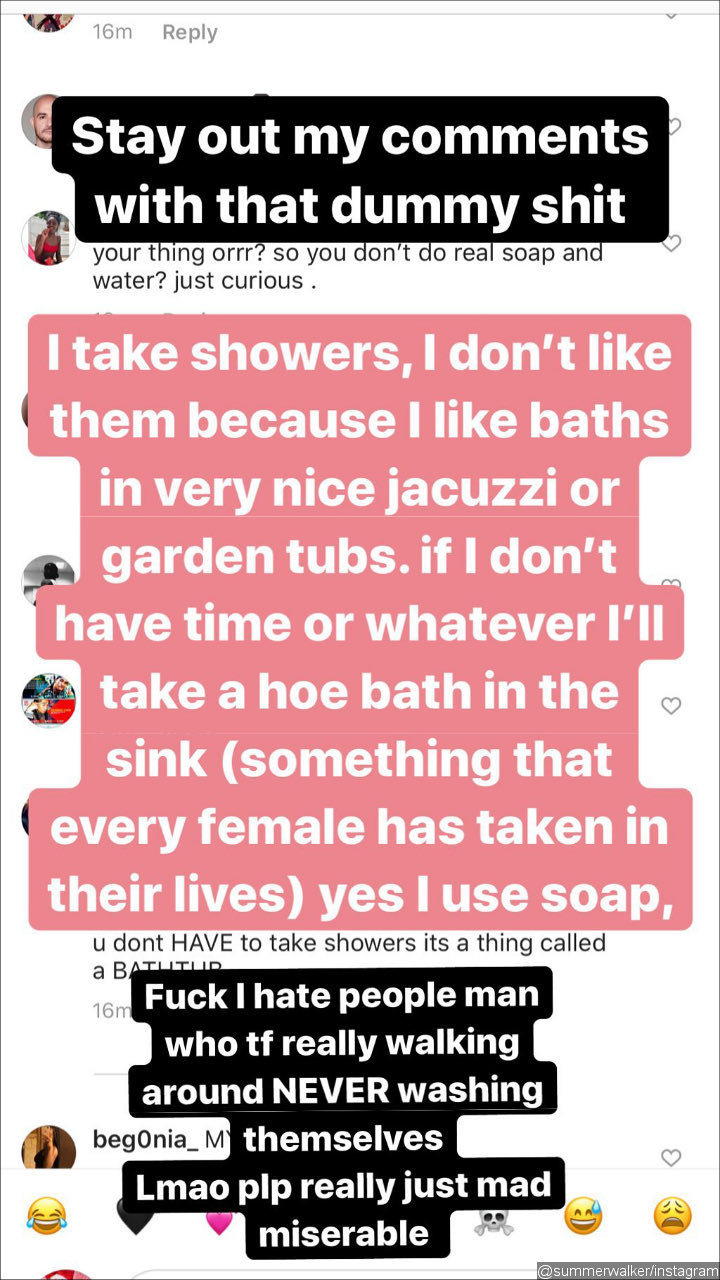 Summer Walker hit back at trolls.

Sylvester Stallone Mourns the Lost of 'Spunk and Fearless' Mother