Hours before the 'Catwoman' star tweets her support for the 'Big Little Lies' actress, it is reported that Paul Dano is in the running to star as The Riddler in Matt Reeves' 'The Batman'.

AceShowbiz - Halle Berry has joined the former movie 'Catwomen' saluting the latest addition to the elite group by welcoming Zoe Kravitz to the club.

The "Big Little Lies" star will play Selina Kyle and her alter ego in Matt Reeves' new film, "The Batman", and Anne Hathaway and Michelle Pfeiffer have already passed on their congratulations - with Halle the latest to stroke the new glamour puss' ego.

The Oscar winner took to Twitter on Thursday, October 17, and wrote: "Special shout-out to your new #CatWoman, the eternally graceful & extremely bad a** @ZoeKravitz". 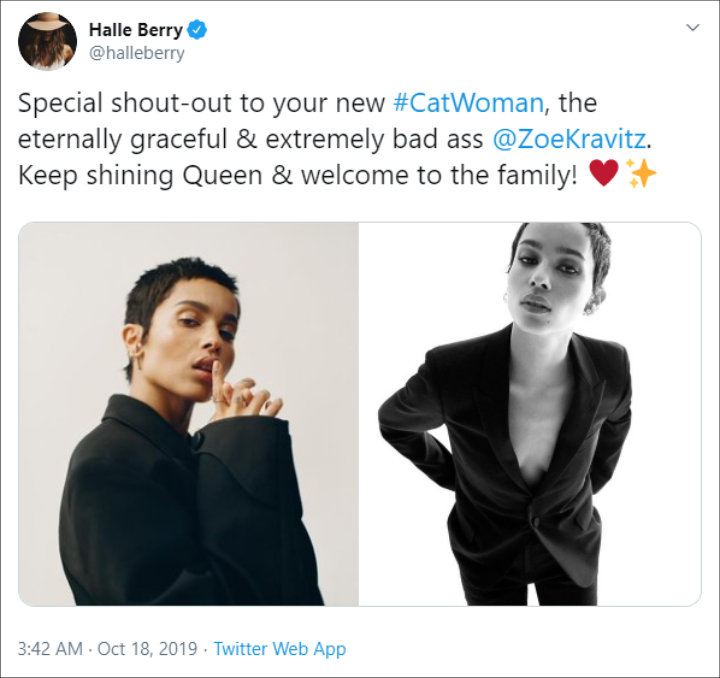 Hours before her tweet, it was announced Paul Dano is in the running to play Batman villain The Riddler in the new movie, in which Robert Pattinson will star as the latest Caped Crusader.