Tamra Judge Will Exit 'RHOC' If This Happens

While appearing on 'Watch What Happens Live with Andy Cohen', the 52-year-old Bravo personality says she's more than ready to walk away from the Bravo reality series under one condition.

AceShowbiz - Tamra Judge recently stopped by "Watch What Happens Live with Andy Cohen" to talk about her future on "The Real Housewives of Orange County". During the October 15 episode, Tamra revealed that she was more than ready to walk away from the Bravo reality series if this happens.

Host Andy asked her a popular fan question which read, "If your daughter asked you to quit the show to have a relationship with her would you do it?" Without much hesitation, Tamra quickly responded, "Yes. Yeah, absolutely."

The conversation didn't go further though, as Andy only nodded his head before moving on to the next question.

Tamra shares three children, Sidney (20), Spencer (18) and Sophia (13), with her ex-husband Simon Barney. The 52-year-old TV personality has a rocky relationship with Sidney since the reality star divorced her father back in 2011. Tamra and Simon were granted legal equal custody of their three children, though she gave up custody of Sidney when the latter decided that she wanted to live with Simon full-time. Additionally, Tamra is a parent to 33-year-old Ryan Vieth.

Tamra previously got candid about the "silent pain" she'd been feeling from being away from Sidney. Sidney later allowed her mother to attend her high school graduation, though she had several conditions for Tamra including not posting anything on social media. When Tamra decided to share some photos from the big day on her Instagram account, that prompted Sidney to reveal in a Facebook post that she did not want her mother in her life.

In 2018, Tamra said that she kept trying to reach out to her daughter through text, adding that she sent her text "probably once a month" to "tell her I love her, my door’s always open to her, and I hope life’s treating you well." However, it wasn't reciprocated since Sidney did not reply.

THR 100: Disney's Bob Iger Holds on as Most Powerful Person in Entertainment 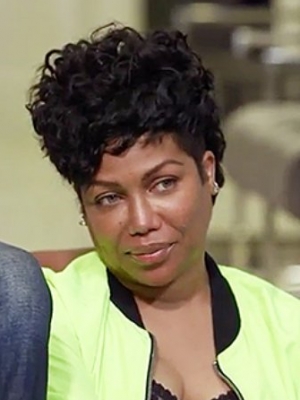