Ricardo Chavira expresses his disappointment about his former castmate's punishment for her role in the college admissions scandal, declaring that he is 'tired of stupid people.'

The actor, who played Eva Longoria's TV husband Carlos on the show, insists his one-time castmate's punishment is too lenient - and another example of "white privilege" in America.

"I saw Eight years worth of it (on 'Desperate Housewives'), so I know what I'm talking about," Ricardo tweeted. "Accountability and Responsibility don't mean s**t to these people."

"I've seen a lifetime of it being a halfbreed, and I've struggled w (with) the intricacies of it on a daily basis w all the cultural bias I've received on both ends. But whatever. Slap on the wrist. Sorry, but this s**t."

"(I'm) tired of stupid people and their stupid arguments. If you haven't lived it, you really have no say. Stay in your lane." 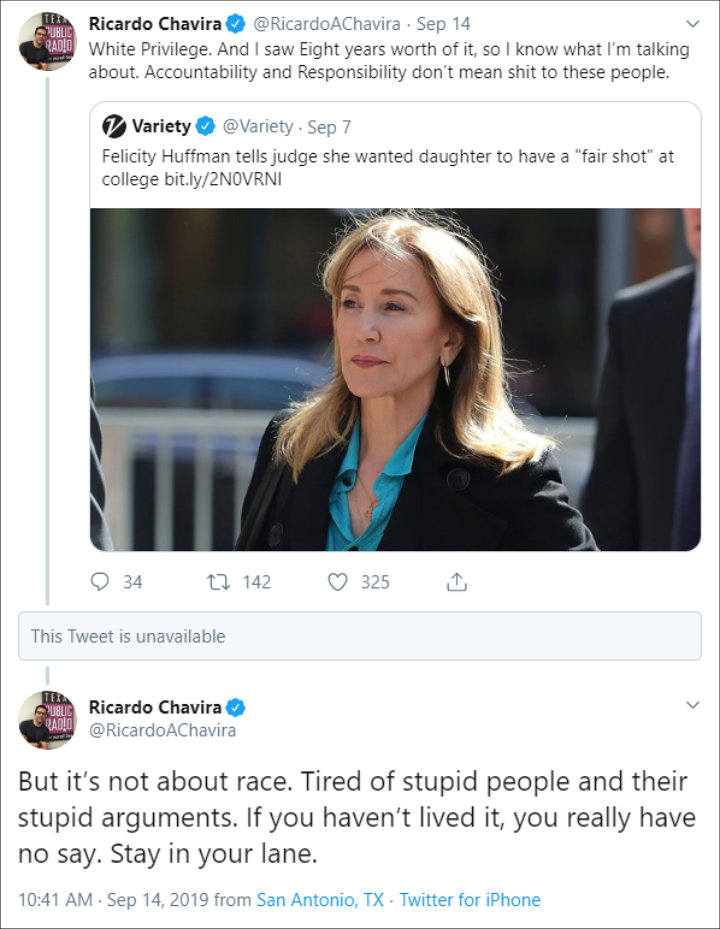 Earlier this year, Huffman pleaded guilty to charges she bribed education officials in a desperate attempt to score her daughter a place at an elite university. She learned her fate in a federal courtroom in Boston, Massachusetts on 13 September and will serve 14 days behind bars. She will also have to pay a $30,000 (£24,000) fine, complete 250 hours of community service and she will be on probation for one year following her release from jail.

She was one of 30 parents charged with cheating the system.